Organ donor registrations spiked after the Humboldt tragedy, inspired by the "Logan effect"

Logan Boulet, who died in the Humboldt Broncos bus crash, had signed his organ donor card just weeks earlier. The story of the lives he helped through his donation spurred others to do the same across the country.

When Logan Boulet turned 21, he signed up to be an organ donor and made his decision clear to his family. When the young hockey player died mere weeks later in the fatal Humboldt Broncos bus crash, there was no question about what to do with his organs. “Logan’s strong heart continues to beat,” said a Neil Langevin, Boulet’s godfather, in a Facebook post the day after the incident. A total of six people received organ donations from the young defensemen, and some were donated to science.

People across the country were inspired by Boulet’s premeditated generosity. In the wake of tragedy, such as the bus crash or the Toronto van attack, Canadians have reached out to help in many ways. In the days that followed the bus crash, provincial organizations were flooded with calls about becoming an organ donor.

READ: ‘It was the last time we saw him’: an oral history of the Humboldt tragedy

Dubbed “The Logan Effect”, we can now see what that surge in online organ donor registrations looked like in some provinces: 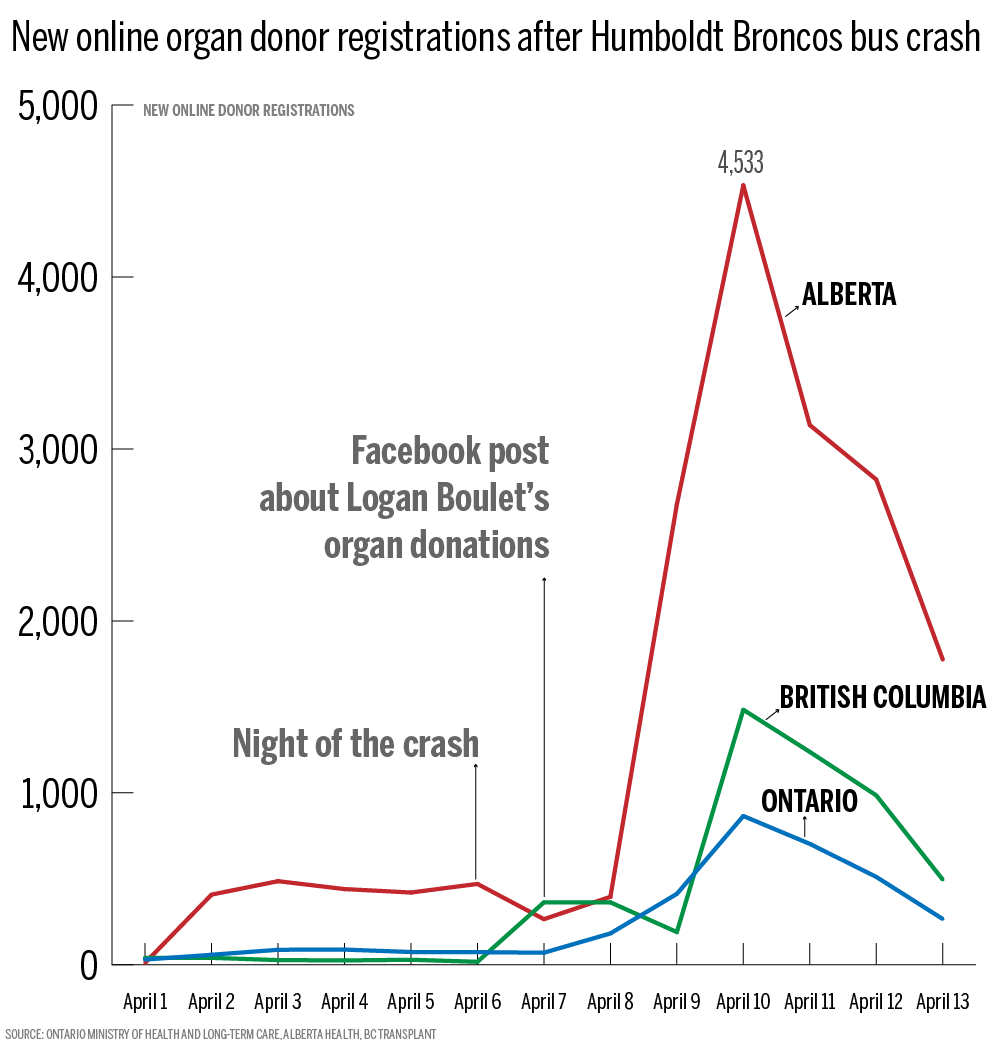 Not all provinces have online organ donor registrations. Saskatchewan, the home of the Broncos, doesn’t have one, but the province’s Ministry of Health has said there was a “significant increase” in calls about organ donation following the accident.

Blood donations also spiked across the country. Following the crash, one Saskatchewan clinic was over its capacity with a 50 per cent increase in donations.

After the Toronto van attack, Canadian Blood Services said there has been “a noticeable increase” in blood donations in the city this week. 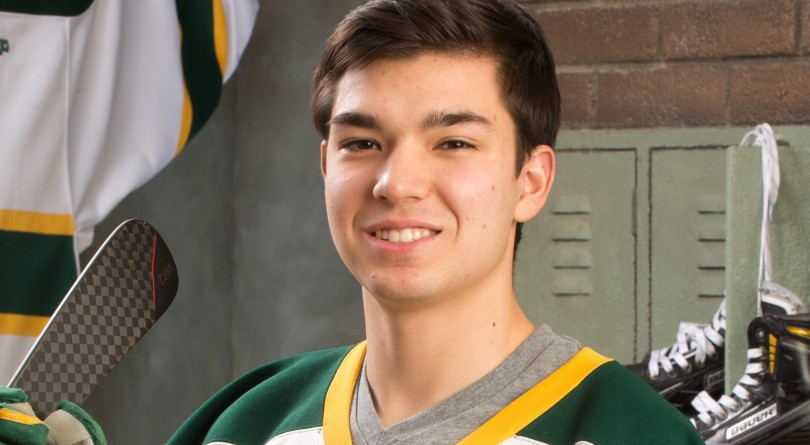