How B.C. and Alberta can get out of their trade war before it gets worse

It involves a lot of 'ifs,' admittedly, and a prime minister acting as statesman within his own borders 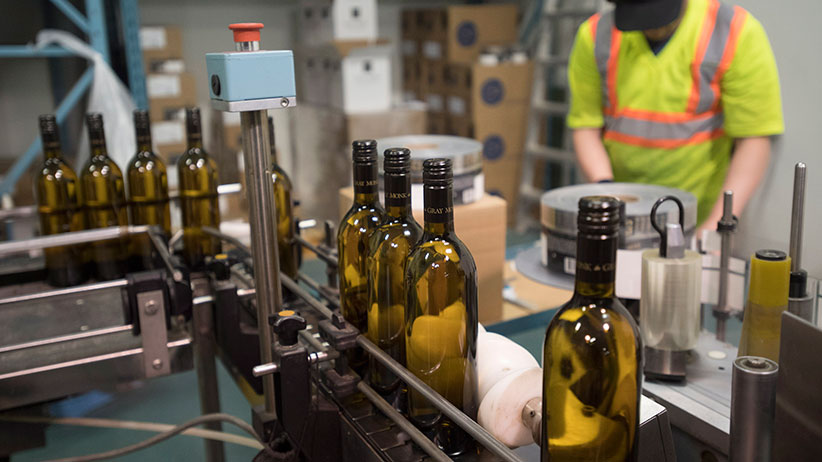 Give credit to Alberta Premier Rachel Notley for the best conversion of a punchline to an actual news headline since Americans elected a reality-show billionaire to the presidency. The new ban on wines from British Columbia—which leaped from a dark joke to a Fort McMurray restaurateur’s quirky protest to government policy—turns out to be one of the easiest retaliatory measures Notley could enact in response to B.C. proposal to restrict new bitumen transmission. Unlike products such as beef, tree fruit or lumber, wine flows into Alberta through a single (ahem) pipeline—the provincial liquor commission, through which all liquor stores and agents must go. And the government could easily pinch that point.

It’s also a move that’s highly visible on both sides of the Canadian Rockies; while this issue has been the singular obsession for a week in oil-dependent Alberta, it has competed for attention in B.C. with auto insurance reforms, the opioid crisis and the ever-present housing file. Alberta, by dragging the proud export of the Okanagan Valley into this spat, has swiped a leather glove against its neighbour’s cheek.

Thusly provoked, B.C.ers will defensively stock up on their province’s wines, just as Albertans patriotically bought beef last decade when the U.S. border snapped shut due to one Canadian bovine contracting mad cow disease. So far, John Horgan has resisted the traditional political imperative to retaliate and defend his wine producers—a chance for the B.C. premier to rally voters behind him on something they mostly love (wine) for the sake of something that divides them (pipelines). Instead, his response Wednesday was to call Notley’s manoeuvres a “distraction” for his bid to make B.C. life more affordable, while reiterating his province’s belief that its environmental laws can stifle the flow through a federally approved pipeline that happens to be vital to its neighbour’s resource economy. (That last bit ensures Notley can’t rightly view this as a distraction, at least not if she wants to keep her job.)

RELATED: In B.C. and Alberta’s pipeline fight, only one side is unified

And Notley, awaiting a counter-counterpunch by Horgan, had already told Albertans her government was “preparing further action.” What next—beer? Trade restrictions on B.C. products on headed east on rails to the U.S., via Alberta?

So, here we are: two provinces are playing dress-up as feuding sovereign trading partners, embittered nations unto themselves.It’s a terrible look for a country, to be fraying along its seams even as it tries to sew up multilateral trade deals involving countries on several continents. The trade war hurts Alberta investors in Okanagan wines and B.C. labourers pining for oil conduit jobs, while generally benefiting nobody but wannabe-tough politicians, consultants and media outlets.

At least one premier is decidedly not escalating. But with no political upside yet for either premier to back off his or her provocations, and no endgame in sight, somebody has to pursue a way out.  That would fall to Confederation’s leaders in the capital.

First, Prime Minister Justin Trudeau should wrap up in San Francisco and then summon Notley and Horgan to Ottawa. The duelling NDP premiers talked last week after B.C.’s declared its anti-bitumen intentions, but not this week as Notley inflicted collateral damage upon unsuspecting pinot growers. These erstwhile political allies aren’t Donald Trump and Kim Jong Un, communicating through tweet and state broadcast. But if they’re only willing to chat via duelling press conference, what third party but a prime minister has the authority to broker a conversation, seek clearer commitments to not drag other economic sectors into the retaliatory quagmire?

RELATED: Jagmeet Singh tries not to pick sides on the Alberta and B.C. pipeline fight

Second: there are many vague or iffy calls for Ottawa to quash Horgan’s plans by asserting its jurisdiction over interprovincial pipelines, but there’s only so much the Trudeau government can do unless B.C. lays out in regulation or statute how it believes it can get away with constraining pipeline flow. To date, the province has offered little more than some press-release language about the B.C. Environmental Management Act. Notley and Trudeau should pressure Horgan to table or clearly lay out its legal manoeuvre—the B.C. premier said provincial bureaucrats would share their rationale with federal officials this week. And if it’s so important to have such a B.C. restriction in place to protect the coast and land against bitumen spills, why not just impose the regulation already, rather than delay for a year or so with consultations that seem designed to rattle the confidence of Kinder Morgan investors? The National Energy Board last December quashed the City of Burnaby’s attempts to use bylaws to hold up the Trans Mountain expansion; but the agency cannot weigh in on a merely intended delay tactic. The province would have to pass the regulation.

“I don’t think anyone wants to challenge B.C.’s ability to effectively address environmental concerns in its province,” says Bruce Ryder, a constitutional expert at Osgoode Hall Law School. “They’re absolutely right; they can do that. But what they’ll face a great deal of difficulty in doing is applying any existing or new regulations in a manner that would halt the construction of a federally approved interprovincial infrastructure project.” Trudeau and his ministers have thus far been reluctant to declare outright they’d legally fight B.C.’s proposal, which Notley has been demanding; perhaps after federal officials see the proposed action this week, they’ll be better positioned to squash Horgan’s divisive and damaging idea.

Lastly, there is room for Ottawa, Alberta and B.C. to address the issue at the heart of this new flareup of the pipeline fight: the fear of uncertainty over bitumen spill science. After numerous studies and continued new findings and new safety measures, if what B.C. wants is yet another review of the literature, perhaps numerous parties can placate that concern now, years before any pipeline construction is actually complete and the Alberta goo starts its journey. As frustrated as Albertans are, they have long lacked much in the way of empathy for the fears in the Lower Mainland and Vancouver Island. If this is really what the newest pipeline delay attempt is all about, the Alberta government can put some more cash on the line as a concession to Horgan, and fund yet another review of the research.

The “if” in this last sentence is the operative word. There are a lot of ifs. If Notley, on a political high right now, wants this political fracas to end and sensible wine trade to resume. If the Trudeau government wants to declare its dominion over projects that squarely fall within its jurisdiction and in the national interest. If the Horgan government isn’t seeking a dubious, backdoor way to relitigate a pipeline decision that somebody else already settled.