How do you pick up a wild lynx? Damned carefully.

Image of the Week: This worked for a B.C. man who knows a thing or two about wild animals. Don't try it at home. 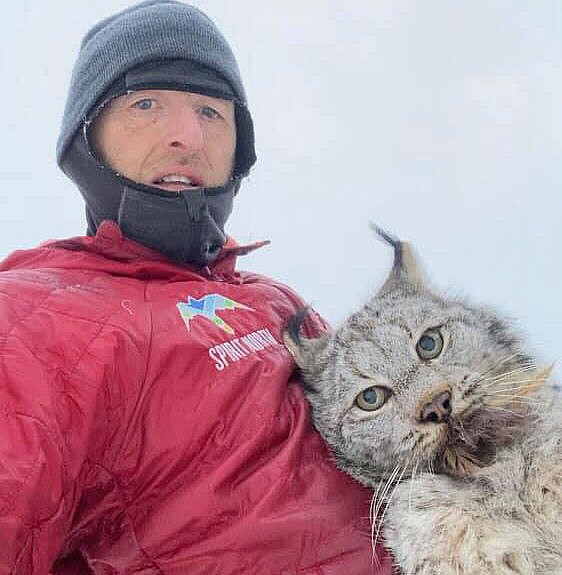 When Chris Paulson of Burns Lake, B.C., returned from a cross-country ski outing on Sunday, he heard strange noises coming from his chicken house. Inside, he found a lynx that had killed two of his newest birds. He tried scaring it out, but the lynx stood impassive. Sussing out the situation as safe, Paulson grabbed the big cat by the scruff of the neck and took him outside for a good talkin’-to. “I just reached down and picked him up, like you do a house cat,” Paulson later explained on CBC Radio. “And he went limp, as they do.” (Paulson, a savvy outdoorsman, knew that mother lynxes carry their kittens in the same manner.) What followed is a very stereotypically Canadian viral video, in which Paulson, with his unmistakably Canadian accent, scolded the wild animal like he would a bad child. “Let’s go see the damage you did, buddy,” he says, as the creature growls in begrudging acquiescence. When they enter the barn, the chickens cry out, and Paulson continues: “See how upset you made everyone?” Paulson later plopped the lynx into a dog crate and released him into the woods. Move over, Grumpy Cat, there’s a new frowny feline in town—and his name, as chosen by Paulson’s kids, is Tough Nut.