How is the government's response to the coronavirus outbreak? Not bad, say Canadians. 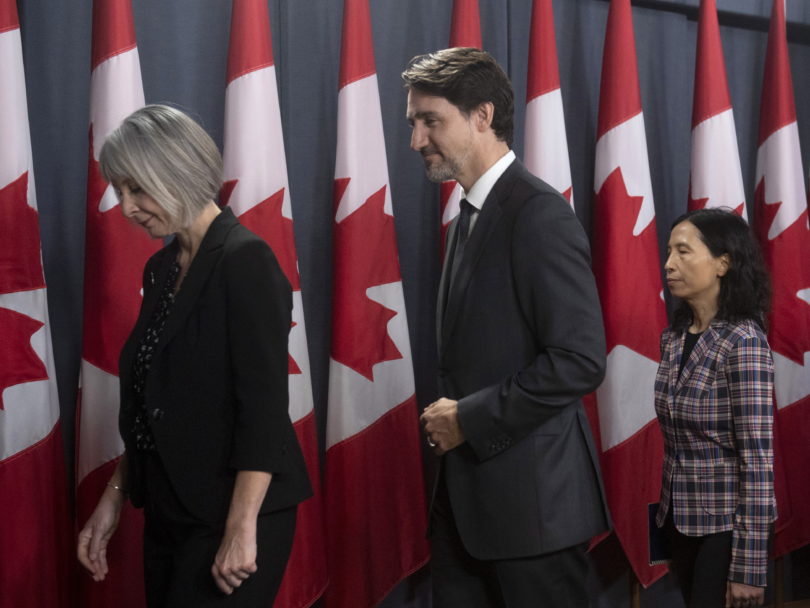 With already more than 120,000 people infected worldwide (and counting) in more than a hundred countries, the propagation of the COVID-19 virus has taken a turn for the worse in the past week. Yesterday, the World Health Organization (WHO) declared the current outbreak had officially turned into a global pandemic.

Numbers in Canada remain modest, however, with a little over 100 confirmed cases as of yesterday. But these numbers should not be taken with complacency, because it may simply mean we are at the early stages of the exponential curves that have so far accurately depicted the viral spread in other countries such as Italy—where the public health system is completely overwhelmed with more than 12,000 cases and, sadly, 800 deaths and counting.

Yesterday, Justin Trudeau announced a package of a little over $1 billion to help slow the spread of the virus, about half of which will be transferred to provinces and territories. Deputy Prime Minister Chrystia Freeland ominously declared the situation will get worse before it gets better.

Last week, the Angus Reid Institute polled Canadians on their impressions of the current crisis and of the performance of their political class. According to the data released Wednesday, 42 per cent of respondents believe the COVID-19 outbreak constituted a serious threat in Canada, an 11-point hike since early February. Nevertheless, 58 per cent of respondents believe the threat has been overblown.

To the question: “Do you think your provincial government is doing a good or bad job handling this whole issue regarding the coronavirus?”, here are the results:

From coast to coast, 51 per cent of Canadians believe their provincial governments are handling the crisis well, and 26 per cent believe the opposite. Although the regional differences remain modest, we notice however that British Columbians (62 per cent) and Quebecers (60 per cent) hold better views of their respective provincial governments, whereas only 40 per cent of Albertans believe Jason Kenney and his team are handling the situation well.

As for perceptions of the federal government, one in two Canadians (49 per cent) hold a positive view of its handling so far, although we will have to wait and see whether yesterday’s aid package announcement will move the needle at all. Regionally, it is again in British Columbia that satisfaction is highest with 57 per cent. In Alberta, only 38 per cent of respondents approve of the federal government’s handling of the crisis – the only polling region where negatives views surpass positive ones:

In Angus Reid’s poll report, these results were also distributed along the political preference of respondents and, perhaps unsurprisingly, views from respondents fall mostly along partisan line. From the report: “While opinions are stable across age and gender, those who supported the Conservative Party are overwhelmingly critical of the government response, while both past NDP and Liberal voters are more positive.”

Indeed, a strong majority of conservative supporters (65 per cent) believe the federal government is doing a bad job handling the situation, and an even greater majority of liberal supporters believe the exact opposite. Here are the results according to party affiliation:

Partisanship is a heck of a drug, as the saying goes. Even Erin O’Toole, one of the leading candidates for the CPC leadership, tweeted the following in both official languages yesterday:

Today, Trudeau made it clear he has no plan to stop the spread of the virus that has shut down other western countries:https://t.co/i87NLfVV4M pic.twitter.com/iX4XrnX3Oz

We should stress that Angus Reid was in the field on March 5-6 for this poll, before the federal government’s aid package announcement. Will provincial governments, constitutionally responsible for health care across the country, be satisfied with these emergency actions from Ottawa? Will shall see very soon.

This outbreak has reached global pandemic levels; nevertheless, there may be light at the end of the tunnel. According to a report from Forbes, South Korea’s infection rates have fallen in recent days, meaning the country may have stabilized the spread of the virus.

The proactive actions of the South Korean government—ensuring free and widespread public testing for COVID-19—appear to have born fruit in containing the virus. Here’s hoping that other governments around the globe have taken notice.