How will marijuana legalization change the U.S. border for Canadians?

For thousands of Canadians who will be joining the legalized cannabis industry, crossing the border is about to get more harrowing 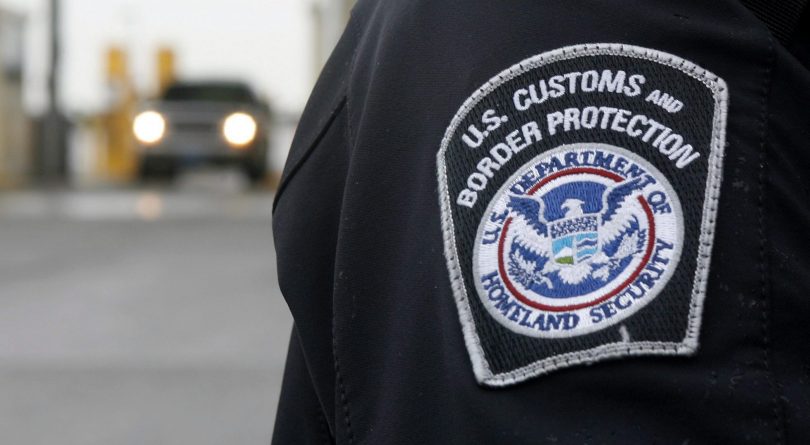 #1 rule: do not lie to U.S. Customs and Border Protection (THE CANADIAN PRESS/ Dave Chidley)

This will cause a lot of trouble, to say the least. Crossing the border has always been a tense experience. For the thousands of Canadians who will be joining the legalized cannabis industry, it’s going to become even more harrowing.

Even though cannabis has been legalized for recreational or medical use in 30 U.S. states, the federal government still views it as a controlled substance. American border guards have immense latitude over who they let enter the country. If you’re not a U.S. citizen or a permanent resident, your rights at the border are very limited. Border guards have every right to ask you about your employment, drug use or even your investments.

It doesn’t matter where you’re crossing over. Even if you’re trying to enter a state like Washington or Maine, where cannabis is legal for recreational use, you can still be denied entry. Border guards work for the feds.

You don’t have to be directly involved in growing or selling cannabis to be turned away. They can reject you if you admit to having smoked pot in the past or if you’re involved in a business peripherally related to the cannabis industry. Worst of all, if you do get blocked at the border for any of these reasons, you could be deemed permanently inadmissible for entry to the U.S. That happened to Sam Znaimer, a Vancouver venture capitalist, who was denied entry because of his investments in legal American cannabis companies. Jay Evans, an equipment manufacturer who sells machines to legal B.C. cannabis producers, was also permanently denied entry because he was seen as living off the avails of the drug trade.

This doesn’t necessarily mean they can never go to America again. If banned, Canadians can apply for waivers, which last between one and five years, to let them visit the U.S. But those cost around $600 and can take up to a year to process. Those last-minute day trips to the outlet mall or a Buffalo Sabres game will be a lot more difficult.

So what can you do if you’re a law-abiding Canadian in the cannabis industry who needs to take a trip down south? Unfortunately, there aren’t many options. First, you might want to assess whether the trip is absolutely necessary. If it is, it might be a good idea to talk to an American immigration lawyer beforehand.

The most important thing is to not lie to border guards—lying is another criterion for deeming someone inadmissible. But if a border guard starts to ask if you’ve ever smoked a joint or in what industry you work, rather than going into detail about the new line of Bluetooth-enabled vaporizers you’re selling, you can politely ask for a withdrawal of application for admission. If they decide to grant that to you—it’s at their discretion—you won’t be able to enter the country at that moment, but you also won’t be permanently banned.

RELATED: The marijuana nightmare: Trudeau is legalizing weed, but it hasn’t been pretty

You do have a small number of rights at the border. Border guards can’t force you to take a drug test or a lie-detector test. They can, however, go through your phone or other electronics to look for evidence of illegal activity. So wiping your phone clean before you attempt to make a crossing isn’t a bad idea.

As the number of people working in the legal cannabis industry increases after legalization, more Canadians will be caught in the dragnet—and there’s not much our government can do about it. Though Canada is keeping American authorities in the loop on legalization, it’s unlikely that the tough-on-crime Trump administration will make it easier for Canadians in the cannabis industry to enter the States.

Instead, we’ll be returning to a time not too dissimilar to the 1920s, when the U.S. banned alcohol, but the booze continued to flow freely in many parts of Canada. In some ways, the situation is even more extreme than during Prohibition. Back then, the border was a much more fluid entity. The post-9/11 border regime, coupled with an American administration that enjoys taking shots at Canada, means there’s likely little relief coming for frustrated Canadians who are treated like criminals by American authorities.

Prohibition contributed to the most significant cross-border tensions between Canada and the U.S. since the War of 1812 a century earlier. Now, 100 years later, tensions may once again reach fever pitch.