Kindness in a cartridge of yellow ink

As orders piled up for charity T-shirts in the Humboldt Broncos' yellow and green over the weekend, the ink ran out—and help rushed in 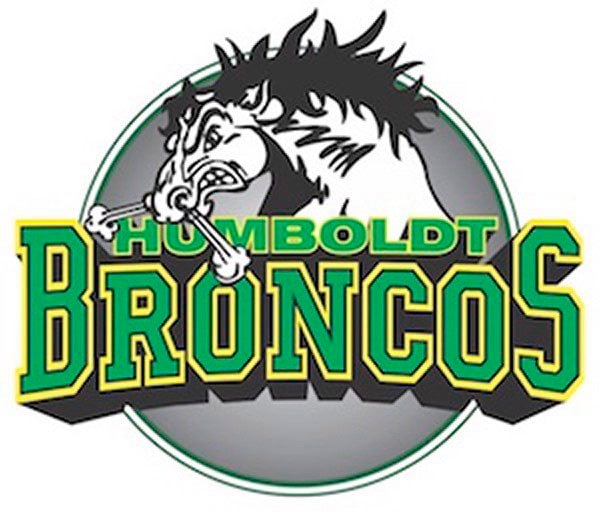 The team logo of the Humboldt Broncos of the Saskatchewan Junior Hockey League is shown in a handout. RCMP say they are at the scene of a fatal collision involving a transport truck and a bus carrying a hockey team northeast of Saskatoon. THE CANADIAN PRESS/HO

At 3 a.m. on Sunday, when even McDonald’s was closed, Rocky Saretsky met up with a printer supplier in a parking lot on the east side of Edmonton, who handed over a cartridge of yellow ink.

The ink was for T-shirts, printed with “We Are Humboldt Strong,” to raise money for the families of victims of the Humboldt Broncos bus collision on Friday, on a highway near Tisdale, Sask., which claimed 15 lives. The Broncos played in the Saskatchewan Junior Hockey League, but support has shot beyond the league, sport, province and country, and as of late Sunday, a GoFundMe campaign for the families has raised more than $4.5 million.

Prime Minister Justin Trudeau, Wayne Gretzky and Toronto Maple Leafs Coach Mike Babcock have voiced their support; the Winnipeg Jets are wearing “Broncos” on their jerseys; the Maple Leafs have stuck Broncos logos on their helmets, and the Moose Jaw Warriors began their game this weekend, helmets in hand, by circling around centre ice in tribute. Heads are bowed; knees are taken, and printer cartridges heroically refilled as the worst for the Broncos brings out the best in all others. 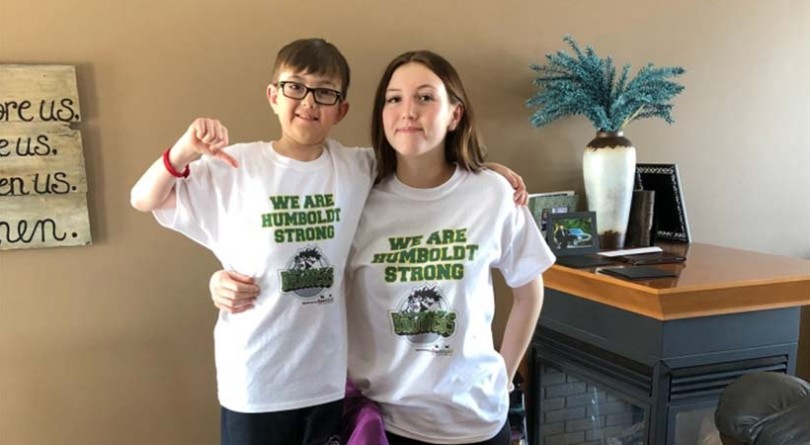 Saretsky runs a construction company in Humboldt, and he’s a client of the people printing the shirts, Mike and Shannon Yager of Spotlight Sport and Corporate Wear. The Yagers designed the shirts in the Broncos colour scheme of green and yellow, selling them for $25 and donating the profits. They expected to print 50, but within 18 hours had received 600 orders from Newfoundland to British Columbia, as well as a letter of support from a woman in Ireland.

“I can’t even fathom the number,” says Mike Yager, whose printer ran out of yellow ink on Saturday at 7 p.m. “When that machine stopped, we were devastated. What are we going to do? We can’t get ink until Tuesday.”

The Yagers wanted to fill orders before a vigil at the arena on Sunday evening, and their regular supplier was away on vacation in Italy. The closest cartridge was a 12-hour round trip away. Saretsky offered to drive anywhere to get the ink.

Saretsky’s children went to school with players on the Broncos, and he says the team often hung out at his house. His 10-year-old son, Brock, is a fan so close to the players that once, while sitting behind the players’ bench during a game, he leaned over to give a player a bite of his chocolate bar.

When Saretsky set out on the ink mission on Saturday night, he hadn’t slept the night before due to shock of the bus collision. His twin brother joined him in the truck to share the driving, and Brock went along. Saretsky says, “It’s just something that’s gotta be done.”

Saretsky drove late into Saturday night, and the supplier met him in the parking lot across from a gas station before dawn so he could return as soon as possible (the printer in Humboldt can only produce about 30 shirts per hour). Saretsky delivered the cartridge to the Yagers on Sunday morning by 8 a.m.

“Oh my God, I can’t believe he did that,” Yager recalls saying. “He drove, overnight, to get us our ink so we can keep printing.” On Sunday, lineups for the charity shirts stretched out the door of the Yagers’ Humboldt store.

As long as the ink lasts, they’ll keep printing.