Interview: Rick Mercer on leaving 'the best job in the world'

Paul Wells talks to the comedian about ending his show, being wary of free spaghetti dinners and which politicians could really tell a joke 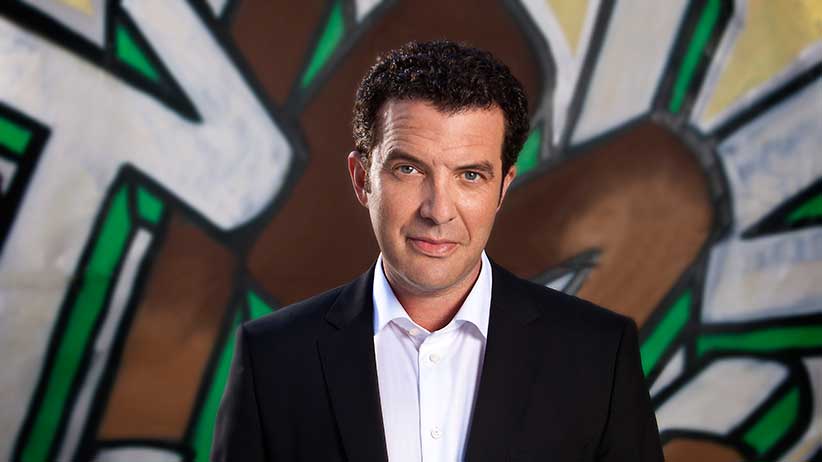 Comedian and polemicist Rick Mercer announced this week that this will be the final season of his hit CBC show The Rick Mercer Report, ending 15 years in what he calls “the best job in the world.” Mercer has long made fun of, and sometimes with, federal politicians. He spoke about that aspect of his work with Paul Wells.

Q: How long have you known you’d be ending your show this season?

A: Well, there’s a couple of different answers. If you talk to friends of mine, I’ve been saying this since Year 3 or 4. But I would say this summer is when the final decision was absolutely made. It’s a hard job to walk away from because it’s a great job. I always did think that the decision would be made for me—I’d run out of steam or people would stop watching or we would find we were running out of stories. None of those things happened. And we’ve lasted a lot longer than most TV shows, so the time has probably come to move on.

Q: Is it ever a hard show to do? I don’t do comedy for a living, but I can imagine that having someone point to you every week and say, ‘Now you’ve got to be funny…’

A: I would never complain about how hard it is to do the show. I think there are certain people who would look at my travel schedule and be aghast. They’d think, ‘Oh, I could never do that.’ But I’m good at it. I’m not good at a lot of things, but I’m good at that. The people I travel with are good at it. There’s been no changes in that personnel, it’s always the same people. So I’m not complaining about the show. And it’s pretty intense, there’s no doubt about it, but I do 20 of them, or 21 depending on the year. And I always figure, well, you can do anything 21 times.

Q: In this last season, is it a different show in its conception, in its style, from when it started?

A: The show has changed, for sure. But not a lot. One of the surprises was, we became a family show. And I just didn’t expect that to happen. When it started it was an adult show. Probably in the first season at some point, I said, ‘Welcome to Regina, the city that rhymes with fun.’ And I got emails from people saying, ‘Well, I had to explain that joke to my seven-year-old.’ I was thinking, Why are you watching with your kids? And then quickly, we realized it was very much a family show. Teachers were playing it in schools. Families were saying, ‘Oh my God, my teenagers will finally sit in a room with me.’ And we knew from the demographics we were getting young people, old people, everyone. And I like that. That was a pleasant revelation about the show and who was watching it.

Q: It must force a rethink. When you go in as a kind of subversive—‘Me and a few of my friends, we’ve got this show on the CBC. And we’re going to go in and cause all kinds of hell’—and then all of a sudden you become Captain Canada.

Q: I’m talking to you from Ottawa. What is it like to bring the show into Ottawa, where all of these very serious people are doing very serious things, often with a certain lack of self-awareness?

A: For me, personally, the Ottawa experience has changed immeasurably over the course of my career. I can remember, like literally the first time I went to Ottawa and I got a parliamentary press pass, albeit a temporary one, of course. That was one of the greatest days of my life. It’s one of the few things I keep with me at all times in my office. And now I go to Ottawa and sometimes a cabinet minister says, ‘I used to watch you in college.’

But that goes back to my very early days of my career when I was doing stage. I was performing live in Newfoundland and in Ottawa, and I spent a lot of time talking about John Crosbie, being very critical. One day a fellow asked me out for a bite to eat and drinks in Ottawa and his name was Ross Reid. He bought me dinner and we had drinks and we had a great chat about politics. Within about a month, John Crosbie had resigned, Ross Reid went for the nomination, got the nomination, got elected, and was the senior Newfoundland member in that caucus. Suddenly, he was, in theory, the new John Crosbie. And he had just bought me dinner and I’d had drinks with him. I kind of viewed him as a friend of mine. It was kind of a lesson learned. No more free spaghetti dinners.

Q: You need to keep a certain distance. I learned that lesson later than I should have.

A: Absolutely. I was just fortunate that that spaghetti dinner put things into perspective.

A: I think politicians are no different than anyone else. You can stumble across a fantastic interview with someone who has great timing and just has a natural ability to come across like they’re having fun in a very positive way. And that person can be a lobster fisherman or a cabinet minister. Quite often politicians are trying too hard and that’s a big problem. It just doesn’t make for good TV. So they’re a bit tricky to shoot with. There have been politicians, of course, that have incredible timing. Preston Manning has great timing. He can deliver a joke. He doesn’t have a reputation for that but he certainly could. Obviously Jean Chrétien could deliver a joke. He could deliver 10 in a row. He’s a total professional. This crowd—I’d be hard-pressed to say who, out of this crowd, this cast we have now, who’s got natural comic timing. I can’t think of one off the top of my head.

Q: This crowd is kind of earnest.

A: Yeah. Although I’m sure they think they’re hysterical. I’m sure if you ask them….

Q: Are there things you want to do this final season that you’ve never been able to do before?

A: It’s not like that. I never think of it like that, like I’ve always wanted to do X, Y, or Z in terms of an adventure. It’s not my bucket list that we’re working through. I realize I’m working through a lot of people’s bucket lists, but it’s not mine. The show’s been on for enough time that I can literally do what I want to do. I think our premiere episode is a perfect example of that. We opened with these athletes from the Invictus Games. I’ve had a lot of members of the Canadian Forces on the show over the years. I’ve been at military bases, put lots of soldiers on TV. They’re always good interviews because you can always find well-spoken, funny people. But I also know a lot of soldiers who are in the situation that you find these Invictus athletes—they’re wounded or recovering from some sort of injury—and I know how important the Invictus movement is to those soldiers. And I wanted to put them on TV. And we opened with a woman with extreme post-traumatic stress disorder, a guy with a catastrophic brain injury, and another guy who’s missing both his legs above the knee and has had more surgeries than there are weeks in the year. I would suggest most comedy shows would not open like that. It’s a great privilege to be able to do that.

Q: Perhaps in that context I want to ask you about this column John Doyle had in the Globe the other day, where he said, ‘Rick Mercer’s great, everybody loves Rick Mercer. Enough comedy that’s too gentle and too deferential.’ What do you say about that?

A: I would say there’s nothing gentle and deferential about a guy who’s had both legs blown off, or a catastrophic brain injury or post-traumatic stress disorder. But that said, I think John Doyle is wishing I was something that I’m not. It’s hard to answer that criticism. It’s like somebody saying, ‘I like Paul Wells but I wish he’d rhyme more. I like people who rhyme.’ All right then, fine. Go find someone who rhymes. I don’t really know what his point is? But it was refreshing to see that his TV column was about television.

Q: The CBC had a story where it said you have no idea what you’re going to do after next June. Is that still the case?

A: That’s absolutely true. It’s not one of those scenarios where I have an idea what I’m doing and I just can’t talk about it. It’s not that at all. You know, I always wanted to be in television. That’s why I went into theatre, to get into television. And when I was a kid, I thought it was the most exciting thing in the world. I don’t think that any more, obviously. That would be weird. But when I was a kid, I just thought it was the best thing in the world. So I’ve always had a plan and a goal. But I’ve achieved that goal. I’ve done it. And so, what’s next? I honestly don’t know. And it’s brand-new territory for me, because I’ve always known what I wanted to do, and it’s what I’m doing right now.