Is pot dangerous for the teenage brain?

Teenagers are at risk, especially those below the age of 17 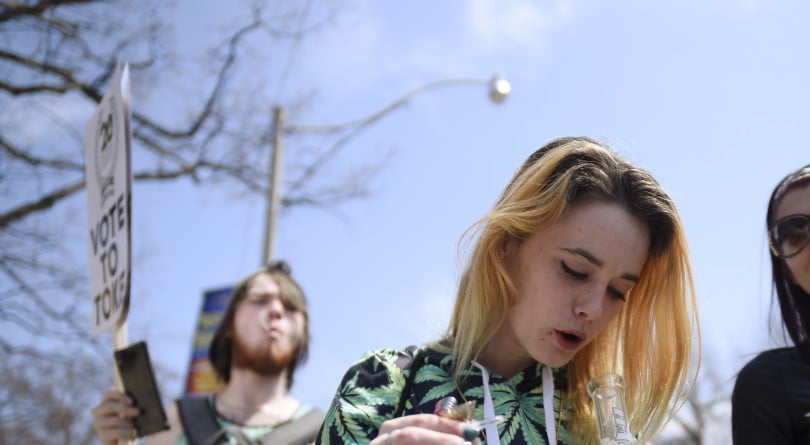 Teens smoking up Marijuana with a bong during the Toronto Global Marijuana march 2018, just a few months before Canada legalizes Marijuana in Toronto, Canada, on May 5, 2018. (Photo by Arindam Shivaani/NurPhoto via Getty Images)

Teenagers are at risk, especially those below the age of 17. Prolonged cannabis consumption before that age has been linked to memory and attention issues later in life, even if consumption ceases. Adolescence is a key phase in the development of the adult brain, and studies have shown that those who begin consuming cannabis after they turn 17 are much less likely to suffer these negative effects, including dependency.

Yes, dependency. Surveys show that most youth don’t believe it’s a real thing, and that’s a real problem. Cannabis is often portrayed as less dangerous than alcohol, tobacco or harder drugs, which means dependency may be more likely to develop, especially among those early adopters. Young people struggling with anxiety, depression or learning problems are also more at risk of dependency, which in some cases can also exacerbate existing mental health issues.

Before you demonize weed, however, note that alcohol is just as dangerous for teens, if not more. The same areas in which cannabis is known to affect the developing brain—attention, memory and processing speed—are just as affected by alcohol.

And yet marketing and branding regulations for legal recreational cannabis in Canada will be much more strict than those for alcohol, bearing more resemblance to tobacco regulations. Studies have shown that anti-drug campaigns don’t work very well on youth, and for now, highly restricted marketing seems the favoured path of government to keep cannabis away from teenagers.

Provincially set age limits for legal pot use are largely following legal drinking ages as a guide, but some scientists, advocates and politicians have recommended limits as high as 25. Canadian youth already have one of the highest rates of cannabis use in the world, and Canadians aged 18 to 24 are the most enthusiastic purchasers of weed. It’s worth noting that if the legal age were set at 25, that part of the market would still be illegal.

The good news is that in places where cannabis has already been legalized for recreational use, youth consumption has not skyrocketed the way many feared it would.