It's time to embrace the 'Mother of Confederation' 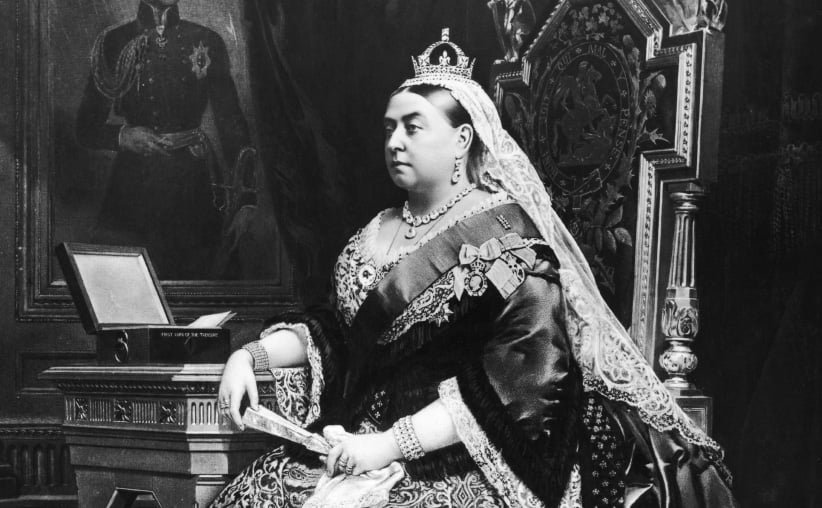 “There will be a great deal to do with the Confederation of N. America which is likely now to be accomplished & which will be a great safeguard against America.” – Queen Victoria’s Personal Journal, April 4th, 1866

For most Canadians Queen Victoria is figure draped in lace staring imperiously out from faded black and white photographs strewn about antique fairs and historic villages across the country. The remoteness implied by these portraits belies the fact that she was keenly interested in the development of the country, and an intimate part of its identity.

Nearly every community in this land harbours a “Queen Street” named for this woman. Perhaps in a cheeky nod to their famously passionate marriage, my own community of Waterdown, Ont., has Victoria and Albert streets intersecting. From British Columbia’s “Victoria,” to Saskatchewan’s “Regina,” and Nova Scotia’s “Victoria County,” the old Queen remains a consistent cultural touchstone for the country. Prince Edward Island was named for her father, Alberta for her daughter, and it was she that came up with the idea to add the “British” to Columbia. The Queen’s visage graces treaty medals, and her birthday is commemorated by cottage-bound Canadians every May.

Whether or not it is a popular myth that Ottawa was personally selected by the Queen, the story makes it clear that the monarch’s blessing was necessary for the new capital’s acceptance. Her daughter acted as chatelaine of Rideau Hall (Princess Louise, 1878-1883), and her son served as governor general (Duke of Connaught, 1911-1916).

However, there is much more to Victoria than simply window-dressing—there is depth beneath her stare. During her long reign (only recently surpassed by her great-great-granddaughter Elizabeth II), the Queen was keenly aware of the goings-on in North America. A union of the British North American colonies was mentioned in her personal diary as early as Feb. 12, 1865, where she fretted about the possibility of an American invasion. Advocating for the defence of Canada, Victoria wrote: “…we must struggle for it, and far the best it would be to let it go as an Independent Kingdom, under an English Prince!” The Queen goes on to discuss her husband—the late Prince Albert’s—hopes that their sons would someday reign over the various British colonies, even suggesting Prince Arthur for Canada.

Victoria’s connection with this realm dates back to her father’s residency in Quebec City and Halifax from 1791-1800 (the Duke of Kent was a noted supporter of British North American unity). And her ascension to the throne in 1837 was a period marked by the Upper and Lower Canadian rebellions (the Queen regularly—sometimes daily—recorded events that evoked the other American rebellion that marred the reign of her grandfather, King George III).

The British North America Act (now called the Constitution Act 1867) was submitted to the Queen on Feb. 11, 1867. Two weeks later, Victoria hosted and noted the Canadian delegates “who have come about the great confederation of British North America”—including a newly remarried John A. Macdonald. The country’s future prime minister famously explained that the purpose of Confederation was “to declare in the most solemn and emphatic manner our resolve to be under the Sovereignty of Your Majesty and your family forever.” On March 29, the Queen formally granted Royal Assent to the act, earning the sobriquet “Mother of Confederation.”

Victoria recorded a council she held for the declaration of the “N. American Province, under the name of Canada” on May 22, 1867, announcing the names of Canada’s first 72 senators and proclaiming that the British North America Act would come into effect on July 1, 1867, allowing the Canadian delegation time to travel back home for the celebrations.

References to meetings with Indigenous delegations also pepper the journals, highlighting the Crown’s personal connections with the continent’s First Nations. Victoria handled wampum (including the Hiawatha belt), and received prominent Indigenous People like Nahnebahwequay and Kahkewaquonaby at her court. Petitions highlighting mistreatment by the Canadian government caused the Queen to request the Duke of Newcastle, head of the Prince of Wales’ historic 1860 Royal Tour of Canada, to look into the matter. Sadly, by that time the colonial government had asserted control over the relationships with Indigenous People, advising the Queen that there were no issues worth her concern. Due to responsible government, Victoria was obligated to follow advice submitted by her colonial officials, allowing a wedge to delve into the ancient Crown-Indigenous relationships. The emergence of the Indian Act and Residential School Program would soon follow.

In truth, the Mother of Confederation had a rich and nuanced relationship with Canada that touched on both the trivial (Victoria loved watching her husband play hockey on a pond near their residence at Frogmore) and consequential. Many of her children spent long periods of time in Canada, including Princess Louise and the Duke of Connaught. The Queen fretted over American expansionism, fostered British North American unity, and met with the many personalities (some, such as Lord Durham, she found absolutely comical) that connected her with this land.

Queen Victoria’s presence in Canada is ubiquitous, and yet seldom recognized. It’s time to embrace the Mother of Confederation as the icon of Canadian identity she already is.

Nathan Tidridge has written several books on the Crown’s relations with Indigenous peoples, including his most recent, The Queen at the Council Fire. A teacher of Canadian history and government, Nathan was appointed to the Ontario Heritage Trust Board of Directors and the Prince’s Charities Canada Advisory Council in 2015. Follow Nathan on twitter (@tidridge), or visit his website www.canadiancrown.com.