Justin Trudeau and the dangers of legalizing weed 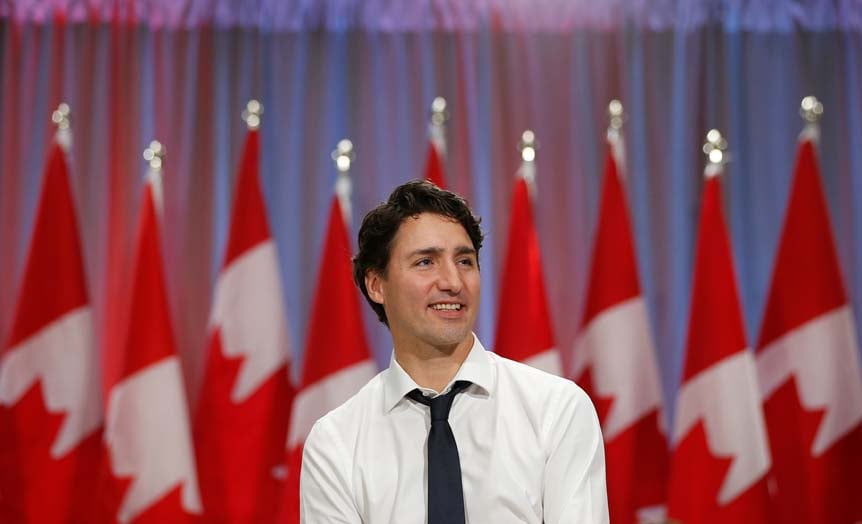 There’s a paradox in the way Justin Trudeau has positioned himself on marijuana. From the time he first came out in favour of legalizing pot—during a summer swing through British Columbia as the Liberals’ new leader in 2013—Trudeau has framed this seemingly hip policy in surprisingly square terms.

More than anything, he’s stressed making it harder for teenagers to buy it. In what has since become a familiar Liberal refrain, he lamented in B.C. that halcyon summer, “In many cases, it’s more difficult for young people to get their hands on cigarettes than it is to get their hands on weed.”

In that vein, his government’s officials set up this week’s unveiling of long-awaited marijuana legislation by emphasizing get-tough, rather than get-with-it, elements. They talk of stiff penalties for selling to kids, policies to prevent any post-legalization spike in driving while stoned, and funding for a public-education campaign on the dangers of marijuana.

So stern is their tone, in fact, that it’s easy to forget this policy was successfully hatched inside the Liberal party by its exuberant youth wing, back in 2012, and Trudeau’s embrace of it was heralded as a splashy sign of his unbuttoned, youth-courting style—the furthest thing from a law-and-order push.

But pollster David Coletto, of the Ottawa firm Abacus Data, says his research suggests Trudeau’s marijuana policy might not be so obviously potent with youth as is often assumed. A poll Abacus did last year for the Canadian Alliance of Student Associations found that only about 20 per cent of Canadians aged 18 to 24 listed legalizing marijuana as one of their top five policy priorities.

That’s far below the 63 per cent who picked making college and university more accessible and affordable, say, or the 54 per cent who put improving Canada’s health care system in their top five. Still, Coletto says marijuana has potentially more symbolic weight than those numbers suggest. Even if young adults rank affording school and getting decent health care as more vital than legally buying weed, failure to deliver on this marquee promise would, he says, “signify you’re not maybe who you said you were.”

And Trudeau looks far more vulnerable to being tagged as insincere after he broke his campaign promise to change the way Canadians elect MPs. Another pollster, Frank Graves of EKOS Research, sees marijuana legalization squarely in that light. “It is an important file and one where they can check off a clear and bold initiative as done,” Graves says. “Something that may be timely in light of the lack of apparent progress on the electoral-reform front.”

While keeping his promise, though, Trudeau must proceed cautiously. Graves sees “lots of concerns about how young people will be protected, where [marijuana] would be available, where the revenues would go and whether it would be in my neighborhood.”

So Trudeau aims to remind voters—especially younger voters—that he’s actually keeping at least this memorable 2015 campaign pledge. At the same time, his unwavering focus on regulatory restrictions seems designed to reassure all those Canadians who are still uneasy about legal weed. Finding the right balance will, of course, be tricky.

Some marijuana enthusiasts say regulations that are too constraining will frustrate the underlying aim of the law: to eliminate the illicit pot scene by creating a profitable legal market. Abi Roach, founder of a group called the Cannabis Friendly Business Association, warns that if the government allows only plain packaging and no advertising, for example, illegal sellers will continue to thrive through better marketing. She fears rules are coming down that will amount to “pushing cannabis into Prohibition 2.0.”

The report of the government’s own Task Force on Cannabis Legalization and Regulation said that online consultations found wide support for making regulations around marijuana much like those already in place around alcohol, including what’s allowed in terms of marketing and promotion.

However, the task force sided with health experts and police who tended to favour the far more stringent tobacco model. It cited the Centre for Addiction and Mental Health, for instance, which calls for a complete ban on marketing pot, and plain packaging that displays only product information and health warnings.

Assuming Trudeau leans in that direction, as expected, the paradox of his pot policy will become even more obvious in the days to come. He’ll have put his stamp on a landmark liberalization of drug policy—and yet be pilloried by the pro-pot lobby for not loosening up nearly enough. That might look like confusion about his brand, or like classic Liberal straddling of the centre.

No matter which way you see it, this issue that has been so closely wrapped up with Trudeau’s persona is about to become shared political property. His government can only go so far, under federal jurisdiction, in legalizing and regulating marijuana. The next raft of tough decisions—including settling the crucial question of who gets to sell marijuana—will fall to the provinces.

If Trudeau is deemed, in the end, to have pulled off his balancing act over pot, watch for some worried premiers to try to copy the trick in the months ahead.