Image of the week: Photos of the PM riding a black horse to deliver an apology to the Tsilhqot'in people drew withering criticism—and some applause 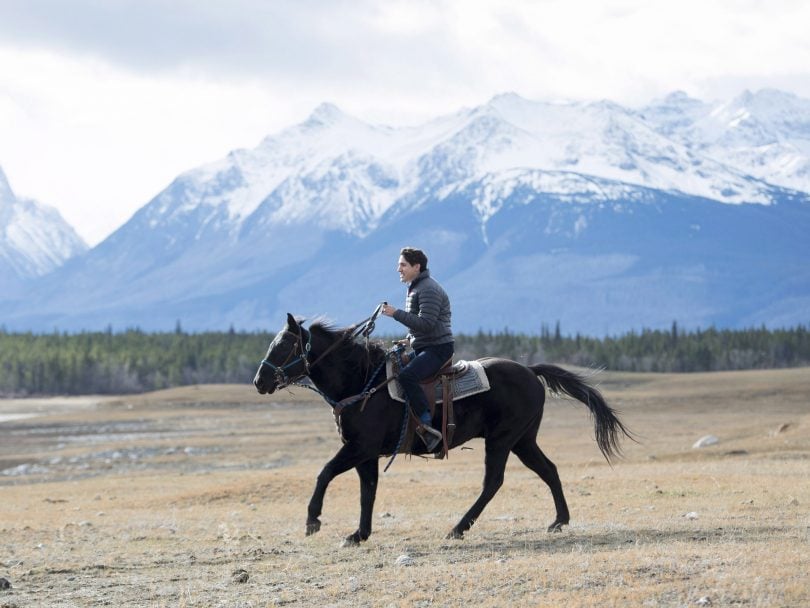 If there’s one thing Prime Minister Justin Trudeau won’t apologize for, it’s apologizing so damn much. But his Nov. 2 mea culpa to British Columbia’s Tsilhqot’in community, because the colonial government of the day tricked and then hanged their chiefs in 1864, was briskly overshadowed on social media by photo-op images of the PM atop a galloping black steed. Never mind that the Tsilhqot’in themselves largely appreciated the visit—sure, Trudeau’s ride looked a bit silly, but he also pledged federal investment in local housing and job-skills training. What rolled a thousand eyes was the PM mugging it up for the camera, inviting critical comparisons to Russia’s famous horseback aficionado, Vladimir Putin. Why would he set himself up like that? Maybe he thought it would somehow underscore his commitment to reconciliation and underprivileged groups, hoping the moment’s symbolism would outweigh the inevitable mockery. Note that other, better-off minorities have received less stagey apologies. Days after his ride, Trudeau apologized to the Jewish community for Canada’s 1939 government turning away the MS St. Louis, packed with more than 900 Jewish refugees. It was a sombre speech in the House of Commons. There were no photo ops, and also way less kindling for Twitter memes.