Trudeau will speak publicly in the wake of Wilson-Raybould's resignation as veterans affairs minister. Watch it here at 6 ET. 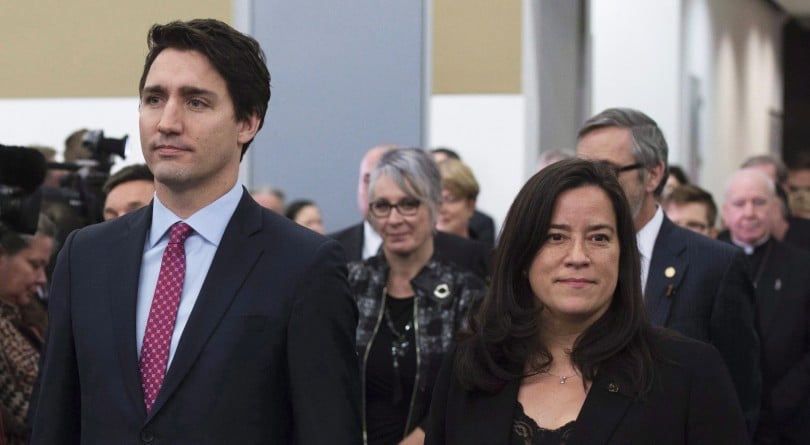 Prime Minister Justin Trudeau and former minister of justice and Attorney General of Canada Jody Wilson-Raybould take part in the grand entrance as the final report of the Truth and Reconciliation commission is released, Tuesday Dec. 15, 2015 in Ottawa. (THE CANADIAN PRESS/Adrian Wyld)

Hours after former justice and veterans affairs minister Jody Wilson-Raybould resigned from cabinet, Prime Minister Justin Trudeau will speak publicly about the SNC-Lavalin affair that’s dominated headlines all week. The Globe and Mail first reported allegations that the PM’s office had pressured Wilson-Raybould to offer a deal that would allow SNC-Lavalin to avoid criminal prosecution. The embattled engineering and construction firm argues a so-called “deferred prosecution” deal could save the company’s Canadian headquarters. Trudeau, who will speak in Winnipeg, has so far denied the allegations and had publicly expressed confidence in Wilson-Raybould until her resignation. Watch Trudeau here live at 6 p.m. ET (5 p.m. local time).