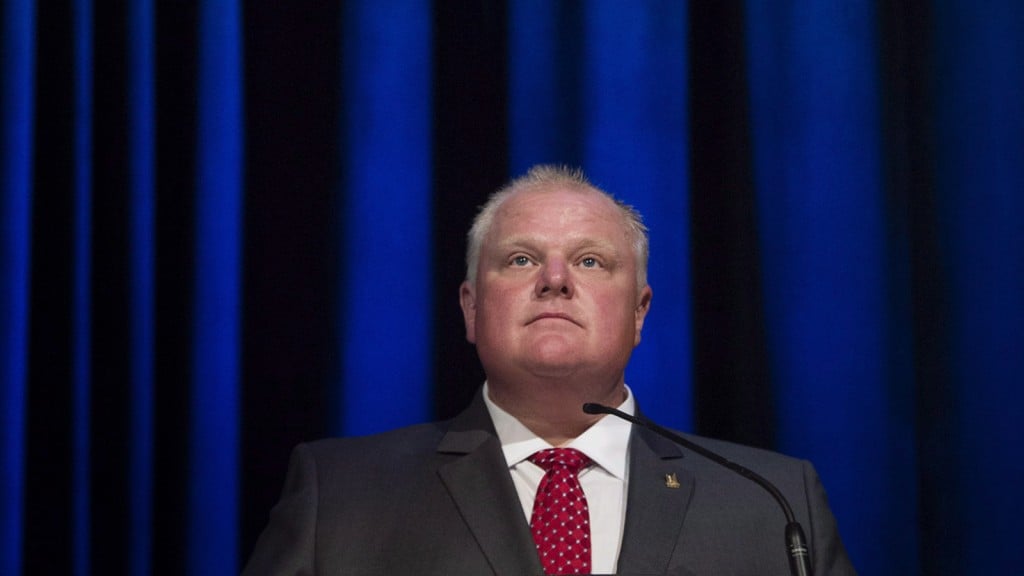 TORONTO — Toronto Mayor Rob Ford has been diagnosed with a rare type of cancer found in soft tissue in the body, but doctors said Wednesday they were optimistic about his treatment.

Dr. Zane Cohen of Mount Sinai Hospital told a packed news conference that the mayor will undergo two rounds of chemotherapy treatment over the next 40 days.

He said doctors will decide what their next step is based on how the tumour responds to treatment.

“It has about 60 different cell types and that’s what makes it a very rare tumour and a very difficult tumour,” Cohen said of malignant liposarcoma, the kind of cancer Ford has been diagnosed with.

“However we are optimistic about this tumour.”

Dr. Cohen, an internationally recognized colorectal surgeon, said doctors have also found a “small nodule” in Ford’s buttock, behind the left hip, which is part of the same abdominal tumour they discovered last week.

Ford went to hospital last Wednesday complaining of  “unbearable pain” and doctors found a tumour in his abdomen.

He said Ford is still in some pain, which is being managed by his doctors.

The 45-year-old mayor, whose tenure has been marred by scandal and admitted substance abuse, withdrew his candidacy for re-election last Friday, opting instead to run as a councillor in next month’s election.

His brother, Coun. Doug Ford, joined the mayoral race in his stead.

The councillor has said the family is grateful for the outpouring of support from the public for the mayor, who “is in for the fight of his life.”

Ford’s father, former Ontario politician Doug Ford Sr., died in 2006 of colon cancer three months after he was diagnosed with the disease.

Rob Ford, who has turned into an international celebrity due to a series of scandals touched off by reports of a video appearing to show him smoking crack cocaine, returned to office just over two months ago after a stint in rehab for substance abuse issues.

His role as mayor has been largely symbolic since last November, when he was stripped of most of his powers following his admissions of alcohol abuse and drug use during “drunken stupors.”