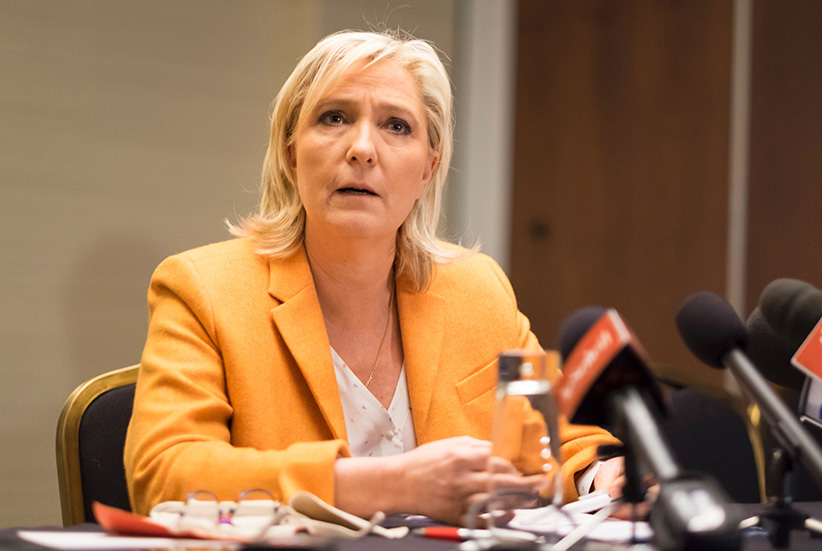 Along with being the leader of Front National, Marine Le Pen is a member of the European Parliament. It is in this role that she is currently touring the country—as a bland elected official on a trade delegation, not the acid-tongued head of France’s resurgent nationalist, nativist, anti-immigration party.

Clearly, the role doesn’t fit her well, for no sooner had she set foot on Quebec soil did she start regurgitating familiar reams of Front National boilerplate. To wit: multiculturalism is fast sending your country to hell, immigration will finish the job, and your politicians are too spineless—or “puerile,” as Le Pen put it—to even meet her to hear the truth.

She did so to anyone with a pulse and a microphone, including at a press conference in Quebec City, where a protester was punched. Management at two Montreal hotels cancelled her bookings for the following days. Le Pen quickly expressed her outrage at the outrage surrounding her visit, warned of the pending ghettoization of Montreal, and complained of the “intellectual terrorism” reigning over this province’s political class.

In short, it was mission accompli for Le Pen.

The Front National operates on what might be called an outrage loop. An incredibly adept politician, Le Pen knows that the Front National brand is toxic, a fact she not only wears with considerable pride, but which also serves as the party’s main selling point at home and abroad. Her targets are always the same straw men: culture-destroying immigrants, who double as potential terrorists; politicians who placate their public with lies; and the media that broadcasts these lies unchallenged. The ensuing outrage at her words translates into acres of earned media for her brand. She is her own commercial. She is Donald Trump with better hair.

It’s a testament to both her chutzpah and abilities that she sells the same message in Europe, currently overwhelmed by the crush of bloodied humanity from Syria and elsewhere, and in Canada, separated as it is from the mess by one or more international borders and about 3,000 km of ocean.

Her shtick wouldn’t work, however, if there wasn’t a certain resonance for the Front National doctrine. In English Canada, groups such as Pegida Canada and the Canadian Defence League peddle roughly the same message of fear as the Front National, albeit with more menace. Historically, there have been hints of nativism in certain populist political movements, including within the Wildrose Party of today and the Reform Party of yore. To the great credit of these movements, the hints have largely been snuffed out.

Only in Quebec have mainstream politicians blatantly attempted to exploit this fear for political gain. In 2007, the Action démocratique du Quebec party rose to official Opposition status in Quebec National Assembly by trading on fears of halal chicken, pork-free baked beans and other supposed affronts to Quebec culture. 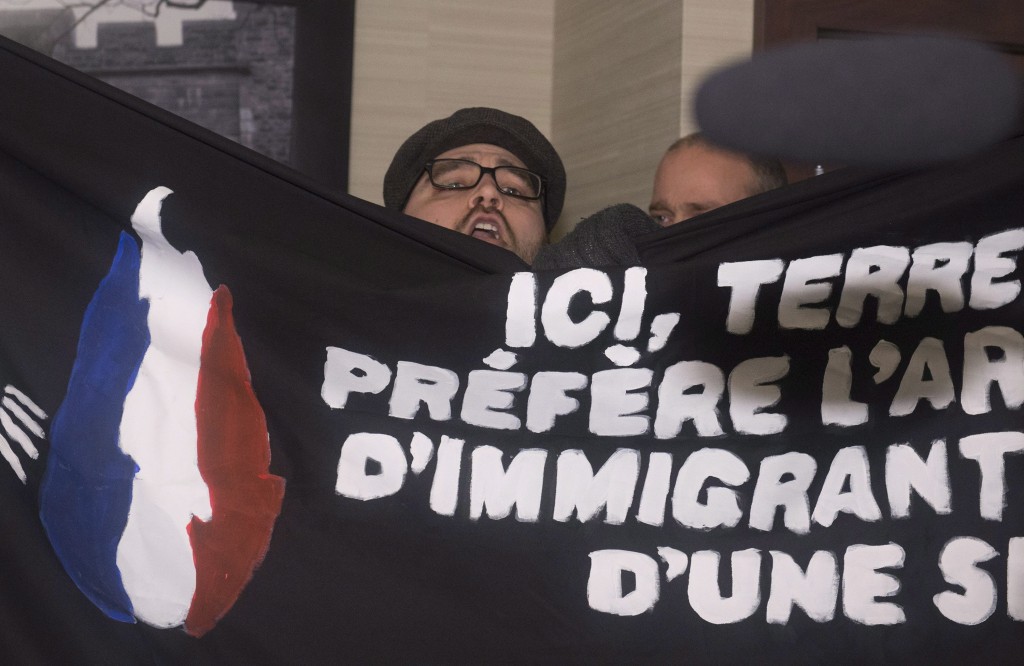 During the lead-up to the 2008 provincial election, the ADQ equated the supposed decrease of the French language in Montreal with the rise in immigration rates. It plastered its proposed solution on its campaign signs: “a pro-birthrate policy and a freeze of immigration levels.” It might have been faxed in from Front National headquarters.

In 2013, the Parti Québécois campaigned on its so-called Quebec values charter, which sought to ban “conspicuous” religious garb from the bodies of the province’s public servants. The author and chief defender of the charter, PQ MNA Bernard Drainville, was the picture of righteous indignation in the face of Le Pen’s recent visit, saying the Front National leader should “go home.” You have to wonder whether he was as indignant when Le Pen voiced her support for his charter not 24 hours later on the airwaves of Quebec’s most popular news radio program.

There are other lingering similarities between the Front National and Quebec’s nationalist political parties. With a few exceptions, the FN’s support is largely suburban and rural. The PQ used to draw considerable support from multicultural Montreal; in 1976, its first winning election, the party won 17 ridings on the island. In 2012, by contrast, it won all of six—yet formed government anyway, thanks in large part to the mostly white, off-island Quebec hinterland. It is even more true for the ADQ and its successor, Coalition Avenir Québec, neither of which ever won any Montreal ridings.

There is a happy ending to all of this. The nativist ADQ platform failed to ignite voter ire, and the party fell to third party status in 2008. The PQ charter was an even bigger failure; the 2014 election was the PQ’s worse defeat, in terms of popular vote, in 44 years.

Meanwhile, when Le Pen returns to France at the end of the week, she does so to a welcome, burgeoning audience and ever-brightening political prospects. The Front National touched a nerve in Europe, and received an enduring reaction. Thankfully enough, the same can’t be said here.