‘Cattle were running with their hides on fire’ 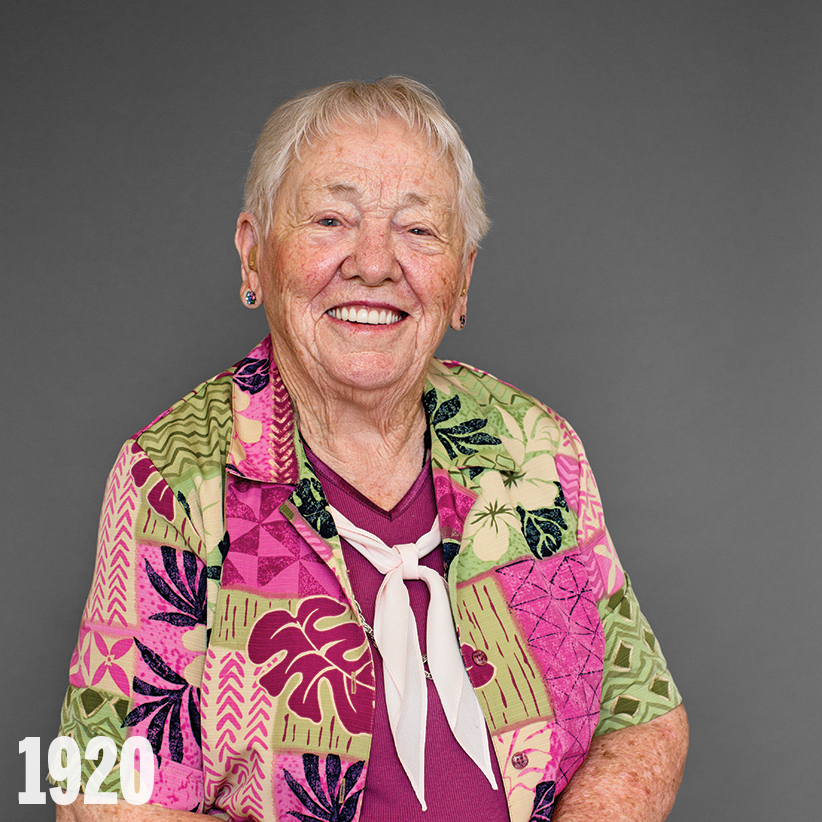 For most of her life, Vernice Wearmouth was the matriarch of WineGlass Ranch, an idyllic 130-year-old homestead nestled into the curve of a creek that slithers south from Cochrane, Alta. She recalls her 96 years through the dramatis personae that filled them.

Her parents: Vernice’s grandparents founded the ranch in 1885 and later passed it down to her parents. Her dad didn’t think women should be involved with the farm’s outdoor activities, so Vernice, an only child, was relegated to the home, where she’d play piano and help her mother. “My mom used to put newspaper in the [hired boys’] sandwiches and nuts and bolts in the pie,” she recalls. “She always played tricks on them.”

The animals: The ranch was home to cows, pigs, chickens, turkeys, ducks, dogs, cats and more. If they could talk, they’d recall the fire of 1936. “Cattle were running with their hides on fire,” Vernice says. “Pigs had cracks in their backs from the heat and the grease.”

Chief Walking Buffalo: The late Nakoda chief, also known as George McLean, was Vernice’s grandfather “by wish, not by blood.” He paid the family frequent visits, chanted and danced for Vernice’s father when he died in 1963 and blessed the children by placing his hand on their heads—much to the horror of a hired housekeeper from England. She hid underneath her bed, she recalls. “She thought he was going to scalp them.”

Her husband: Vernice met Hugh at a country dance in Cochrane. To get there, “we’d have to go on a buggy or a sleigh. We had a wool blanket and a foot warmer that my mom would heat in the oven.” The two married in 1941, around the time he was stationed in Red Deer with the reserve army. After the war, he, like Vernice, spent his life working the ranch.

The hired hands: Once Vernice took over the ranch, she hired teenaged boys in the summer to help. “They’d phone up every spring and ask if they could come back,” she says. “They were wonderful boys.” With some exceptions: one boy refused to take a bath, so the others “got permission from my husband and my dad to throw him in the creek. The next morning, he was gone.” Another wouldn’t pitch in after supper, so they “chained him to the table until he dried the dishes.”

Her guests: Under Vernice’s watch, the ranch was a source of refuge to anyone who stopped by (and sometimes those who didn’t, given she donated 200 handmade quilts to various charities). On their way to Cochrane, neighbours and friends would visit for cookies, tea and music: “The piano was my life for years.”

Her children: Between the hired help and Vernice’s three children, “there would be 10 or 11 of us sitting at every meal,” she recalls. She made all her children’s food and clothing. Edith, her youngest daughter, took over and managed the ranch until 2010; her oldest son now runs the land. Vernice, meanwhile, left WineGlass after Hugh died in 2005. Looking back, she says, “it was a lot of hard work, but it was a good life.” — Luc Rinaldi