A Vancouver man is accused of hosting parties and running a makeshift nightclub in his penthouse condominium suite. He's fighting the charges, which haven't been proven in court. 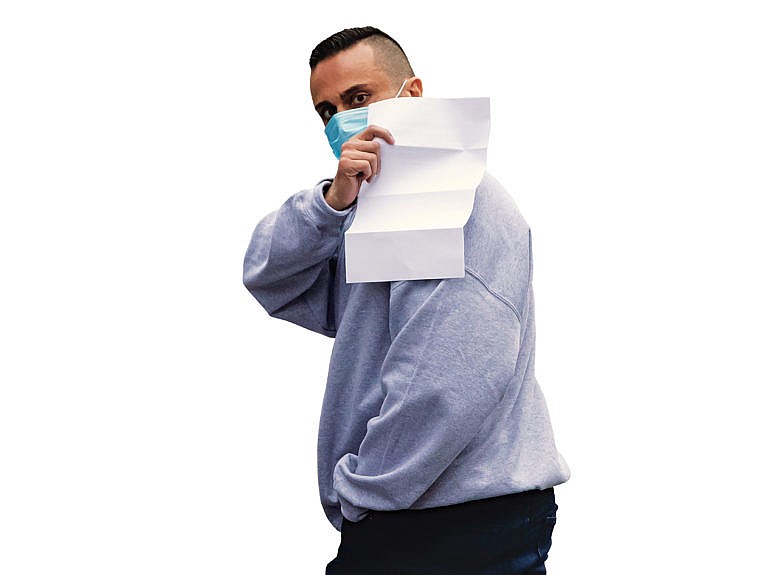 Mohammad Movassaghi with a copy of his release order as he leaves Vancouver Police Department jail on Jan. 31, 2021 (Darryl Dyck/CP)

To police who suspected Mohammad Movassaghi might be hosting parties at his three-level Vancouver penthouse—a violation of British Columbia’s emergency health orders—the delivery driver showing up with 100 McDonald’s cheeseburgers no doubt pointed to something more than a small get-together.

It was the wee hours of a Saturday in late January, and this wasn’t the Vancouver police’s first visit to the suite. Earlier that month, they had received a 911 call reporting loud noises and party sounds. A week later, they got another about a large gathering at the condo. On both occasions, the police department was short on resources and sent no one, according to an application for search warrants. But the following week, the application said, “all noises ceased and the occupants refused to come to the door” after officers knocked.

They went to the suite yet again on Jan. 23, after a call from someone who claimed to have been invited to a party there, but left after what she saw: exotic dancers on a stripper pole, bartenders, a DJ booth, guests instructed to remove their shoes upon arrival to limit noise. Police allege that Movassaghi again wouldn’t let them inside, telling them through the door: “I refuse any charge you have against me.”

“There was no party here,” Movassaghi told the Vancouver Sun after fines were issued for that incident. “It was a few neighbours here and we watched the fights.” He later filed a complaint against Vancouver police, alleging they were occupying the fire exit hallway for hours and trying to film inside his unit via the peephole.

A final call to the cops came from the building’s concierge, according to warrants, and Movassaghi again refused to open his door. This was the weekend of the cheeseburger delivery, which was followed by a search warrant, the arrest of Movassaghi and charges against him of failing to comply with public health orders and of selling liquor without a licence. Some 77 guests at the suite—none wearing a mask, according to a police report—also faced fines.

The allegations have not been proven in court, and Movassaghi’s lawyer (who is also his brother), Bobby Movassaghi, did not return requests from Maclean’s for comment. But a previous statement from the lawyer reminded the public and press “that at this point in time these are unproven allegations, and like anyone else charged with an offence in Canada, he enjoys the presumption of innocence.”

A couple days after his arrest, a GoFundMe campaign launched under the name Mo Movassaghi. “I was arrested on Sunday, January 31st, 2021 in my home because of a party among consenting adults,” the webpage said. “Once upon a time before November 2020, parties were legal.” The campaign cited financial losses of $10,000 in cash, $5,000 in liquor, property damage, fines, legal fees—plus a “smear campaign” from “the powers that be.” The fundraising target was $100,000, but the campaign had reached only $260 when Movassaghi deactivated it.