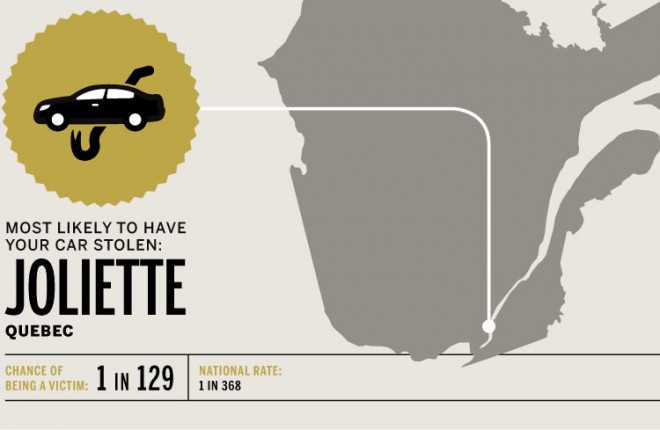 Nowhere in Canada are you more likely to have your car jacked than in Joliette, Que., a region of roughly 60,000 just outside Montreal. Boomerang, a company that sells tracking devices to pinpoint stolen vehicles, recovered its 5,000th car there a few years ago. “It is known as a place where you recover stolen vehicles,” says Michael Lendick, Boomerang’s national security director. “You’re going to find some chop shops; you’re going to find places where they sell car parts that are stolen.”