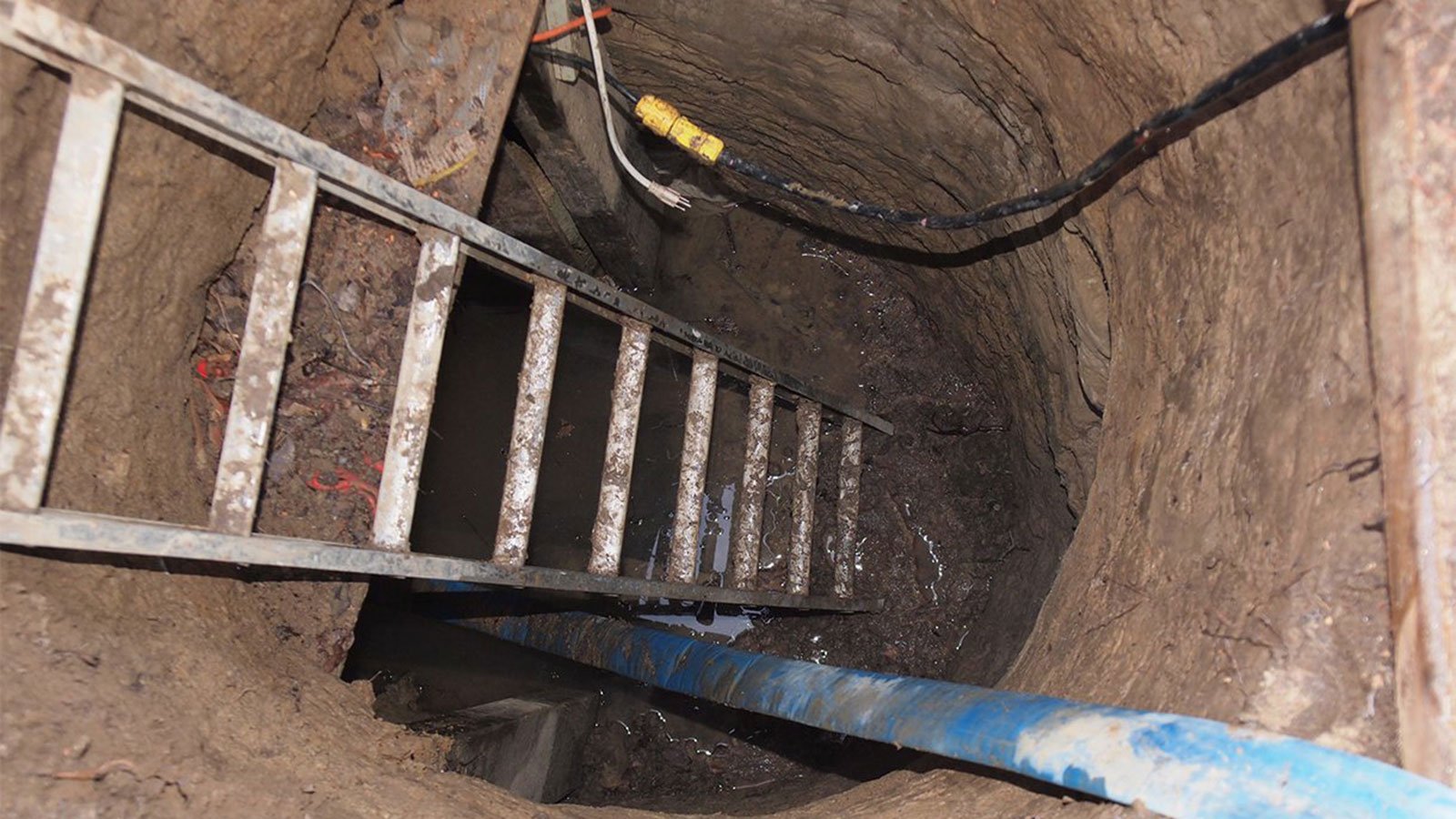 After a week of worldwide media attention, panic over possible jihadist attacks, and input from “tunnel experts,” the case of the Toronto Mystery Tunnel of Secrecy is officially closed. Turns out, it wasn’t even a tunnel; just a couple of guys with a weird, but harmless, idea to build an underground “man cave” to hang out in. Guess the basement and garage were already taken.

This morning, police announced in a statement that two men had confessed to building the 10-m-long tunnel. They wouldn’t release the names of the diggers, saying they built the tunnel for “personal reasons” without “criminal intent nor any threat to the people or city of Toronto,” according to the statement.

That cleared up one mystery, but it has created others. For example, Toronto police Const. Jen Sidhu told Maclean’s that two men in their twenties were interviewed, along with others who “had knowledge of the cave.” The police were satisfied that the men didn’t have any criminal intent and did it for “personal reasons.” But what kind of “personal reasons” are behind the effort? Stifling a chuckle, Sidhu said this means they “had an idea to dig a hole to hang out in, and so they did.” Sidhu added that people shouldn’t just go out and dig tunnels in public areas, even though it’s not technically a criminal offence, as it’s “very unsafe to dig holes.” It’s highly likely that the municipal body that overseas the area where the tunnel was buried will investigate soon, she said.

But Torontonians are miffed that police so casually shrugged off a story that garnered just slightly less hype than the Gaza tunnel.

Why do I think #personalreasons should become a hashtag?

And so it goes today, with hundreds of people having their say via #personalreasons:

After a long day I really just like to curl up with a good book in an underground tunnel. #personalreasons

I think my husband built the #totunnel just so he could watch @NHL trade deadline coverage in peace. #personalreasons

We can build a man cave anywhere? That's all kinds of awesome. #PersonalReasons

Here’s another question: What was a Remembrance Day poppy affixed to rosary beads with a crucifix nailed to one wall doing in the tunnel? (To turn it into a very dignified man cave?) Those were items shown in the photos displayed by Toronto police at a press conference last week about the tunnel. Also pictured: moisture-resistant lightbulbs, a sump pump, and cords connecting to a power generator above ground. Deputy Chief Mark Saunders stressed that “there’s nothing illegal about digging a hole.” But, for days since the saga began, exactly one week ago, when the CBC revealed that Toronto police and national security officials were probing the origins of a mysterious bunker in the woods near the Rexall Centre and York University, we have pored over and pathologized every little detail. Amateur sleuths on social media tried to get to the bottom of it themselves.

The tunnel had actually been found more than a month earlier, on Jan. 14, by a Toronto and Region Conservation Authority officer who noticed an empty red gas container and found the tunnel entrance nearby under a sheet of aluminum. “Nobody would build something like that without a specific purpose,” a former assistant director of intelligence at CSIS told CBC Radio’s Metro Morning. Police officers enlisted the public’s help for any information about the tunnel, and people sent in hundreds of tips. This viral tweet from Staff Sgt. Chris Boddy says it all:

As for why people thought it was a possible bunker for terrorists to attack the PanAm Games, Sidhu said that was the media’s doing. “That was never said at the news conference, but that’s a tangent that the media took, and it took on a life of its own.”

And even though the hole has been filled, Toronto Tunnel will remain an embarrassing reminder of just how willingly we let our imaginations–and the idea of terror–get the best of us.