‘I was surprised that a tie was even a possibility’

On May 5, 2015, the Orange Wave washed over Alberta. Anam Kazim’s only question was whether she was riding it.

The NDP contender was ecstatic about her party’s unprecedented success—with a 53-seat majority, Rachel Notley and company had put an end to the Progressive Conservatives’ 44-year reign—but the fate of her own riding of Calgary-Glenmore wasn’t nearly as clear. When all 94 of its polls finally reported, nothing was settled. Both Anam and the PC incumbent, Linda Johnson, received 7,015 votes. It was a tie. “I was surprised that was even a possibility,” she says. “It was unusual, for sure.”

Anam was excited rather than nervous, more curious than concerned. As she waited for the results of a recount, she could do nothing but carry on with life as an oil-and-gas applications engineer—albeit with a nagging question in the back of her mind.

Ten days after the election, the recount results were released: Anam now led Johnson by six votes. But that hardly settled it. Johnson appealed, delaying the decision by another two weeks of anxious uncertainty. So, back to work. At the very least, she says, “there was always something to look forward to.”

Though only 28 when she was elected, Anam’s journey to the Alberta legislature was a long one. Born in Peshawar, Pakistan, Anam, the youngest of three, spent her childhood roving the country with her father, a member of the Pakistan Air Force. When she was four, her family lived in Kuwait­­—during the height of the Gulf War. “It was very intense,” she says. “There were tanks on the roads, planes up in the sky, bombings.” At one point, the family had to drive through Syria, Jordan and Iraq. “It was a lot of travelling through deserts with no guarantee of food or water.”

Anam’s parents immigrated to Toronto when she was 16, with their children’s educations top of mind. Anam earned a bachelor’s degree in chemical engineering and a master’s in environmental engineering, both from Western University, before moving to Calgary for work. 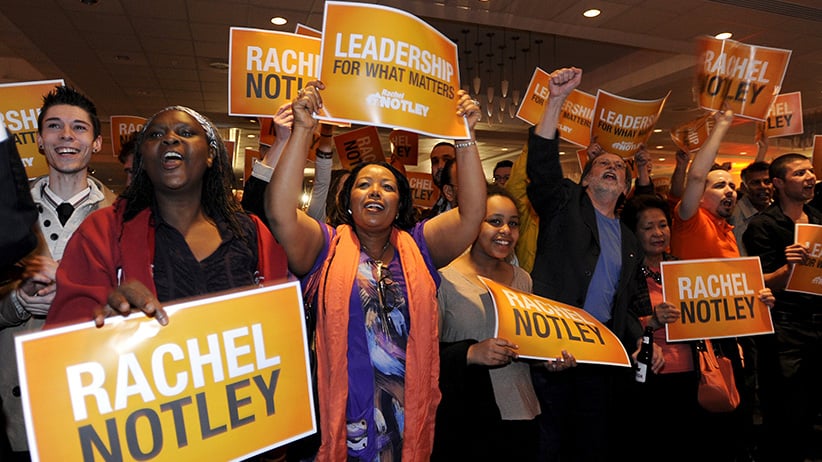 On May 5, 2015, the NDP swept into power in Alberta. But Kazim’s riding was tied. (Dan Riedlhuber/Reuters)

Itching to combine her skills and passions—leadership, sustainability, civic engagement, project management—she ran in Calgary-Glenmore, focusing on healthcare (the riding is home to a hospital), job creation (she helped start a summer employment program) and a local ring road, as well as education and care for seniors.

She’s not quick to take credit for toppling the PCs, instead insisting, “It’s a democracy, so it’s a matter of what people want.” And, in the end, six more people wanted Anam. — Luc Rinaldi