Paul Wells: Brian Gallant still gets to be premier, for now. But what happens next is all about which party leader has more confidence. 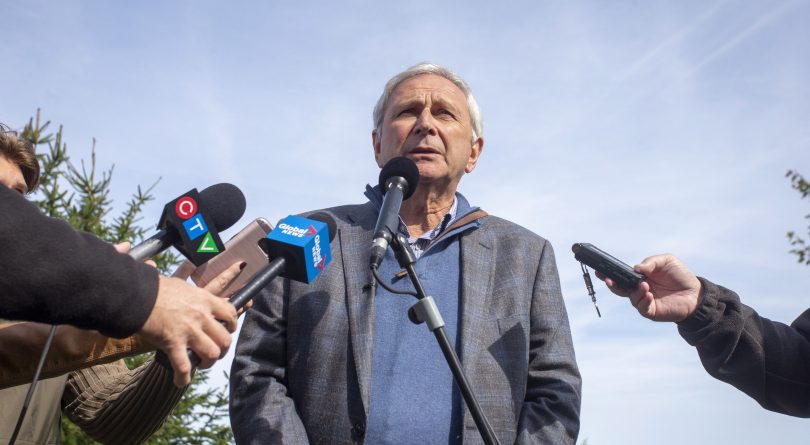 Oh good, a confidence crisis. The good people of New Brunswick having voted in Monday night’s election, the results are entertainingly not decisive. Even if you didn’t know which parties had received which seat totals, the numbers 22-21-3-3 would gladden the hearts of parliamentary geeks everywhere. And some of what happens next will depend on the lieutenant governor.

She is, I learn, a prominent figure in Acadian education, appointed in 2014 by the governor general Stephen Harper appointed, on advice from Stephen Harper, after consultation with the province’s Progressive Conservative premier of the day, with support from the New Brunswick opposition parties. Ladies and gentlemen of the Twitterverse, start your presumptive conspiracy theories!

OK, that was fun, but let me stop you right there. Roy-Vienneau is tightly constrained in her choices, and well advised, which amounts to the same thing. For one thing, there’s a Care package from the David Johnston-era Rideau Hall that she and her staff will be consulting closely today.

As Johnston told me shortly before he left the office of the Governor General, he couldn’t help but notice that the most important file that had crossed his predecessor’s desk was the confidence crisis of December 2008, when Stéphane Dion had petitioned for a chance to replace Harper as prime minister. As a direct result, Johnston said, “we looked for the precedents we could gather, and then systematically we put together a table of potential questions that could arise—minority government, etcetera—then what we thought would be the answers to those questions and the principles on which those answers were based, and then the precedents, especially the Canadian precedents, both federally and provincially. And we’ve shared that as a confidential document with the other vice-regal members.”

I haven’t seen that confidential document (which would in any event hardly be the only resource available to a lieutenant governor), but I’m here to tell you it isn’t full of crazy things. The rules on this sort of thing are widely known, though they’re also widely ignored. Basically, under our genuinely wonderful system of responsible government, the lieutenant governor (let’s just call her LG, for convenience’s sake) makes decisions on the advice of the premier. The premier’s legitimacy rests on his or her ability to hold the confidence of a majority of members of the legislature.

Here’s where it gets a little tricky: The last time it met, the legislature was, in the main, happy to support the decisions of Brian Gallant, the head of the Liberal Party. So he was the premier. And since the legislature hasn’t met for a while, it hasn’t revisited that confidence in Gallant and the Liberals, so he’s still the premier.

He would be free to come and announce to the LG his resignation. Or he could inform her, with regret, that he no longer commands the confidence of the legislature—if he had recently lost a confidence vote, or if he figured he would certainly lose the next one. Since he doesn’t feel like resigning, has not lost a confidence vote—the last one having been held before the election campaign began—and has no firm information about the next confidence vote, he’s still the premier.

So that’s why Gallant was the LG’s first visitor this morning. He went and told her, by all the evidence, that he thinks he can still command confidence in the legislature and aims to go find out. And at that point, the conversation was very nearly over, because the LG had no independent mechanism for testing his claim. The mechanism for testing his claim is the legislature. Today, as on almost any other conceivable day, as David Johnston reminded me citing the 19th-century British essayist Walter Bagehot, her options would have been limited to “advising, encouraging and warning.” Telling him no was not an option.

Note that, in letting Gallant go off and be premier some more, she was offering no endorsement, nor making any prediction about how long he’ll get to keep being premier. That’s for Gallant and the legislature to settle between them. Note also that the fact that his party won tens of thousands of votes more than the Progressive Conservatives is not of any particular interest to the LG: voters don’t make decisions in the legislature, members of the legislative assembly (MLAs) do. And when it next meets, there’ll be more Conservatives in it than Liberals.

The PC leader, Blaine Higgs, wants to see the LG too. She’ll apparently be pleased to meet him on Thursday. He’ll tell her he has more newly elected MLAs than anyone, and so can he please be the premier now. She’ll say, in effect: “Well, it sounds like an interesting time! My goodness. Anyway, Premier Gallant was here on Tuesday and he says he’s going to let the legislature figure it out. I look forward to hearing from him how it goes! Have a good day.”

If Higgs can rally more votes than Gallant can, then Gallant will lose an early confidence vote. He’ll have to trudge back to the LG and resign. In that world, her next conversation with Higgs would doubtless be more action-packed than Thursday’s, because she’ll probably invite him to form a government. Next time. After the vote. Not on Thursday.

I could go on about the Green Party’s three MLAs and the three from the anti-Francophone People’s Alliance, but for the next several days, the most important thing about each of these parties is the three votes they command in the legislature. They’ll be popular, because all sides will be trying to court them with favours.

My guess about how it’ll all end up? Gallant will open the legislature by having the LG read a throne speech. Higgs will move no-confidence at the first chance. He’ll have an easier time rallying support than the Liberals will. Barring surprising changes in alliances among parties, I suspect Higgs will be the premier before long—not for sure, there are too many variables at play, but probably. The rules that will have gotten him there have some of the musty smell of old books, but they’re hardly impenetrable.

CORRECTION, Sept. 25, 2018: The Liberals won tens of thousands of votes more than the Progressive Conservatives, not hundreds of thousands as stated in an earlier version of this story.