Carl Walters, who has been studying B.C. salmon for 40 years, finds new reason to worry about the Mount Polley leak's effect on salmon run 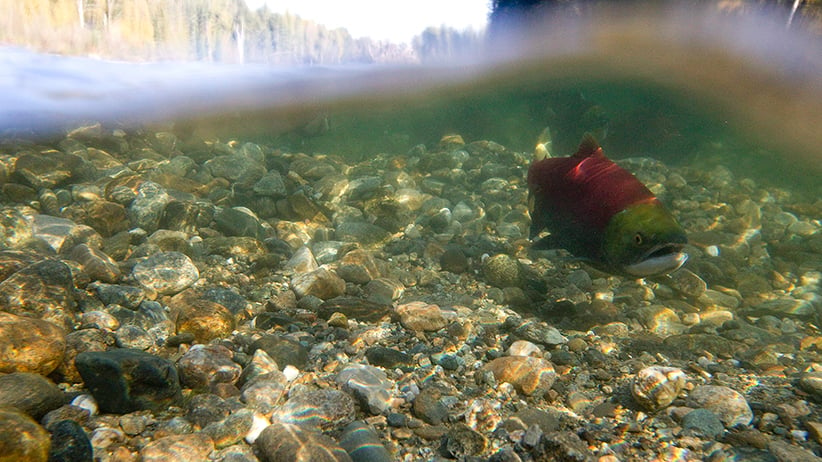 In the wake of the tailings pond breach at British Columbia’s Mount Polley on August 4, which loosed 10 million cubic metres of water contaminated with arsenic and mercury and 4.5 million cubic metres of tiny silt silicates into Hazeltine Creek and Quesnel Lake., there were fears that it might affect a salmon run that begins in the next few weeks that the Department of Fisheries has predicted could hit historic highs. Two weeks ago, Dr. Carl Walters—a professor emeritus at the University of British Columbia’s fisheries school who has studied sockeye salmon, the most significant species in the run, for four decades—told Maclean’s that he was confident that the leak would not affect the salmon run, saying that the waste silicates would sink to the bottom or be carried out of the system quickly.

However, Walters is no longer so sure. That’s in the wake of recent conversations with scientists in the field who suggest an interflow in the Quesnel waterways may be in play.

“At least some of that water sank down below the warm surface layer of the lake—the materials suspended in it made it heavier than the surface water—but then rode on top of the more dense cold water,” said Walters in an email exchange. “The interflow is kind of like a layer cake: the western part of the lake now has a layer of warm clean water, on top of a layer of polluted water, and below that is a layer of cleaner deep water.”

This situation, Walters said, can worsen for the coming sockeye run given three possible conditions:

“I still don’t think it will be a serious problem, but I just can’t say for sure,” said Walters. “But at this point all we can do is to keep our fingers crossed that the polluted layer will be diluted enough by the time the main body of fish arrives so as not to be a major problem for them.”

The interflow’s effects are currently being investigated by federal and provincial scientists, and Walters expects there will be a public announcement about this soon. Imperial Metals, which owns the Mount Polley mine, was given a deadline of last Friday to submit a comprehensive report to B.C. officials, though the report has not been released.