By coming forward about Jian Ghomeshi, two women set off a global conversation about sexual assault 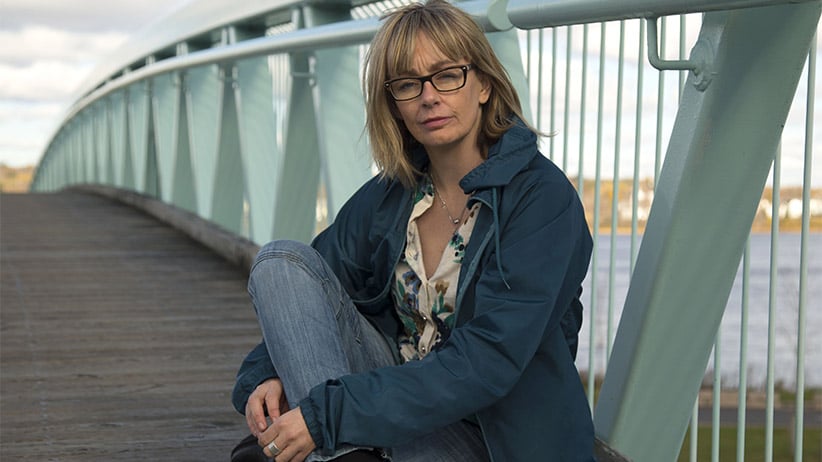 Actor and Air Force Captain Lucy DeCoutere during a video interview with the Toronto Star.

Until last October, actress Lucy DeCoutere was best known for the characters she played—most notably Lucy on the Showcase comedy series Trailer Park Boys. That changed when the 44-year-old came forward to allege that Jian Ghomeshi had choked her and slapped her repeatedly across the face while the two were on a date 11 years ago. The violence was sudden and non-consensual—going “from smooching to smacking”—she told the CBC Radio show The Current. DeCoutere, now a training development officer with the Royal Canadian Air Force, was not alone making allegations of assault against the former CBC host in speaking to the Toronto Star; four women had already come forward, with another eight (and one man) to follow. But as the first woman willing to be named, the first to have her photograph plastered all over media, and the first willing to risk the victim-blaming often experienced by women reporting assault, DeCoutere became the public face of the broader subject of sexual violence—as well as a trigger for an uptick of calls to rape crisis centres, of assault allegations, and concerns over the court of public opinion replacing legal due process. She became a rallying figure in a year that had seen widespread protest against sexual assault on university campuses, Elliot Rodger’s misogynist lethal rampage in California, and the #YesAllWomen campaign. #IBelieveLucy and #IBelieveHer hashtags flooded Twitter; DeCoutere’s supporters included Naomi Klein, who posted: “I have known Jian Ghomeshi for more than 2 decades and #IBelieveLucy, as well as the other courageous women, named and unnamed.”

DeCoutere also inspired author, entrepreneur and former lawyer Reva Seth to report that she too had been assaulted by Ghomeshi when they were casually dating in 2002. On Huffington Post, Seth wrote that one night Ghomeshi suddenly became “super angry, almost frenzied and disassociated” and attacked her violently, before acting like it was “all totally normal.” 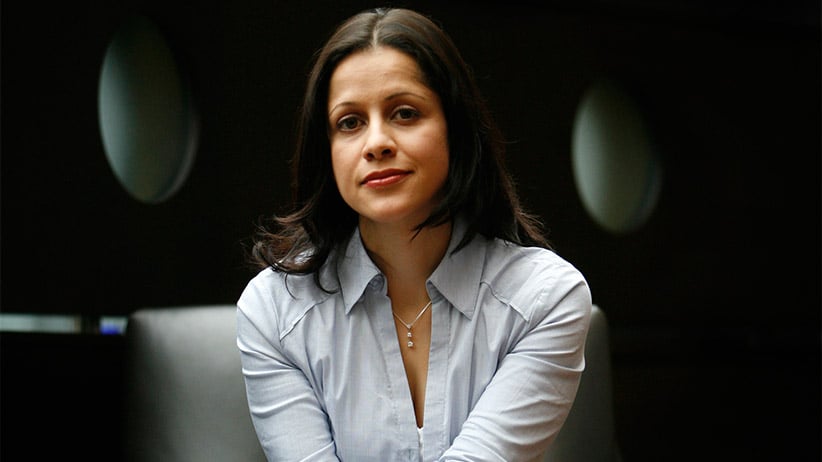 Together DeCoutere and Seth illuminated the complex and nuanced reasons women don’t report sexual assault, particularly when the assailant is someone they know. Seth, now married and the mother of three boys, was nervous coming forward even now, she writes, expecting “judgment, online trolls, the questioning of all your other choices,” or comment that her experience “was not bad or happened too long ago.”

She didn’t report to police because she saw no upside, Seth wrote. As a lawyer, she knew it would come down to “he said/she said” with her behaviour judged harshly: “I, as a woman who had a drink or two, shared a joint, had gone to his house willingly and had a sexual past, would be eviscerated.”

DeCoutere, for her part, didn’t even know how to process what happened, she said; she was so shocked she didn’t tell Ghomeshi to stop. Going to the police wasn’t an option because there “were too many holes” in her story, she told the CBC. The attack left no physical marks; she didn’t need or seek medical attention. She didn’t flee immediately, thinking it would be “impolite.” She even went out with Ghomeshi two more times shortly after; they didn’t discuss the incident, nor was he violent. Her situation was complicated by working in the same industry with Ghomeshi: “Alienating anyone is a bad idea; it’s a small world,” she told the CBC. As if further proof is needed, she would be a guest on Q, the program Ghomeshi hosted, years later.

Related reading:
#YouCantShutMeUp: Feminism goes viral
With our legal system, is it any wonder the harassed don’t report?
Is this a watershed moment in the battle against sexual harassment?

DeCoutere also registered a complaint (one of three) against Ghomeshi with the Toronto Police who have launched a criminal investigation. That probe has produced five charges: four counts of sexual assault and one count of “overcome resistance – choking.”

Other women also came forward to share their own stories not involving Ghomeshi, many under the banner #BeenRaped­NeverReported. Former deputy prime minister Sheila Copps reported she’d been assaulted by a colleague when she was an Ontario MPP in the 1980s and raped 30 years ago by someone she knew; at the time, police told her that conviction would be impossible.

DeCoutere told CTV that the response to her going public both surprised and saddened her. “So many people are responding in a way so positive, indicating that so many people have been in a situation that has been negative, and that sort of slays me, because: Really? How many people are in pain right now? A lot more than people knew.” By defiantly putting their faces on the complex issue of sexual assault, Lucy DeCoutere and Reva Seth made that truth evident—and set in motion a needed national conversation.