Nickelback is a national treasure, says Canada. Wait, what?

Why does Canada love the much-maligned band? Scott Feschuk searches his soul 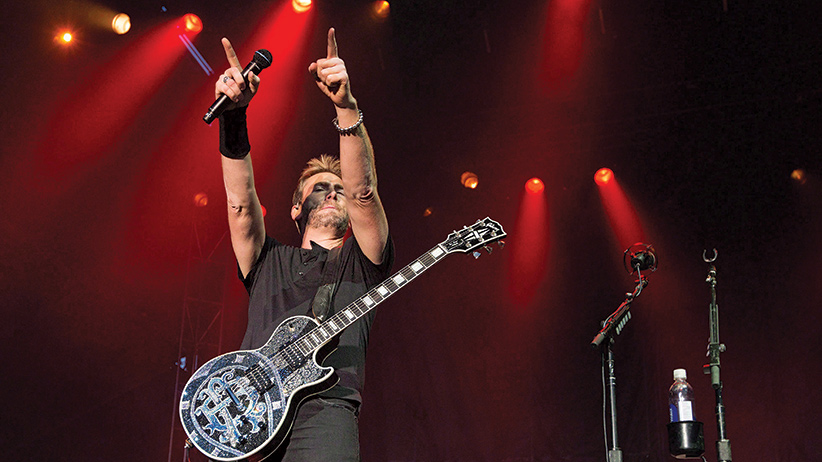 Among the biggest surprises in The Canada Project survey: 69 per cent of us view Nickelback as “a national treasure.” The result will surely be greeted by most Canadians with disbelief, and by most Nickelback fans with juvenile snickering at the number 69.

This apparent Nickelback love runs counter to the band’s traditional role as one of our most enduring national punchlines. Mark Zuckerberg mocked them publicly a few months back. A P.E.I. cop threatened to make drunk drivers listen to their music as punishment. Rolling Stone readers blasted Nickelback with the harshest insult: They ranked the band as “slightly better than Creed.”

But I think I see what’s happening here. I think I get it. You’re mellowing out, Canada. You’re getting soft. You’re saying to yourselves, “Hey, Nickelback has been around a long time. They’ve sold a lot of records. They’ve persisted and triumphed.”

You’re saying, “Maybe it’s time to give some respect to these kids from rural Alberta who had a dream—to spend their lives performing songs that help millions of young men express their feelings about strippers.”

You’re saying, “Screw the haters, screw the repetitive chord structure and screw the fact that many of the songs sound as though they’re being sung by Christian Bale’s Batman voice—maybe they are a national treasure after all.”

This astonishing about-face has prompted some personal reflection. With my own kids, I have definitely made a point of encouraging musical trial and tolerance. On long rides to hockey tournaments, we listen to indie, country, classic rock, alternative, oldies, whatever. I teach them that every type of music has merit, every artist deserves respect and consideration.

I also teach them that Nickelback is the frigging worst and if you ever play that stupid song about the photograph, you’re walking the last three miles in the snow.

But apparently I’m in the minority now! Perhaps I’m stuck in the past, thinking about Nickelback as they once were. Perhaps they have grown as musicians and artists.

MORE: In defence of Nickelback

Let us therefore consider the title track from their new album, Feed the Machine. Over a riff that proclaims, “I have purchased and listened to several Metallica CDs,” the song takes the provocative position that fascism is bad. It describes a society in which conformity is enforced and dissent is punished. It depicts a tyrant who rules at first with an iron fist and, later on in the song, with a mediocre guitar solo.

One of the verses concludes with the line “The piper blows his flute and off you go.” I think we can agree that all musicians have license to craft their own vision of a futuristic dystopia—but is a flute ever likely to be the instrument of choice for an authoritarian regime? The merciless despot delivers his decree of pitiless oppression and ends it with a fluttering lullaby? Feels pretty off-brand.

The new album also features Song on Fire—an entry in the dreaded “song about writing a song” genre, which has flourished ever since Elton John sat on the roof, kicked off the moss and saved 50 bucks on flowers by giving the gift of four maudlin minutes.

If we lived in a just society, every rock star who writes a song about writing a song would be forced to listen to a dozen office workers hold a meeting about their next meeting. Although in Nickelback’s case, it’s fair to acknowledge that coming up with lyrics can in fact be pretty tricky: There are only so many words that rhyme with “boner.”

In the chorus of Song on Fire—which is a ballad because DEEP THOUGHTS—singer Chad Kroeger contemplates setting his song on fire, or throwing it in the river, or hey wait maybe instead he will “tie the pages to a plane and send it to the moon.” Alas, our ears don’t have that kind of luck.

There is no hint in the lyrics as to how the song is received by the object of the singer’s affection. Most sensible women would gently point out to Chad that planes are incapable of travelling to the moon. And why tie the pages to the aircraft, anyway? Is the cabin jam-packed with a dictator’s pipers?

Flute-loving strongmen and moon planes. This is your national treasure, Canada.