No recreational pot shops in Ontario? This place didn't get the memo 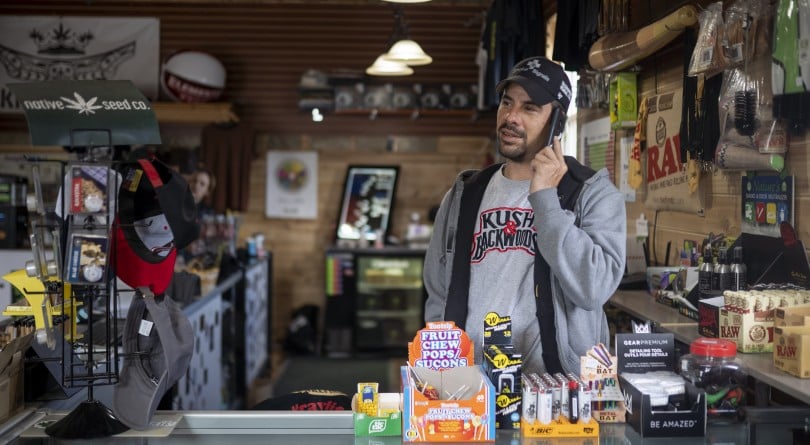 Jamie Kunkel noticed something different in his cannabis store on Wednesday, the first day of legalized marijuana in Canada. As a steady flow of customers walked through Smoke Signals’ doors on the Tyendinaga Mohawk Territory in southern Ontario, visitors didn’t look down or speak nervously. Instead, their faces carried wide smiles and bright eyes as they confidently selected their product of choice from the store’s shelves. One man perhaps from a different country, left celebrating, “I love Canadians!”

“Everybody’s happy,” Kunkel says, adding that he expects Wednesday’s sales to be double the usual number. “I’m happy for them.”

As Canadians across the country line up outside provincially and territorially regulated cannabis stores, marijuana users in Canada’s most populous province are, in a way, left out of the frenzy. For the time being, Ontarians can purchase their weed—legal weed, that is—only from the province’s online store. But there are other options for those willing to step outside the law, or for those simply yearning for quick and easy customer service. They are the roughly 40 pot shops found in Tyendinaga, where green business signs and flowery billboards line the community’s roads.

Earlier this year, Doug Ford took aim at plans laid out by his predecessor, Kathleen Wynne, dropping the Liberal plan for government-run stores in favour of a tightly regulated private retail model set to launch next spring, and offering a limited number of licenses to private retailers. Ontarians will be able to buy 30 grams of dried cannabis online (one gram is about the size of a ping-pong ball) which is the maximum one can carry in public. 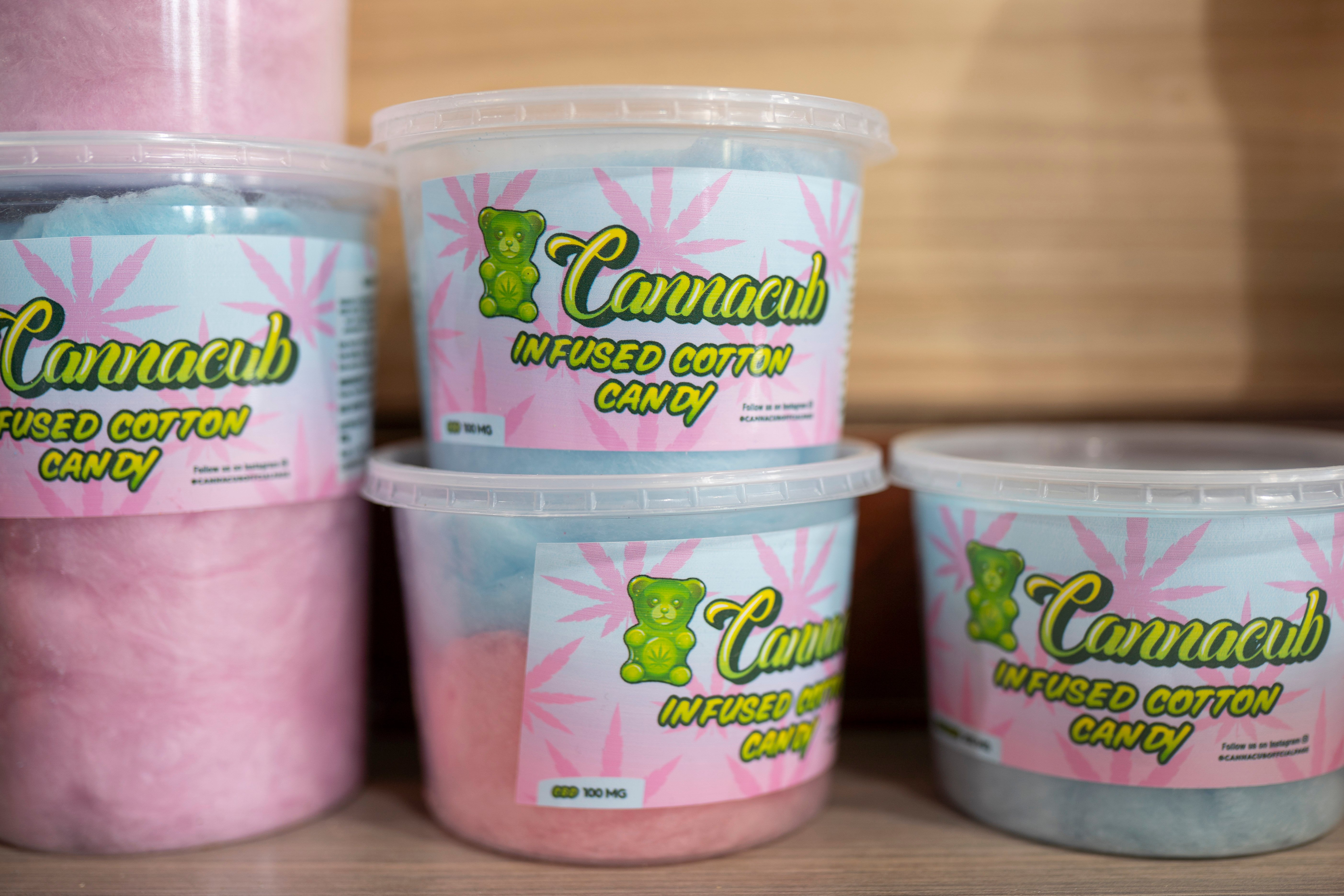 Bob Willie from Trenton, Ont. was an early morning customer at Smoke Signals. He’s been to the shop a few times, and believes he’s supporting the First Nation by making the 45-minute drive from home. “It’s a legitimate business,” he says, adding that with the new legislation he expects to make the trip down more often. With pot now legal, Willie takes solace in knowing that he no longer has to hide it from the public or his neighbours: “It’s a great sense of relief. It’s nice to do this legally—sort of.”

Chris from Toronto, who asked that his last name not be used because he grows his own cannabis back home and may be in breach of the law stopped at Smoke Signals while on his way to a cottage. He buys for the shop a few times a year and doesn’t plan to purchase weed online from the Ontario Cannabis Store. “I don’t really trust the province yet,” he says. “If they obtain any personal information from me, I won’t trust them with that either.”

Tyendinaga has long fought for two rights: to use cannabis recreationally—many on reserve use it for medicinal purposes—and to participate in the cannabis industry however it sees fit. In total, Tyendinaga’s network of weed businesses provides nearly 400 jobs to band members, according to some sellers. But for the community, Kunkel explains, this now-legalized economy isn’t new. “It’s always existed,” he says. “It’s just been frowned upon.”

RELATED: The reason that cannabis is now legal in Canada

Kunkel counts among the critics of Ontario’s online store. He says it’s akin to trying to sell a head of cabbage on the Internet: “You haven’t been able to pick it up, look at it, feel the density of it, smell it, you don’t know whether it’s ripe or whether it’s rotten.” And when customers head to the cash register, they’ll notice that cannabis shops on Tyendinaga don’t apply taxes to sales (though the community of marijuana sellers recently met with their band council to plan its own tax structure going forward). A gram of dried cannabis at any given store on Tyendinaga can be anywhere from $7, $8 or $10; under the federal pricing scheme, it comes out at roughly $9 per gram, which includes a $1 excise duty, plus standard HST/GST. Smoke Signals and other shops are, however, respecting the province’s legal age of purchase: 19.

When Kunkel’s shop and others first opened up in Tyendinaga, most required that customers provide a medical reason for smoking marijuana. That changed after Trudeau embarked on his government’s long-awaited journey to put an end to the prohibition of recreational cannabis. Kunkel stopped requiring medical information the day the PM made the promise. “You’d have to think that you’re shooting yourself in the foot to still require a medical reason,” he says.

To be clear, marijuana dispensaries are illegal in Ontario—notwithstanding the many that sprouted up across the province and country after Trudeau made his promise. However, unlike in Toronto, Vancouver and other cities, those in Tyendinaga have been spared of police raids. Some Toronto dispensaries closed shop on the eve of legalization, fearing the possibility that they would be excluded from receiving a retail license.

But even with Ford as premier, Kunkel can’t imagine force being used in Tyendinaga. The community has a population of roughly 4,000, which he estimates is made up of about 25 extended families. With dozens of stores on the reserve—one every 100 metres in some spots—he guesses that there’s one or more stores in each family’s name. He describes the spectre of a police raid as “an act of war,” adding: “The police would not pull it off. It will take the military to pull off a raid in our community. I don’t see that happening.”

Certainly at this stage the province doesn’t seem too bothered, saying it will “continue to engage with Indigenous peoples, communities and organizations.” In a statement to Maclean’s, a spokesperson from the ministry of the attorney general stressed that cannabis storefronts “remain illegal,” and that distributing the product illegally can carry maximum fines of up to $250,000 and $1 million for individuals and corporations, respectively. But, added Brian Gray, “The Cannabis Act, 2017 gives the flexibility to accommodate community specific on-reserve approaches,” and noted that the AG could “enter into agreements with First Nations communities related to cannabis regulation.”

Down the road from Smoke Signals sits Legacy 420, a sprawling 10,200 sq. ft. medical marijuana dispensary. Customers shop in the front, while employees wearing white lab coats stock inventory and make and bake cannabis edibles in the back—there’s also a scientist running potency tests. Like many of the shops on Tyendinaga, Legacy 420 grows its own cannabis. But the sale of edibles is not yet legal in Ontario. And despite its medicinal guise—customers were never required to bring a doctor’s note—the store’s owner, Tim Barnhart, says that it will have to sell recreational weed to succeed. “The police,” he says, “are being pragmatic.” He adds that, while the community itself is not unanimously accepting of the industry, it values its self-determination.

RELATED: The grandfather who bought Canada’s first legal weed (near as anyone can tell)

One customer on legalization day was Michelle from nearby Belleville, Ont. who asked that her last name not be used because she works in health care. The dispensaries in Belleville, she explains, closed down quickly. But on this day, she feels less paranoid making the 15-minute drive to Tyendinaga and has no plans to buy from the government. “You feel a little bit safer to carry it,” she says of legalization, adding that she tries to “support local businesses.”

Back at Smoke Signals, Kunkel is disappointed legalization took so long. In his mind, regardless of his community’s stance on the regulations and laws handed down by the federal and provincial governments, Wednesday was a clear-cut victory for the cannabis industry. Now, it was business as usual—save for a few BBQs in the community meant to say thanks to loyal customers.

“We’re a sovereign people, a sovereign community,” Kunkel says. “For us, we’ve been here since the beginning of time, this is our home… and since the coming of the non-native person, we’ve just wanted to be left alone. Let us do us, and you do you.”