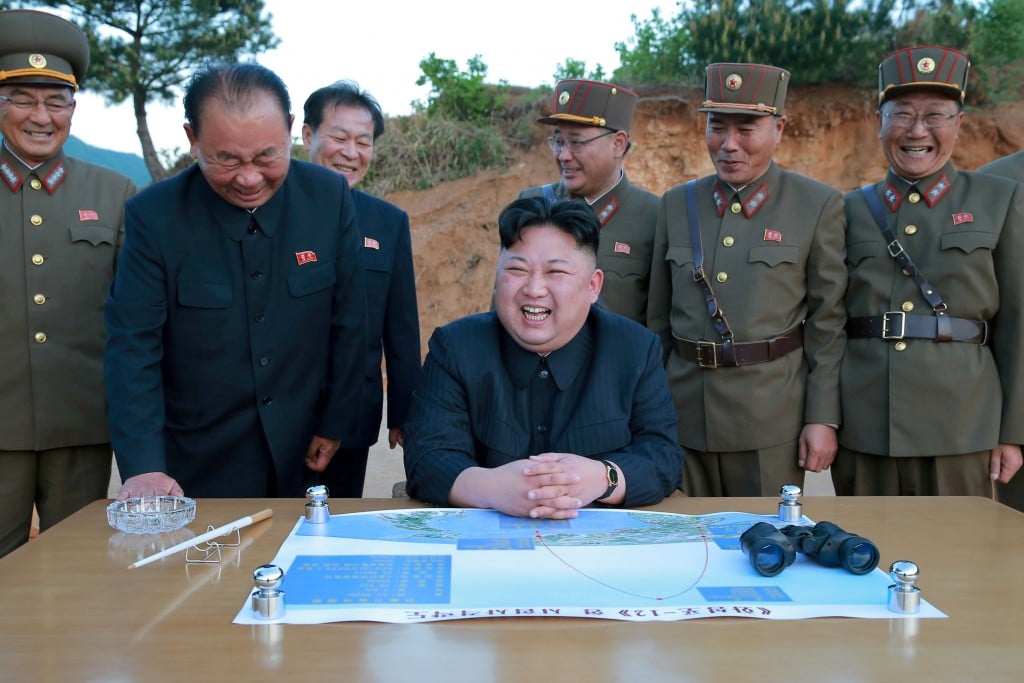 The Sunday morning tremors, measuring a magnitude of 6.3, signalled a major escalation in North Korea’s nuclear program. Pyongyang claims to have tested its first hydrogen bomb, one that could be placed on the head of an Intercontinental Ballistic Missile.

Though the size and scope of what happened still has to be verified at time of this writing, U.S. President Donald Trump confirmed the event in a series of tweets. “North Korea has conducted a major Nuclear Test,” he wrote. “Their words and actions continue to be very hostile and dangerous to the United States.” And that means, very dangerous for Canada as well. The tremors from the blast immediately move the debate about Ballistic Missile Defence (BMD) to the front burner of the political stove in Canada.

North Korea’s state media claimed—in its usual brutal syntax—that their sixth nuclear test means they have “reached our goal of completion of national nuclear power.” If a North Korean nuclear-tipped ballistic missile is actually capable of targeting the U.S., it could theoretically hit Canada. If the math on the trajectory path is off, what is meant for, say, Seattle could hit Vancouver. That’s sobering.

Days before this latest test, a senior source in the Prime Minister’s Office told me the debate about BMD is unavoidable and likely necessary. The political challenge for the Liberals is that they believe Canadians don’t want to do a big military deal with the unpopular Trump. Canada doesn’t want to be too closely tied to his foreign policy. This is the “client state” position that Foreign Affairs Minister Chrystia Freeland warned about in her now-famous speech about the U.S. abdicating its global leadership. That speech suddenly looks dated. The U.S. has since doubled down on its war in Afghanistan, as I wrote about yesterday in this magazine, and North Korea’s nuclear capability is growing more quickly than anyone appreciated.

Well, not anyone. A senior U.S. source told me months ago that the Trump administration has been pressing Canada to get involved in ballistic missile testing because of the North Korea threat. They expected Canada to take a pass on the renewed U.S. war in Afghanistan, but in return, they wanted support on other issues, especially North Korea.

As a result of that conversation I asked Canada’s Defence Minister Harjit Sajjan back in June—on camera—if Canada would review its ban on ballistic missile testing. Ballistic Missile Defence was an extremely divisive issue in 2005 when then-prime minister Paul Martin opted out, but now the situation is more acute. Sajjan gave a characteristically vague answer, saying it was not on the table, but then suggesting that Canada is working with the U.S. to modernize NORAD and meet the new challenges. Clearly there was some wiggle room.

Late last week I asked the Department of Defence if anything has changed and their response was interesting. DND spokesperson Jordan Owens first quoted the minister: “Our policy is not changing on BMD. What we are going to be doing, as I stated, is looking at all perils of threat from air, maritime and underwater. We will look at the air threat as well in our future discussions on NORAD modernization.” So far, not much new. But then she went on. “So while Canada’s new Defence Policy does not change our position on BMD, it does commit us to continue ongoing collaboration with our U.S. counterparts on ways in which we can evolve our approach to North American defence. The new defence policy commits the Government of Canada to examining, through NORAD modernization, territorial defence against all perils, including threats from cruise missiles, ballistic missiles, and other future technologies to provide Canadians with greater security at home.”

In politics, that is how you avoid saying no. The mealy-mouthed explanation on this issue—and to be fair, Canada does have to be extremely cautious on this—has spurred former Liberal Senator Romeo Dallaire to openly support BMD. Opposition MPs have demanded an emergency debate about BMD at the defence committee on Tuesday. Ballistic missile defence is unproven, potentially dangerous and expensive. But now, more than ever, it might be necessary. The question is, how deeply will Canada get involved in the North Korean standoff?

Trump has already ramped up his rhetoric by chastising the South Koreans, who have lived for decades with this threat. “South Korea is finding, as I have told them, that their talk of appeasement with North Korea will not work, they only understand one thing!”

What is that “one thing”? The truth is, when dealing with a rogue nuclear nation like North Korea, there is no “one thing.” The world has learned this in its dealings with another nuclear power—Pakistan.

In the past few weeks Trump has quite rightly called out Pakistan for its support of terror networks in Afghanistan. Trump wants to squeeze Pakistan in ways that have never been done before to cut off support for the Taliban. It is part of his new strategy in the war in Afghanistan. That has some experts very excited, and others very nervous. Dealing with a nuclear power that could potentially have a 1979 Iranian Revolution is a delicate business. One rogue nuclear nation like North Korea is enough. But some experts believe that the more delicate strategy of negotiation and support has proven to be a failure. The Pakistani and North Korean situations have much to learn from each other.

“Throughout Bush and Obama administrations, diplomacy was pursued with Pakistan—the true and principal source of a sustained insurgency in Afghanistan,” argues Shuvaloy Majumdar, a Munk Senior Fellow with the Macdonald-Laurier Institute who was once the policy director to several Canadian foreign ministers during the war in Afghanistan. “Enter Trump, who is heeding excellent advice from his NSA, Defence Secretary and Chief of Staff. All understand that the endemic source of the problem in Afghanistan is Pakistan’s intelligence. How can Afghan institutions serve the Afghan people if the constant threat is fuelled by the country’s belligerent neighbour?”

Majumber argues that China and Russia both have an interest in regional stability for economic reasons and so will respond positively to U.S. pressure. “All of the regional actors have a vested interest in a stable Afghanistan. There is leverage here on shared security interests. The U.S. had already cut its military assistance to Pakistan under Trump. Pakistani military leaders are now in a position where they are increasingly isolated. If members of the Pakistani intelligence ultimately are listed for their support for terrorism by the U.S., the UN and NATO member states, it will compel the military to think about the benefits of deploying terror. Ultimately, they must be made to understand that this irresponsible policy bears significant costs, an increasingly isolated position, and that it must rethink its conspiracy theories.”

All that may be true, but unless billions more dollars are made available for the so-called DIME approach in Afghanistan—Diplomatic, Infrastructure, Military and Economic support—Pakistan’s influence will not change. It is hard to push around a nuclear power.

Trump wants allies like Canada to come to the table to help. “We will ask our NATO allies and global partners to support our new strategy, with additional troop and funding increases in line with our own,” he said. Canada will refuse, but that will likely mean giving up on another crucial file: ballistic missile testing.

The tremors felt from the North Korean nuclear test have destabilized the world, from Pakistan to Canada. It’s all connected. It always has been. In late June of 1950, Canada began its three-year combat involvement with the UN in the Korean war. Five hundred and sixteen Canadians were killed. The conflict is part of Canada’s past, but now, with the latest nuclear test from North Korea, it looks to be part of our future as well.