On the Teck Frontier mine: stumbling in the shifting sands

The days of rubber stamping projects are gone. Enter the days of having no idea what the conditions for approval even are. 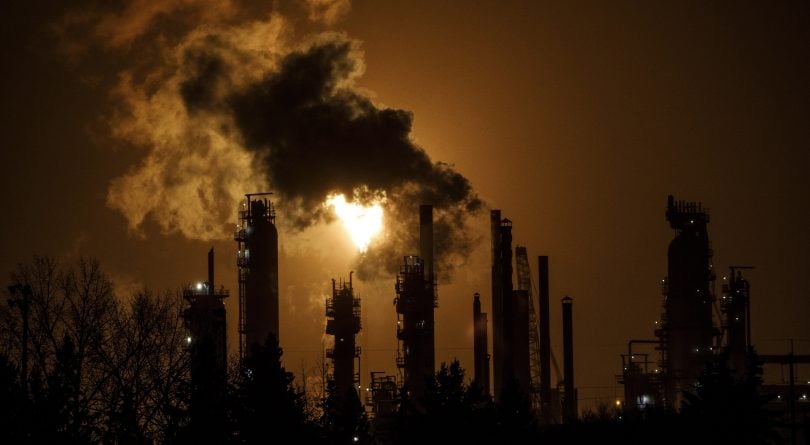 Reading the letter in which Teck Resources CEO Don Lindsay bids adieu to the Frontier oil sands mine project, it’s easy to imagine him getting a little wistful for the good old days as he (and team) wrote it. And not just the days of US$85 per barrel oil that existed when the company first applied for approval, levels that would make the mine far more economically viable than today’s $50-ish price. Also for the longstanding golden age in which the way governments reconciled petroleum development and climate change was to rubber-stamp any project after technical regulators sorted through the details and smoothed over any concerns.

In Justin Trudeau’s Ottawa, a realm where climate change is in one minister’s job title and purtportedly prominent on the minds of all his cabinet colleagues, the bar for rubber-stamping an oil sands development is higher. How much higher? That’s the problem for Teck and other businesses. They have no idea what conditions they have to meet, and nobody else seems to, either.

“Global capital markets are changing rapidly and investors and customers are increasingly looking for jurisdictions to have a framework in place that reconciles resource development and climate change, in order to produce the cleanest possible products. This does not yet exist here today and, unfortunately, the growing debate around this issue has placed Frontier and our company squarely at the nexus of much broader issues that need to be resolved. In that context, it is now evident that there is no constructive path forward for the project. Questions about the societal implications of energy development, climate change and Indigenous rights are critically important ones for Canada, its provinces and Indigenous governments to work through.”

Had the Teck project landed on the federal cabinet’s desk in Stephen Harper’s 2014 (or in Andrew Scheer’s 2020), that framework would have been in place, and would have provided an easy, technocratic ‘yes’. But in Present Reality, there is no framework. There’s no clear sense of whether another green-lit oil sands mine fits within Canada’s short-term or mid-range emission reduction commitments, let alone the new pledge to go net-zero 30 years from now.

The federal Liberals have no policy concerning the pace of oil sands development, short of Trudeau shying away from his 2017 town-hall remark about “phasing out” the northeast Alberta sector. So it was left for this mine proposal to become the grand litmus test for whether oil sands deserved a red line or a big blue checkmark.

Teck’s withdrawal of the proposal makes it clear executives feared a “no”—or something tantamount to rejection—and this not only saves face for the mining giant: it helps preserve some of the value of its oil sands lease. The value of this land near Wood Buffalo National Park plummets if it’s suddenly only good for bison range.

RELATED: The outsized meaning of the Frontier oil sands mine

The company, as it saved face, also saw this as a good opportunity to demand governments have actual big-picture oil sands development policies, and not just leave each project, one by one, to the whims of the varying beliefs of cabinet ministers who think one more straw will break Canada’s carbon back, or that this one is climate-affordable and economically necessary. (Though this was the one and only project, as no other company has proposed an oil sands megaproject in these days of low oil prices; Shell scrapped its Pierre River mine project in the final months of the Harper government in 2015.)

Should Ottawa ever take that mission assignment seriously and devise an oil sands development policy, it would doubtless take note of the long inventory of already approved and unbuilt oil sands projects, totaling nearly two million barrels per day in production—seven times the capacity of the Frontier mine. According to a recent Pembina Institute report, those would push Alberta’s oil sands well past the province’s legislated cap of 100 megatonnes of greenhouse gas emissions, a cap Ottawa has incorporated as crucial to what little oil sands policy the Liberals have. If Teck or another oil sands company was slotting its project into a federal framework, it would know if its better-than-average promise of a carbon footprint was suitable to cabinet, or if it had to do better.

Without such a prefabricated policy mold for an oil sands mine to be poured into, the oil sands sector and investors will complain that the goalposts keep shifting. Well, of course they do. Public opinion is steadily hardening on climate change action, so how does one imagine political expectations would remain static?

Investor perspectives on environmental performances keep shifting, too—away from oil sands as a sustainable global fuel choice in a supply-glutted world. Barring a change in federal government, those goalposts will keep shifting, too, so that if an oil sands policy does formulate or Teck musters up the courage to resubmit its proposal, it’s almost certain that a bitumen development would have to be far greener than the one Teck deemed had so-so chances of succeeding in today’s climate.

Jason Kenney’s Alberta government has subtly been willing to accept those changing expectations, quickly agreeing with Ottawa last week it would give regulatory teeth to the oil sands emissions cap, after showing indifference to such a move. But you’d be forgiven if you didn’t notice Jason Kenney’s nuanced greenward shifts, for all his angry rhetoric about the gall Ottawa had to hesitate in approving another bitumen mine.

His heated rhetoric against environmentalists and dismissiveness of climate-risk-minded investment well overshadow in even Albertans’ minds the actual policy he’s enacted. On a CBC call-in show on the Teck project Monday (on which I was a guest), almost every guest criticized Kenney for ending the former Notley government’s climate plan—even a Fort McMurray local councillor who bemoaned the mine dream’s demise.

I felt compelled to jump in and note that while Kenney scrapped the consumer carbon tax and weakened Alberta’s large industrial emitter rules, those rules were strong enough to get Ottawa’s endorsement as strong enough. That, plus the agreement to toughen the emissions cap on oil sands, pale in the public eye to the lengthy, rally-style speech Kenney gave Monday to condemn the Trudeau Liberals for letting Frontier die and to hail the new Alberta Court of Appeal victory over the carbon tax.

The partial responsibility Kenney bears for the end of Teck Frontier is because of his aggressive pro-oil tone, which ratcheted up pressure and attention on the project to the point that he almost dared Ottawa Liberals to kill it, something many of them were suddenly more inclined to do. The mine drew outsized public attention outside of Alberta in recent months thanks to Kenney shifting his own goal posts to make this a key determinant of whether the West felt alienated or not.

For this Alberta government and its federal Conservative allies, those days of old still exist. Oil sands mines would get the national OK out of habit. Less and less of the Canadian public seems to live in that era nowadays.