The Conservative Party was made aware of the allegation against the then federal MP, but it decided to let him run in the 2015 election 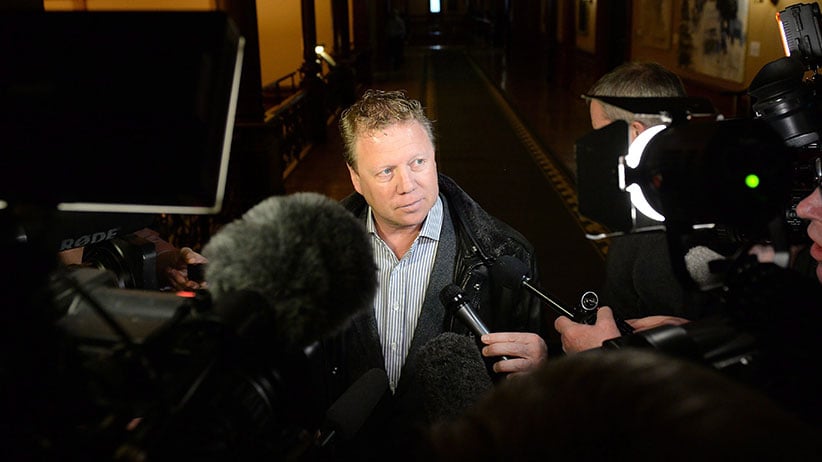 Rick Dykstra, then president of the Ontario PC Party, arrives for a meeting to pick an interim leader at Queen’s Park in Toronto on Friday, Jan. 26, 2018. (THE CANADIAN PRESS/Nathan Denette)

Senior Conservative campaign operatives discussed dropping MP Rick Dykstra as a candidate in the 2015 federal election when they became aware of allegations that he sexually assaulted a young staffer the previous year.

The campaign decided to allow him to continue to run. He lost his St. Catharines riding and subsequently became president of the Ontario Progressive Conservatives, a position he resigned on Sunday night, two hours after he received an email from Maclean’s outlining the allegations contained in this story.

Dykstra is a friend of Patrick Brown, who was leader of the party until he stepped down last week after several women told CTV news that he had engaged in inappropriate sexual contact with them. Brown denied the allegations and supporters feel he has been sand-bagged. Dykstra played a key role in the tense behind-the-scenes showdown over how the party will replace Brown.

Dykstra’s resignation on Twitter made no mention of the allegations against him. “As the process unfolds, I have made the decision to step aside as president and take a step back for someone else to lead us through the hard work,” Dykstra tweeted. Dykstra initially acknowledged receipt of the Maclean’s email and said he “will be responding.” This story will be updated when a response is received. His lawyers told the Canadian Press on Monday that he “categorically denies” this story.

A young Conservative staffer filed a report with Ottawa police in 2014 complaining that Dykstra sexually assaulted her after a party.

The woman, who was then in her early 20s, worked for another Conservative MP at the time, a friend of Dykstra’s. She spoke about the incident to her boss, several friends, an official in the party whip’s office, and finally hired a lawyer but the Conservative government did not take action against Dykstra.

The young woman spoke to Maclean’s on condition of anonymity because she believes speaking out publicly could damage her career. The allegations have not been proven in court.

The alleged incident took place on Feb. 11, 2014, the night of the federal budget. The young woman went to Hy’s Steakhouse, a now-closed Ottawa restaurant and bar, for the traditional post-budget party. Later, she went with a group of Conservatives, including Dykstra, to Chateau Lafayette, a downtown tavern, for more drinks.

At about 1:30 a.m., the woman, who says they were both drunk, decided to go home. Dykstra jumped into her cab and gave the driver his address. When they got there, he was “very insistent” that she go upstairs with him, she says, ignoring her repeated refusal.

She eventually relented. When they got to his apartment, she says he pushed her against the wall and starting kissing her. “I was saying no, but I didn’t feel there was much that I could do to stop what was happening,” she says.

She felt powerless in part because he was much stronger than she was, she says.

“He brought me into his bedroom and he told me to sit down on his bed and that he would be right back. He had a bathroom that was adjoining to his bedroom and when he came back he was wearing only his underwear. And he sat down next to me and was still trying to kiss me. Eventually I got up to leave and there was a space between where his bed and the wall was. He cornered me and had me there. I didn’t feel like I could move.”

She says Dykstra forced her into a corner and stood over her.

“Eventually he pushed me down into the space between the wall and his bed. So I was kind of cornered with the bed here, the wall here and a side table here and him blocking my entrance. So I didn’t have anywhere to go. And at that point he pulled down his underwear and forced me to perform oral sex on him.”

She says that when he climaxed, he said, “I know you liked that,” and went to the bathroom.

While he was in the bathroom, she grabbed her coat and purse and fled, and called a friend to say that she had been assaulted.

She initially didn’t want to go to the police, but did write an account of the incident at the urging of her friend.

Her friend eventually convinced her that she had to report it. She gave the Ottawa police her written statement, they interviewed her on camera and launched an investigation, but she ultimately decided not to lay charges. The investigating officer confirmed on Sunday that officers investigated and that the investigation was stopped at the request of the alleged victim.

The young woman says her job became stressful because she worked in the same building as Dykstra. “It became almost crippling for me anytime I needed to use the elevator and have to leave my office because I knew there was a chance I would have to be in close proximity to him.”

Things got worse when he popped by her office.

“Maybe a week or two after, I wore the same dress that I had been wearing the night that it happened and he came up to our office and commented how nice I looked in the dress I was wearing,” she says. “That kind of sent it over the top for me, that just interactions with him were awful.”

When she became aware that Dykstra was going to attend an event, she felt she had to tell her boss about the incident, to ask him to keep Dykstra away. To her knowledge, her boss took no other action.

She was depressed and having trouble sleeping. She got tested for sexually transmitted diseases, and got prescriptions for anti-depressants and sleeping pills. She started looking for other jobs.

She confided in friends, looking for advice because she was terrified of how it would affect her career if she complained.

“What struck me was how she told me about it from a position of fear,” one friend, a successful entrepreneur, said in an interview last week.
“She was clearly extremely upset,” said another friend, a lobbyist. “She was not only confiding in me but seeking insight in terms of next steps.”

The woman’s friends spoke on condition of anonymity because of concerns over their careers.

Eventually, another friend told the party whip’s office that she had been assaulted. Kym Purchase, then the chief of staff in the whip’s office, made contact with her and they went for coffee.

“I expressed that I was worried that I didn’t know what the impact would be of me having told (my boss) about this, and I didn’t know if I was just going to be out of a job or what would happen. She told me that they would keep a file on record in the whip’s office in which it would say I had expressed concerns about it.”

Purchase said Sunday that the young woman said she didn’t want a file created, because she was afraid the information would leak out and damage her employment prospects.

“There was no sexual harassment policy on the Hill,” Purchase said. “There were no guidelines in terms of what to do in these situations. So at the end of the day, what you are left with is the choice of human decency, and when a person does not want you to say anything, what do you do?” 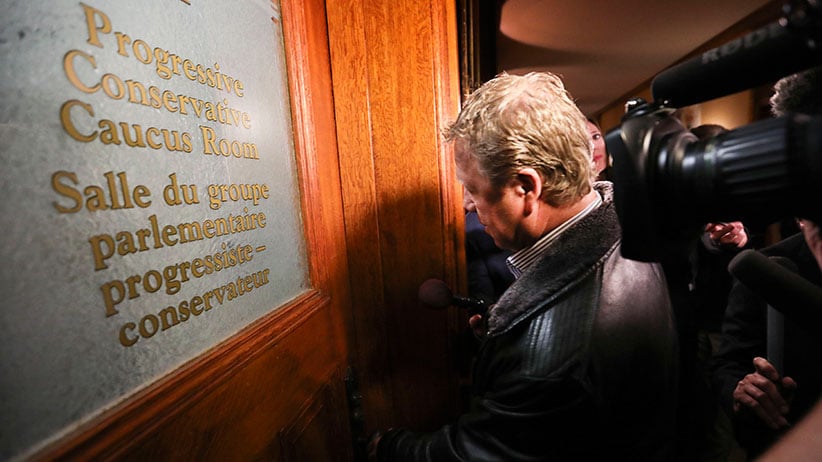 The young woman says she is certain she asked for a file to be created, because she wanted there to be a record in case she was let go.
She ultimately decided to leave federal politics and left Ottawa. In August 2015, after she received private Facebook messages citing the incident, she considered asking the police to reopen the investigation, so she hired a lawyer, who wrote to the party whip’s office to seek a copy of the file created after her conversation with the official.

In October, during the election campaign, lawyer Arthur Hamilton, who often acted for the Conservative Party on difficult legal and political matters, wrote to her lawyer to say there was no file.

“At present, the initial answer from the Whip’s office is that there is no file, and specifically no memo from (the official) as you have described it in your correspondence.”

That exchange of letters came to the attention of the Conservative war room, where officials discussed whether Dykstra should be dropped as a candidate. He was not.

Another Conservative campaign official in the meeting where officials debated this, speaking on condition of anonymity, said there should have been a file.

The woman who alleges she was assaulted says that the party was not looking out for her.

“They never once asked what I really wanted. It was all about just making sure that nothing got out and their public image was OK. As if they were just trying to put it off until after the election.”

She thinks that things have changed since then.

“It was a different culture, I guess you could say.”

After he was defeated in the 2015 federal election, Dykstra ran for the presidency of the Ontario Progressive Conservatives, winning by acclamation after his friend Brown brokered a deal where the other candidate, Jag Badwal, withdrew.