The pardon is a formality, in a rubber-stamp system 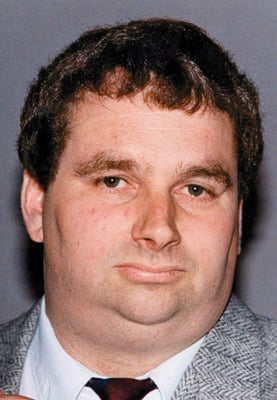 The revelation last weekend that the National Parole Board had pardoned Graham James, the former junior hockey coach convicted in 1997 of sexually abusing Sheldon Kennedy and other teenage players, was met with rage and bewilderment. “Pardon” is a word that, in ordinary lay use, denotes forgiveness and exoneration. It is not easy to use it comfortably in connection with James, who defended himself by insisting that his relationship with Kennedy was “consensual,” and who has been accused of molesting other players during his coaching career, ones not involved in his 1997 trial.

Canadian parole officials see things differently. To them, a “pardon” is an administrative formality, one available virtually as a matter of right to ex-convicts who have displayed lawful behaviour outside of prison.

More than 99 per cent of pardon applications that reach the adjudication stage are granted by the NPB. But to get that far (as only three-quarters of filed applications do), an applicant has to pass several tests, be fingerprinted, compile his own records, and pay fees. Although the volume of pardon applications is expanding fast, it still seems modest—roughly 36,000 were filed in fiscal 2008-09—in a country where over three million people are thought to have had a criminal record.

For summary-conviction offences—misdemeanours whose maximum penalty is less than two years in prison—the law says the parole board must grant a pardon if there has been no subsequent conviction after three years. For the more serious indictable offences, the wait time is five years, and the ex-con has to prove “good conduct” to the satisfaction of the board, supplying police records and court information from the places where he has lived. (In either case, the clock doesn’t start until the whole sentence has been served, all fines or restitution arrangements are paid up, and any community service completed.)

Pardons are revocable; the “good conduct” has to last a lifetime. The board’s director for clemency and pardons, Yves Bellefeuille, estimates that of the approximately 450,000 pardons granted since it was given jurisdiction in 1970, 3.5 per cent have been revoked because the grantee committed another crime or because misleading information was discovered in his application.
Under the Criminal Records Act, a pardon restricts public access to federal records of a particular criminal conviction. But a pardon, unlike a discharge, never leads to the destruction of a record, merely its sequestering. (And other countries aren’t bound to honour Canadian pardons, as some southbound Canadians with half-forgotten criminal records from their youth have discovered at the border.) Police performing an investigation have access to records of pardoned convictions; the CRA only forbids them from disclosing those records to the public.

For sex offenders like James, federal criminal records are specially flagged, and even though James has received a pardon, his conviction still has to be disclosed to potential employers (or volunteer organizations) doing a criminal-record check if the work involves “being in a position of trust or authority” over children or vulnerable adults.

The pardon given to James set off an immediate political controversy. Public Safety Minister Vic Toews said the Prime Minister phoned him before the story hit the wires and asked him to come up with new legislation revising the pardon system, a product of Trudeau-era justice reforms. The CRA doesn’t distinguish between indictable offences of varying severity and outrageousness. No crime is considered unpardonable, and even where the parole board makes extra efforts to establish “good conduct,” the means available to it are naturally limited, especially as the number of applications grows (with encouragement from an expanding paralegal sector).

Liberal criminologists in the U.S. generally admire Canada’s system of easy rubber-stamp pardons. Plagued by high incarceration rates and a semi-permanent criminal underclass in their own country, they admire the way it quietly facilitates reintegration. But that comes at the cost of making criminal justice more bureaucratic and less public.

The parole board’s explicit policy is that “a pardon is evidence that the conviction should no longer reflect negatively on a person’s character”—an indisputably asinine statement when it comes to the specific case of Graham James, and perhaps a questionable one in any instance. It is strange for the board to admit that it is largely powerless to deny most pardon applications­—as its representatives suggested when the James story broke—and at the same time deny citizens the means to make their own ethical judgments about a person’s “character,” instead substituting its own assessment.

Toews suggested the government might simply remove the possibility of pardon for some criminals. “Pedophiles are especially difficult to rehabilitate, if ever,” he noted. And he seemed to imply that the government might extend wait times for pardons in particularly outrageous offences: “I think there is a distinction to be made between a break and enter and a rape.” This is precisely the sort of political question we elect, and expect, legislators to settle. It may well be time, after 40 years of criminological experience and social change, for them to get involved with fine-tuning the system.