'She doesn’t ask for anything'

Annabelle Kim is a philanthropist by nature—and nurture 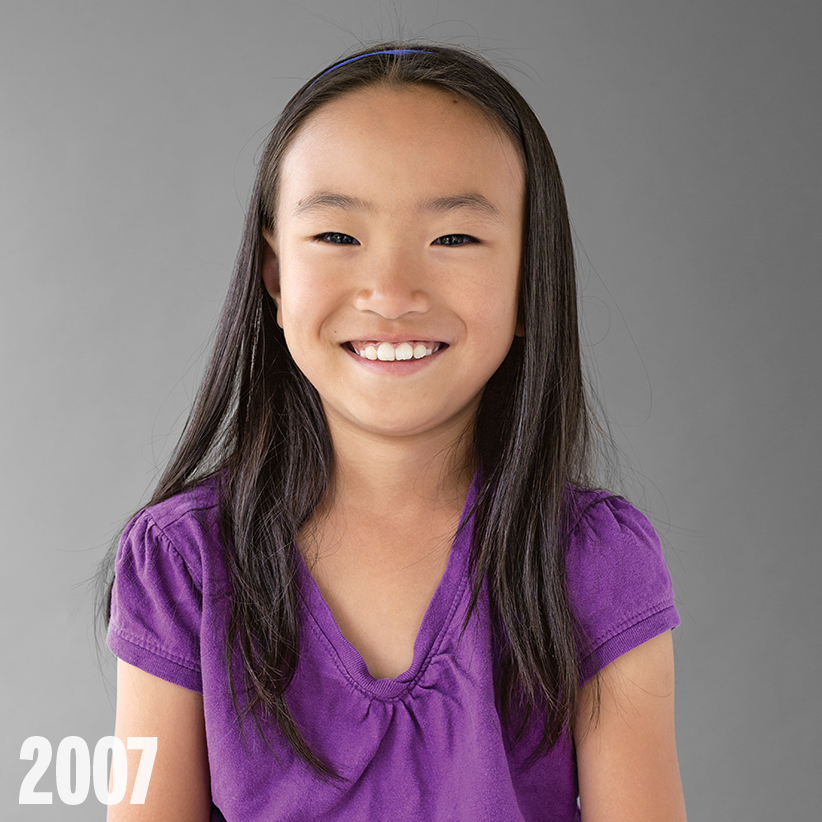 Annabelle Kim is an eight-year-old with very few requests. When she goes to the mall each December, she does not scout for toys or sit on Santa’s lap. Instead, she sings carols in the vestibule and encourages shoppers to drop change in the kettle that is as red as Rudolph’s nose. Even on her birthday, Dec. 3, she fundraises at the mall, often asking teenagers to dig deep in their pockets. “We have a lot of things so we should give some to the poor people,” she says. “Like at least 10 per cent or even more.”

Annabelle’s philanthropy does not stop when the kettle is full. In past years, she has helped stock the holiday “toy shop” at her local church in St. Albert, Alta., where she organizes boxes and shelves of princesses, water guns and other childhood charms for parents to choose for free. Sometimes Annabelle would like to have one of the princesses herself, but she knows she already has plenty. “I have a home and food,” she says. Her favourite food is bread—“maybe with a little bit of butter.”

FROM THE ARCHIVES: In 1908, General Booth penned an essay on “The business of The Salvation Army”

Beyond the holiday season, Annabelle visits seniors homes each week to sing and help with chapel services. For those with poor eyesight, she and her fellow Salvation Army junior soldiers flip the pages of the hymnbooks to the appropriate song. “Except I can’t do page numbers over 100,” she admits. “It’s complicated.” At first, the sight of wrinkled faces and intravenous tubes at the seniors homes scared her. Her 12-year-old brother, Nathaniel, who is also a junior soldier, shared his wisdom. “He told me that’s what happens when people get old. And when Mommy gets old and looks like that, she’s still going to kiss me on the lips.” Annabelle wasn’t scared after that.

Altruism is in her genes. Her parents, Peter and Grace, are pastors with the Salvation Army whose work has helped gangs in Winnipeg, homeless people in Toronto and children at risk of human trafficking overseas. Peter turned to Christianity after being homeless himself as a teenager, when he gazed up from a park bench and realized there must be something greater than human beings. Fortunately, Annabelle needed no such struggle to lead her to believe in God. She describes an angel guiding her through Heaven and Hell in her dreams. “His name was Gabriel,” she says. “Heaven was super shiny. I saw my house and I had lots of puppies, and the food was very, very, very yummy.”

Before falling into dreams each night, Annabelle’s bedtime routine involves saying prayers for other people, often parishioners who she doesn’t know but who have approached her parents at church. One young woman sent a prayer request before having her leg amputated. Months after the operation, Annabelle still speaks to God on her behalf. 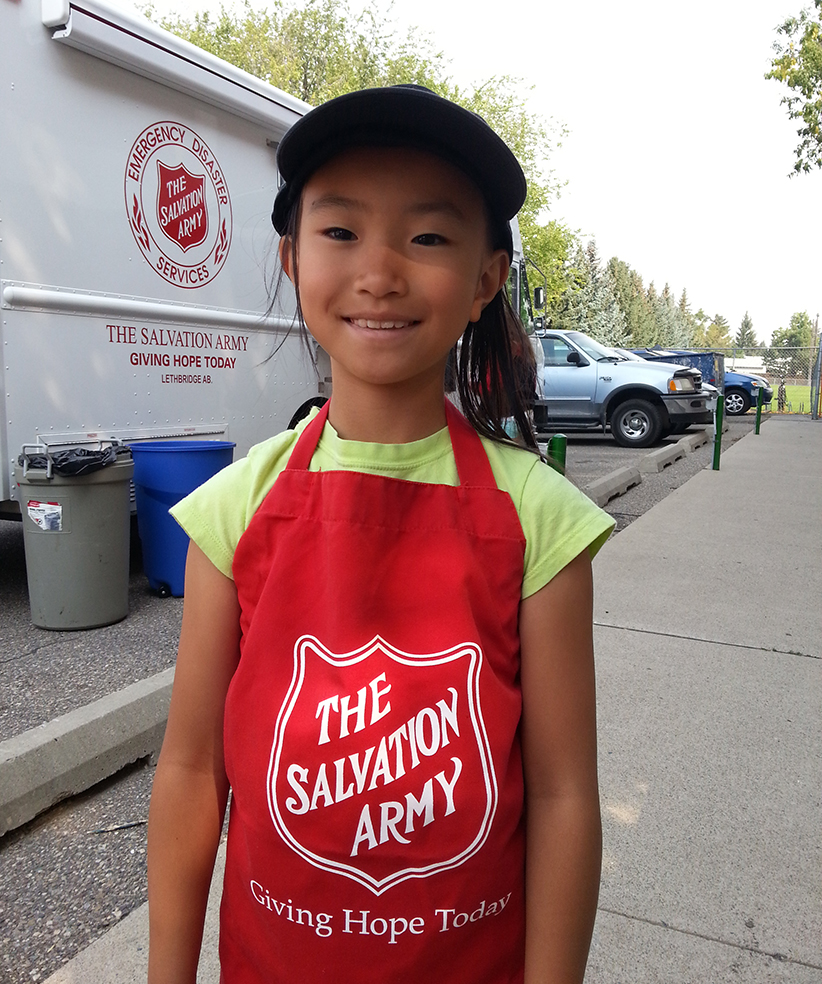 Annabelle helps seniors, fundraises at the mall and plans to one day move up the Salvation Army ranks to full soldier. (Peter Kim)

One summer, Annabelle’s parents suggested she choose a date to celebrate her birthday, in lieu of the day in December when they will be busy fundraising. Annabelle wasn’t interested, nor was she keen on the birthday party that the family once tried to organize on her actual December date. “She doesn’t ask for anything,” says Grace. “We usually just go for pizza as a family.” One year, a stranger paid for their meal. “We didn’t know anyone in the restaurant,” Grace explains, “so we say an angel paid for us.”

In June 2015, the Kim family moved from St. Albert, Alta., to Lethbridge, Alta., where Annabelle is helping new seniors, and, in December, fundraised at new malls. She will be a junior soldier of the Salvation Army until she is 13, which seems like a distant future. But when she does turn 13, even without a birthday party, she plans to rank up to become a full soldier. “Yes,” she says. “One day.” — Meagan Campbell