Peter Bregg boarded HMCS Regina on a fateful day for the ship’s crew. Bregg, a former Maclean’s chief photographer who spent 18 days observing Canadian anti-smuggling operations in the Indian Ocean, arrived in Dar es Salaam on April 21. He left the steamy Tanzanian port city the same day Leading Seaman Brandon South, a sonar operator, died in a nearby hospital, while off-duty, of causes not yet released to the public.

The next day, Daniel Charlebois, the ship’s commanding officer, informed the crew. Morale plummeted, says Bregg. “It was really depressing,” he recalls. “I stayed out of their way and put my camera away.” During a memorial service two days later, Bregg was in a Navy helicopter that paid tribute to the late seaman with a flypast. He called the sombre service “almost like a burial at sea.”

South’s death was a rare dark moment aboard Regina, says Bregg, where the 265 sailors normally kept “extremely high” spirits as they went about their business: maintenance, target practice, personal training, and the self-explanatory “Sundae Sundays.” When necessary, they transition easily between the formal chain of command and lighter moments at sea. While sailors chow down on ice cream or unload the ship, rank dissolves.

Not so when alarm bells sound. Bregg witnessed the boarding of a small ship suspected of smuggling drugs. That boat was clean, but “the first hour was tense,” he says, remarking on the sense of calm that prevailed on the bridge. The Navy took no chances with their resident civilian, however. Even Bregg was told to strap on a flak jacket. 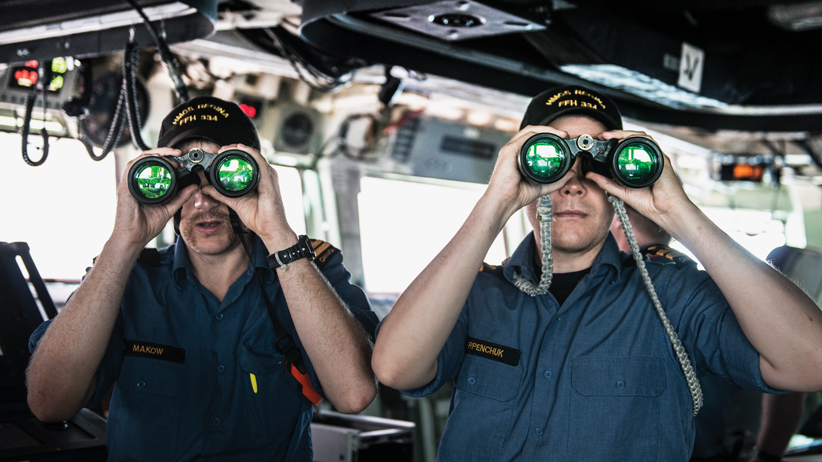 Officers on the Halifax-class frigate assess a target practice exercise in the Indian Ocean. The ship is part of a multi-national naval coalition securing the area’s waters. (Photograph by Peter Bregg) 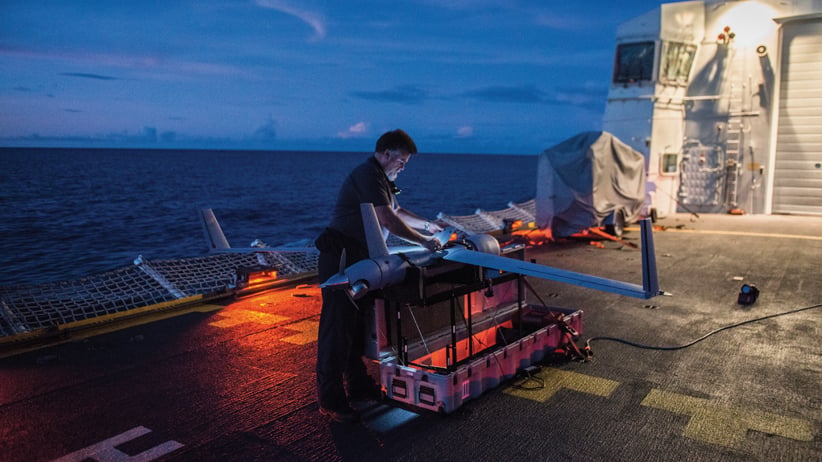 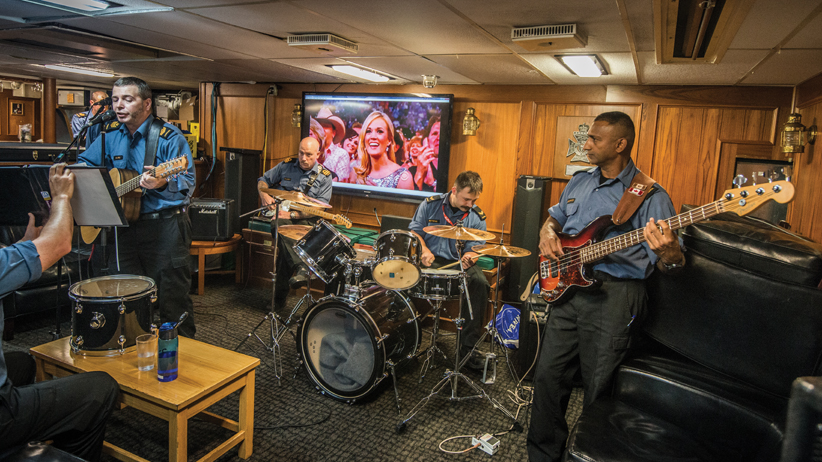 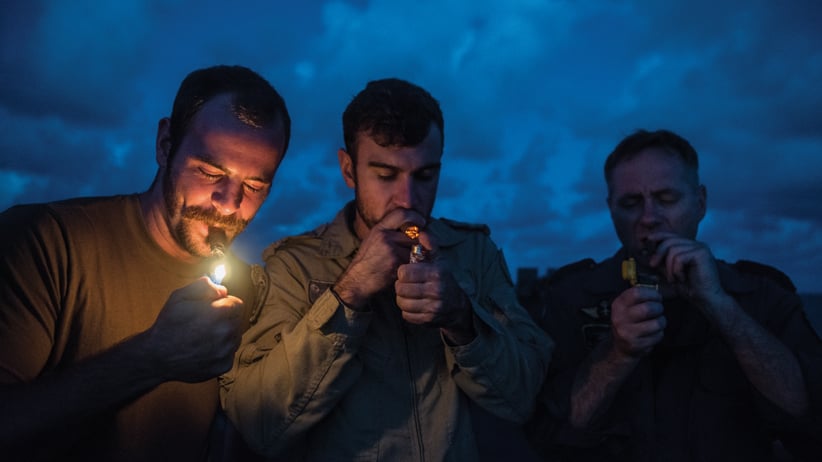 HCMS Regina crew usually step out to the flight deck on Sundays after dinner for a cigar. (Photograph by Peter Bregg) 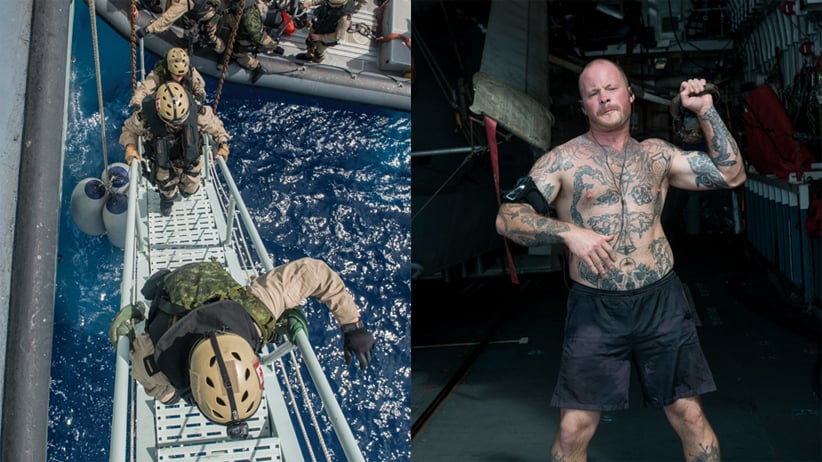