'I'm going to be an NHL player'

Garrett Gamble was a Toronto Maple Leaf for one day 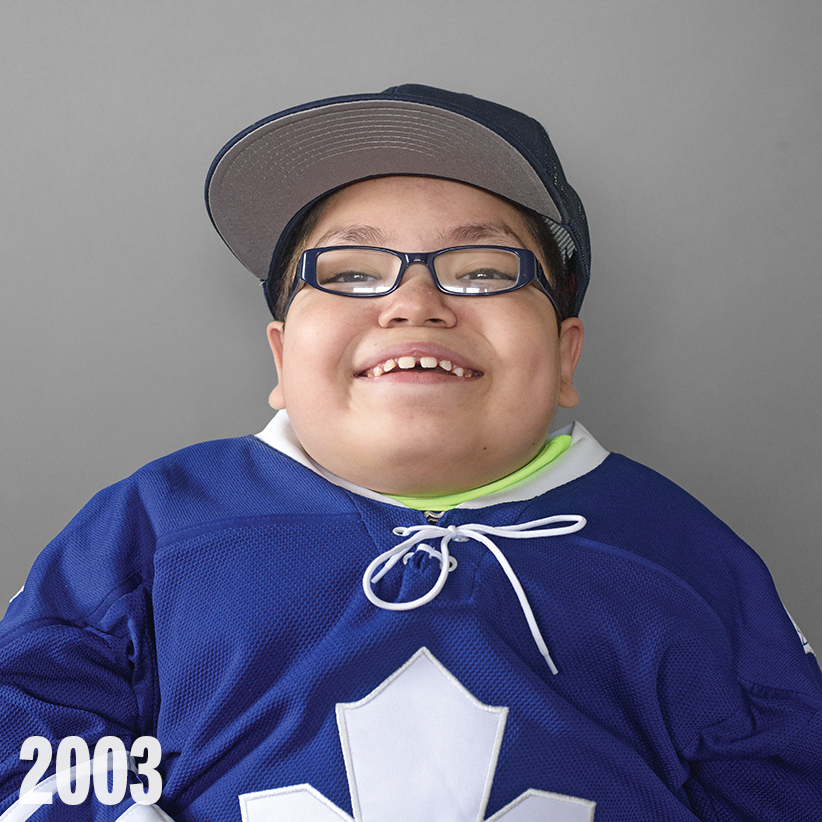 Garrett Gamble’s family loves hockey. His brothers and sisters have always played the sport. His dad coached their teams. Off the ice, the family could just as often be found fighting for the puck, playing NHL video games at their home in Duck Lake, Sask. Garrett, too, quickly fell in love with Canada’s national winter sport, regularly telling his dad, “I’m going to be an NHL player.”

Garrett, however, never had the chance to hit the ice in the way his brothers and sisters did. He, as well as one of his sisters, was born with Morquio syndrome (MPS), an incurable disease that prevents normal bone, cartilage and tendon development and can lead to heart disease and early death. “With the disability he has and his short stature, he’s not going to be able to physically play in the NHL,” his father, Garrett Sr., explains.

FROM THE ARCHIVES: In 2003, Maclean’s covers the tragedy of the space shuttle Columbia

Instead, Garrett Jr., spends a lot time in and out of hospital for surgeries, appointments and tests—as he puts it, “I have them all the time.” “We can’t run our lives on a schedule, because things just happen,” the elder Garrett adds. “We don’t know what will happen even next week, so we just live for today.”
The evidence of that is the grin that seems to be permanently plastered across Garrett Jr.’s face. “He’s just an overall happy kid who always has a smile, no matter what obstacles confront him,” his mom, Carrie Sutherland, says.

About three years ago, Carrie and Garrett Sr., decided they’d try to find a way for Garrett to live his dream despite his condition. They wrote to the Children’s Wish Foundation to ask the Toronto Maple Leafs, his favourite team, to give their son an authentic NHL experience. Between doctor’s appointments and daily life, they all but forgot about the application until, one day, they received a call asking, “Can you guys be in Toronto next Friday?” 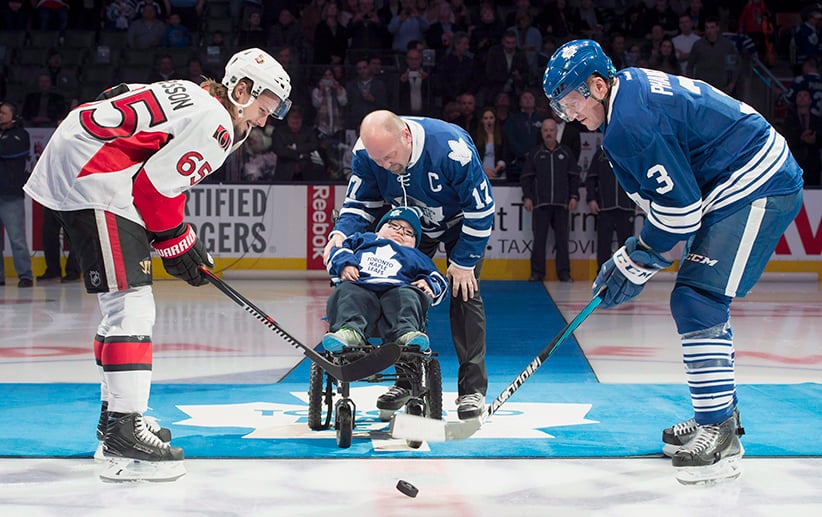 Garrett’s parents had to keep the plan under wraps until a team of Leafs representatives showed up at his school to offer him a one-day NHL contract. The family flew out that afternoon to be greeted by Leafs mascot Carlton the Bear at the airport. They drove to the Air Canada Centre, where, Garrett Sr., recalls, the team “welcomed baby Garrett as if he was a hockey player who had just come off the bus to play.”

He signed his contract with president Brendan Shanahan (salary: unlimited Coca-Cola); found his spot in the Leafs’ locker room (between Dion Phaneuf and Jake Gardiner); and received his game jersey (G-Man, #42). “It’s always been my nickname,” Garrett Jr., explains. “I got it from my dad.”

Sporting the blue and white, he dropped the ceremonial puck and the game was on. The Leafs were on a seven-game losing streak, and, down 3–1 to the Ottawa Senators in the third period, it looked like they would extend the skid to eight. But two late goals tied the game, taking it to overtime, where Tyler Bozak—wearing 42, G-Man’s number—completed a hat trick to take the game 4–3. “When we scored that fourth goal,” Garrett remembers, “the whole team was celebrating on the ice.” Garrett, the Leafs’ good-luck charm, was the game’s first star. — Luc Rinaldi