A Parliamentary expert on what faces Michaelle Jean 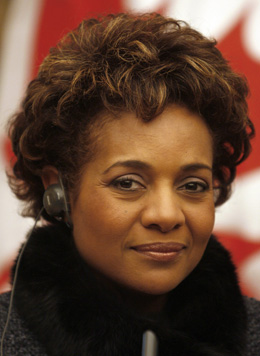 University of Toronto law professor Ed Morgan is an expert on the Constitution and the traditions that underpin Parliamentary government. As Prime Minister Stephen Harper spoke with Governor General Michaelle Jean at Rideau Hall, Morgan answered our questions about the decision she must soon make. An edited version of that conversation:

Q. What rules will guide the Governor General this morning?

Q. So she’ll have to look back to how her predecessors acted at moments like this?

A. You have to look at the conventional uses of these powers. Typically the Governor General has formal powers, but in all of Canada’s modern history, Governors General have acted on the prime minister’s advice. In these rare times of constitutional crisis, when they have to exercise independent decision-making, that’s when the conventions come into effect.

Q. Is there any precedent for this crisis?

A. The one precedent is the King-Byng affair of the mid-1920s. There are lots of parallels between that affair and today. A minority Liberal government was looking at a non-confidence vote and asked the Governor General, not to prorogue in that case, but to call a new election. The Conservatives with the support of the Progressives said they could form a government, not a coalition but coalition-like. Governor General Byng turned to them and said, ‘Give it a try.’ They tried and failed, and were rebuked by the public in the election that followed, returning Mackenzie King with a majority.

Q. What if either Harper or his opponents don’t like whatever decision Michaelle Jean makes? Can they ask a court to overrule her?

A. These conventions are not judicially enforceable. The courts won’t strike down her decision one way or the other.

Q. A lot of Canadians just don’t get this. They think whoever wins an election gets to govern, period, until there’s another election.

A. That’s the core of the problem. Formally speaking, we elect a Parliament not a prime minister. That’s what Stéphane Dion is trying to impress upon people: we elect a Parliament and we need to let Parliament find its stable governance. But people commonly don’t think that way. We have debates among the party leaders just like the Americans have debates between the candidates for president. People don’t think they are electing a parliament; they think they are electing a prime minister to lead the government.

Q. So our parliamentary traditions clash with public perceptions.

A. Our formal parliamentary system has bumped up against what goes on in popular discourse. People think we elected Harper, but we elected a whole bunch of MPs.

Q. Does the Governor General have any real choice here? Rejecting Harper’s plea for suspending parliament would amount to dismissing him.

Q. So he has to persuade her.

A. It’s incumbent on the PM to present a good justification. And here it looks as if there is one. The usual justification for proroguing is that MPs have to consult. There is certainly a good case to be made that MPs should go out and consult with their constituents.

Q. So what would you say she should do?

A. She’s got to take the least interventionist path, which would be to accede to his request.