Rob Ford was both the best and worst mayor the city ever had, writes Mark Towhey, but you can't say he didn't care 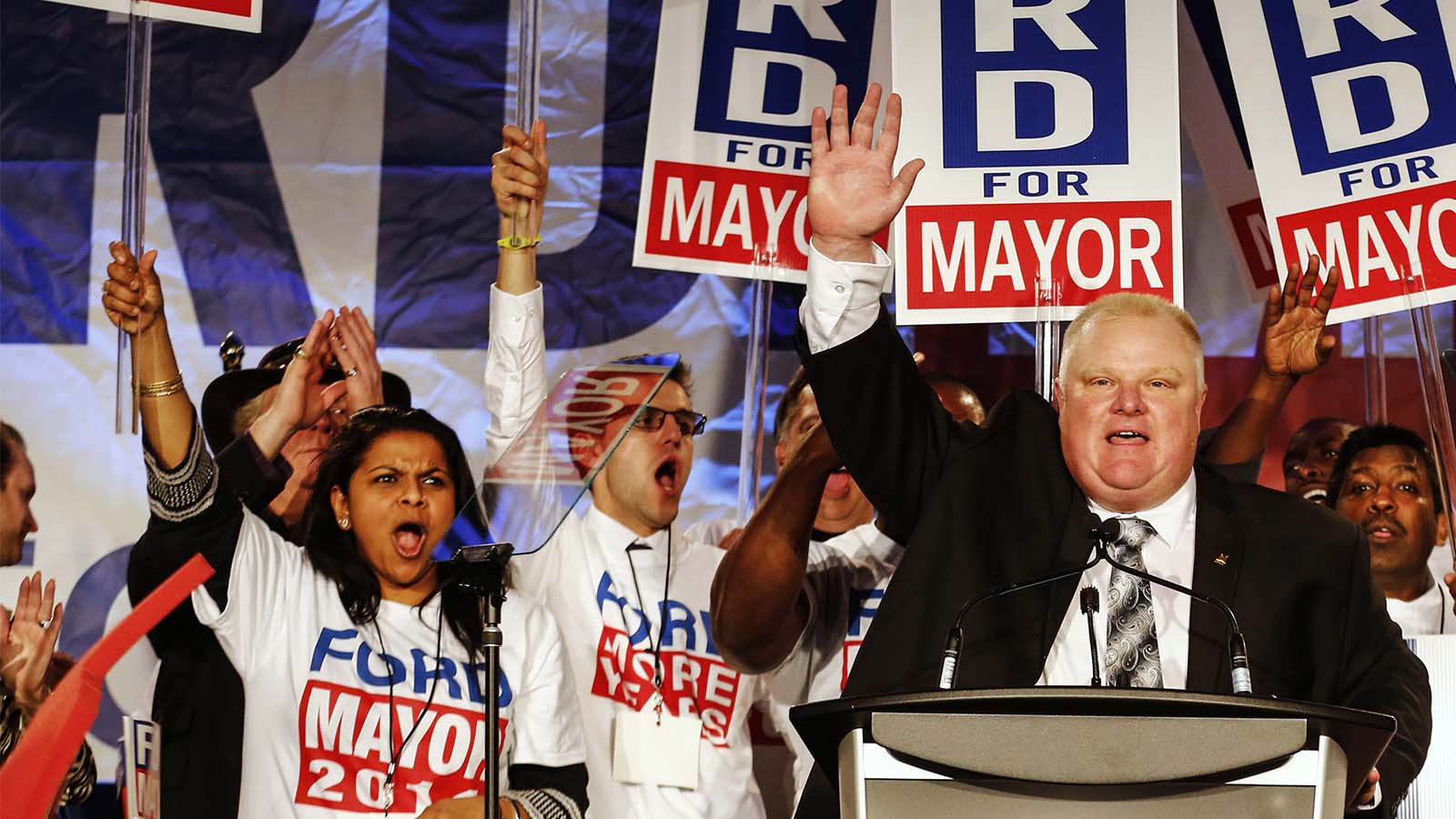 He was the best of mayors and the worst of mayors. Rob Ford was larger than life, figuratively and literally. He was one of those rare people that you simply had to care about—you didn’t have a choice. That’s not to say you had to like him, though hundreds of thousands of people in Toronto and around the world loved him. At least as many hated him. But no one who ever met him didn’t care.

For thousands of people in Toronto, he was the only mayor, the only politician, the only important person who’d ever cared enough about them to return their phone call or come to their door and listen, often ending those conversations with: “I hate to be rude, but I gotta let you go, buddy.” There was always another call to answer. Another person to help.

For these thousands, the city of Toronto was not a great place to live. It was just the place they lived. The many things that make Toronto a great city did nothing for them. They didn’t visit the world-class art galleries or museums, attend the theatre or Michelin-rated restaurants. They didn’t use the 100 public libraries or the free city pools. They got up too early, worked too hard, earned too little, paid too much for rent, food, transportation and taxes, then collapsed into bed too late and slept too little.

When they awoke to find garbage strewn across their driveway, the city bus 20 minutes late, the potholes on their street still unfilled—and City Hall raising their taxes again—they boiled. They were legion, but they were unseen and unheard. No one cared. Until Rob Ford. He gave a damn.

Ford became their champion. He heard their cry. He gave voice to their concerns. He tilted at their most despised windmills. He never talked down to them, always treated them with respect and almost always agreed with them. He was their guy at City Hall. He didn’t always win, but he was always willing to go down fighting their fight.

When Ford ran for mayor in 2010, this legion was inspired with hope. Hope their lives might get just a little bit better. That the obstacles put in their way by government might become just a little bit smaller. They rallied around their champion and, to the wonder of all those who loved their galleries, museums and local theatre productions, they carried him to a landmark victory. He became their mayor. And he didn’t disappoint.

In his first year in office, Mayor Rob Ford eliminated a despised vehicle registration tax that raised money the city never needed – in every year since its introduction the city’s operating surplus dwarfed its revenue. He made the TTC an essential service – ensuring no one would ever again lose money or work because of a strike. He outsourced garbage in as much of the city as he could, saving millions of taxpayer dollars and vastly improving customer service for those affected. He stood tall for the taxpayers and stared down the powerful city unions, rolling back crippling labour conditions that prevented city managers from improving service and controlling costs. All this while, despite my occasional protestations, he continued returning every phone call he received and insisted we, his staff, did the same. He was the best mayor the city ever had.

Rob Ford was also the mayor who infuriated the political class. No political bagmen had helped fund his election victory, leaving him beholden to no one. He eschewed the big picture thinking most politicians revelled in. He didn’t debate at length how to “transform the public realm by animating the urban spaces in the city’s built form.” Instead, he insisted the pot holes get filled and the graffiti get cleaned up. He was so keen on these that, when we staged a photo opportunity in April 2012 expecting him to ceremoniously drop a shovel-full of steaming asphalt, he instead joyously rolled up his sleeves and spent half an hour in the summer heat filling every pothole in sight. In June 2011, he spray-washed an entire wall of graffiti, when all we needed was a shot of him holding the pressure washer.

He wasn’t worried about Toronto’s much-vaunted Green Roofs Plan, he was worried about roofs that leaked in the winter. He didn’t care about funding expansions to world-famous museums, he wanted to help more people afford reasonable homes, or continue to afford the ones they had.

He scoffed at sacred cows and questioned the assumptions underlying an out-of-control city budget. Why hire public health nurses on a permanent basis to operate a temporary program? Why spend millions on bug-infested, crime-riddled social housing ghettos when it would be cheaper to give everyone who needed housing an allowance to pay for it themselves wherever they wanted to live?

Ford would shake his head and deride those on council who disagreed. As mayor, he enjoyed provoking them as much as they’d enjoyed provoking him when he was a suburban councillor from a distant ward. Their anger was both a mystery and an entertainment for him. He didn’t shrink from a scrap and was willing to take a beating. He excelled at “rope-a-dope” politics, happy to stand, back to the ropes, and suffer blow after blow until his opponents exhausted themselves. Then, he’d lean in and step over them when they fell down.

As he succumbed to his private demons, he continued to try and fulfil his public mandate, defined by him as individual constituent service on a mass scale. He kept showing up, even when he shouldn’t have, and became the nucleus of a decaying public circus hurtling toward critical mass. He became a running gag on American late-night TV: the mayor who smoked crack and had more than enough to eat at home. When those who could afford to travel met friends and family in distant lands, Rob Ford was the topic of conversation and it embarrassed them. He drew global attention to the city we love, but not for the reasons we’d hoped. He was the worst mayor the city ever had.

But nobody didn’t care.

Those of us who worked closely with him will always wonder “what could have been, if only?” We’ll never know. Like it or not, ready or not, we’ve got to let you go, buddy.

Mark Towhey is author of Mayor Rob Ford — Uncontrollable: How I Tried to Help the World’s Most Notorious Mayor. Towhey helped engineer Ford’s 2010 election win and took over as the mayor’s chief of staff in August 2012.