They will never be as healthy and prosperous as cities. And for Indigenous people who want to leave, there is no system to help them. 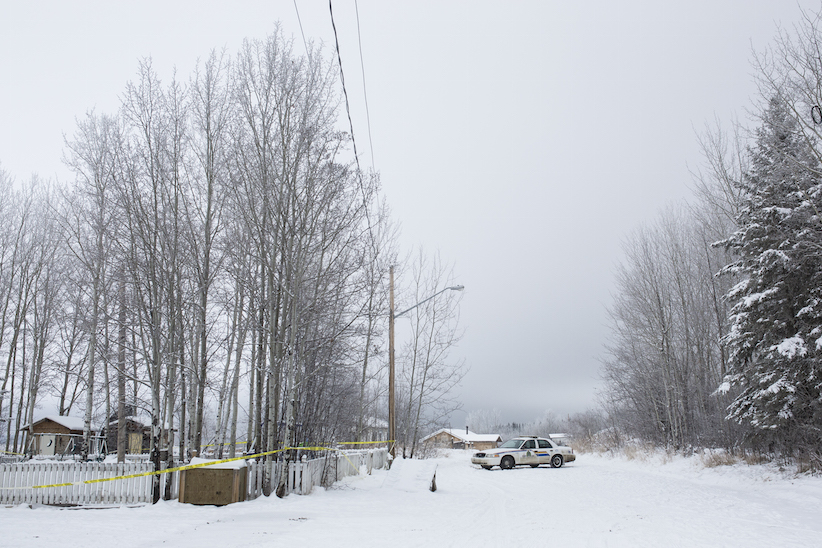 My last column was loudly shouted down with accusations of racism. I argued that isolated communities like La Loche, Sask., will always be far more disadvantaged compared to larger cities in the south; and therefore the best thing we can do for struggling families is to help them move if they want. This was interpreted by many as advocating for the forced relocation and assimilation of Canada’s Indigenous peoples. That’s nonsense, and it does not dissuade me from repeating this fact: for families living in places like La Loche, the single most effective step they can take to immediately improve their health, education, safety and income is to leave.

This is also true for non-Indigenous. Moving to the city will improve their health and lengthen their lives. They will work more and earn more. Their children will be four times less likely to commit suicide, and they will be far less likely to be robbed or murdered.

This is a universal truth. Remote communities from Brazil to Indonesia provide far less opportunity, money, health care and safety than cities. Which is why 40,000 Chinese and 100,000 Africans choose to move into cities every single day. In fact, globally over the next 30 years around the world, over two billion people will choose to build a better life by moving into cities.

Why are remote communities, such as Canadian reserves, so unhealthy? Our grim colonial history has definitely contributed to the endless cycle of violence. But it’s not the only reason. The same patterns exist in non-Aboriginal communities and in countries that were never colonized. It could be because many reserves were intentionally designed to fail, located on non-arable land and far from transportation routes. Or it may be the Indian Act that further hobbled them, forbidding farming for fear of unwanted competition for European immigrants.

This is obvious when you drive north to La Loche. You pass through many small towns like Marcelin, Leask and Shellbrook, all with empty store fronts and empty lots. Because the proportion of Canadians living in rural or remote communities has declined every single year since 1851, as families seek better futures in the city.

Understandably, most Indigenous Canadians have decided to do the same thing. Among First Nations communities, 57 per cent have already moved off of the reserves. For the broader Aboriginal community of 1.2 million, the number is even higher. And they are leaving on their own accord. There is no organized federal program to encourage or even help them to relocate. In fact, tentative efforts by the last government to create one were shut down due to fear over the expected political backlash.

As the reaction to my last column attests, Indigenous groups and their supporters are deeply suspicious about the idea of helping people to move off reserves. Given the centuries of violence, duplicity, mismanagement, neglect and abuse, this is not surprising. Nonetheless, it prevents us from having a rational conversation about what we can achieve now for suffering families.

Consider what we do for refugee families arriving in a Canadian city. They are immediately given housing, clothes, counselling, spending money, and even toys for the kids. Language classes are organized; social support networks are set up. Dozens of government agencies and private organizations mobilize to provide support over many years to ensure they thrive. Not surprisingly, in spite of the initial linguistic and cultural gaps, refugees immediately surpass Indigenous Canadians in all major indicators of well-being.

By contrast, when a family in La Loche chooses to move to Saskatoon to escape the violence and despair, they get nothing. In fact, they will likely lose access to some support programs. Evidently, we can’t even discuss what type of help they might want without being accused of promoting forced assimilation. As a result, important questions go unanswered: What reserve rights should urban Aboriginals keep? How can we ensure they maintain their cultural roots? Or, can we help them regularly visit their home reserve?

Instead we allow our long-term aspirations of somehow finally fixing the reserve system, the Indian Act, and the department of Indigenous and Northern Affairs Canada prevent us from doing more and helping more in the short term.

Spending more money, implementing all the recommendations of the Truth and Reconciliation Commission, and reforming Indigenous governance all help. But let’s stop pretending that these things are some type of alchemy that will achieve something no other society in any other country has ever figured out: how to make poor and isolated communities just as healthy, safe, and prosperous as cities.

So the fact remains: for Indigenous families living on reserves, the single most effective thing they can do to improve their health, education, safety, and income is to leave. And if they make this choice, we have a moral obligation to give them at the very least the same support we provide refugees. There’s nothing racist about saying that out loud.