'I was trying to wish myself back to Korea'

Yonah Martin, a senator from B. C., was motivated by her father’s work ethic

On Yonah Martin’s seventh birthday, she was given an entirely new life. After a childhood in Seoul, South Korea, she moved to Vancouver with her mother and two siblings to be reunited with her father, who had immigrated to study business when Yonah was four. She rehearsed a reunion speech on the plane, but when her father finally hugged her in the airport, she went silent. “In my head, I was screaming words,” she says, “but nothing came out.”

The first surprise of Canada was the beds. In Seoul, her family had slept together with sheets on the floor. When Yonah caught sight of the mattress in her father’s apartment, she stopped short. “What is that thing?’” she recalls thinking. They slept on the floor instead. When Yonah started school the following week, the teacher embarrassingly called her out on a question in English about The Three Bears, and she spent the next morning hiding under the schoolhouse steps. “I was trying to wish myself back to Korea,” she says.

FROM THE ARCHIVES: How Canada beat the critics and built Expo 67, a showcase to the world

Fortunately, English came quickly. She practised with her father, Lee Kim, who had managed to complete an undergraduate degree in Shakespearean literature in Korea in 1954. “His destiny was to do things in English,” she says.

Yonah followed in her father’s footsteps, attending the University of British Columbia for a degree in education, specializing in English. In her third year, Yonah’s friend invited her on a double date. The date didn’t show up, so his roommate, Doug Martin, agreed to be the substitute. Yonah recalls their dinner conversation: “He was contemplating our purpose in life and our place in the universe.” Yonah dated Doug for three years in secrecy. After she graduated and began teaching Grade 10 English and drama in Vancouver, the couple married. Doug later became a teacher as well, and they had a daughter, Kiana, in 1995.

Yonah’s political career began with questions from her four-year-old daughter. The girl began asking about her mixed-raced identity, leading Yonah to establish the C3 Society, a not-for-profit aimed at celebrating Korean-Canadian ties. In 2006, she attended a roundtable with her member of Parliament, Jason Kenney. When she said that the next generation of Korean-Canadians would become more active in politics, he asked, “Why not you?” To which she replied, “Excuse me?”

The question stuck, and Yonah went on to win the Conservative nomination for the federal election in 2008. As she knocked on doors for 18 months, her father was dying in the hospital. She was motivated by his life of labour; he had held a series of blue-collar jobs while studying when he first moved to North America, sending money home and not even splurging for a dinner at the KFC restaurant he walked by each day. “He would scrape the mould off the rice and eat what was underneath,” says Yonah.

She didn’t win the election, but three months later, Yonah got a call from prime minister Stephen Harper. It was nine at night, and she was sitting with Doug and friends in a pizza restaurant called Gigi’s. She answered her cellphone and walked to the corner of the restaurant. “It was just me in the corner and the prime minister’s voice in my ear,” she says. He told her she had been appointed to the Senate, offering a series of reasons. “They’re really, really ordinary reasons,” she says. “He said, ‘You’re a woman.’ ” The other justification: she was an urban Canadian, she had teaching experience, and she could serve as a Korean voice. 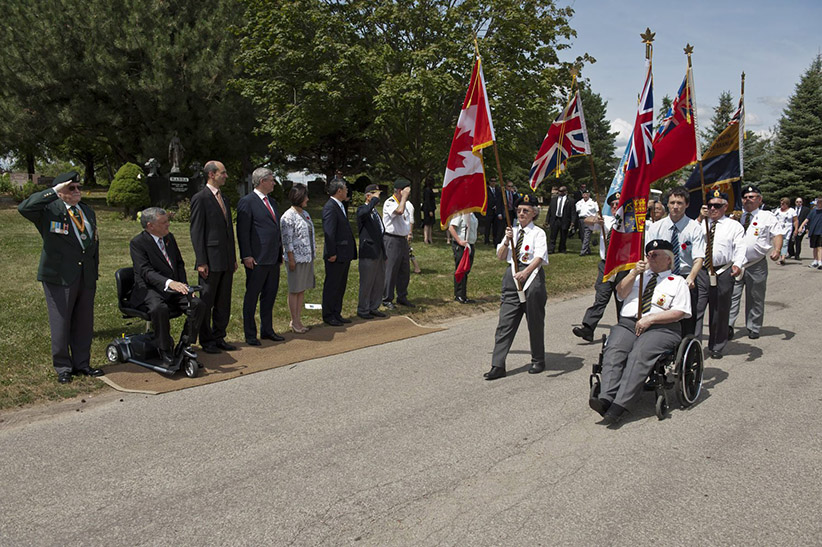 Her proudest achievement as a senator has been passing a bill to make July 27 the memorial day for Korean War veterans. “It was time,” she says. “Nobody denied it.” Koreans thanked her through tears, and she later helped bring a veteran’s ashes back to Korea to be buried with his brother. She sees herself as a common thread during years of Senate reform and changes in government, including five Veterans Affairs ministers. Yet she suggests that few people notice the work. “If you look at a stained-glass window,” she says, “do you actually look at the glue that holds it together?”

Yonah’s mother now lives in long-term care and still folds up her bedding every morning like they did in Korea. On the anniversary of her father’s death each year, they eat KFC to recall the days when he, as a newcomer to Canada, couldn’t afford fast food. “It was a symbol of plenty,” says Yonah. “We get the full meal deal. We eat KFC through tears.” — Meagan Campbell