Shipwrecks and yacht taxes: 10 things you might have missed in the federal budget 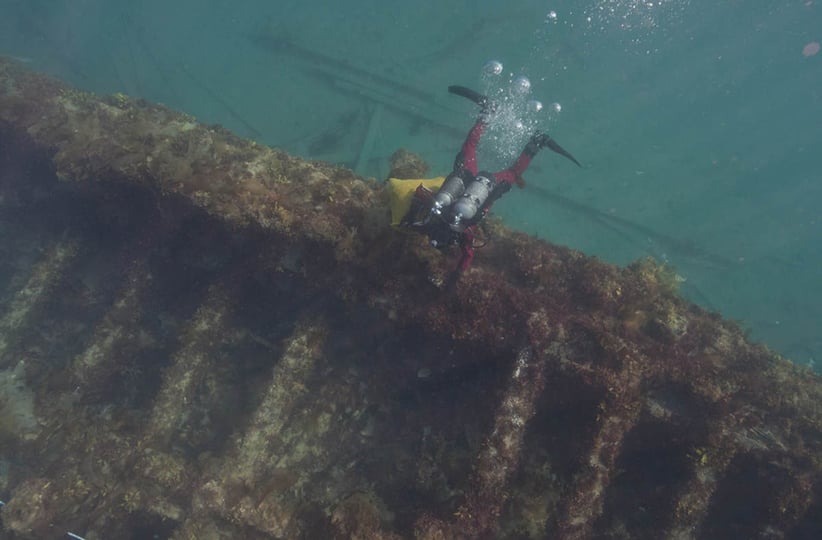 Among the odds and ends in the 2021 federal budget is more money to explore the wrecks of the Franklin Expedition ships, the HMS Erebus, above, and the HMS Terror (Parks Canada)

They are governments’ biggest annual opportunities to flaunt big-ticket programs, throw money into the eventual goals of a post-election future and cast favour upon as many disparate groups as possible, all in an effort to make themselves as shiny and re-electable as possible.

Freshly re-elected with only a minority control of Parliament, the Liberals opted against putting out a formal “budget” in 2020. Some everything-but-the-kitchen-sink items still made it into a “fiscal snapshot” last summer and a “fall economic statement” in the fall. But those expecting an epic laundry list had to wait for the 43rd Parliament’s first Actual Budget. And Monday’s exhaustive tome does not disappoint.

Going beyond pandemic-era policies and headline items, we combed through the 724-page document to find a few of the odd, symbolic and underrated investments on offer. In no particular order, here’s some eyebrow-raising stuff you may have missed.

Spare a thought for the lost souls of the doomed 1845 Franklin Expedition, whose two ships, HMS Erebus and HMS Terror, met a perilous fate en route to the Northwest Passage. In 2014 and 2016, respectively, the two wrecks were discovered near Gjoa Haven, Nunavut and remain “some of the best-preserved wooden wrecks in the world,” the budget document boasts. “They contain clues that can help us unravel one of the world’s greatest maritime mysteries. But reduced ice cover and increased sea swells caused by climate change are accelerating the deterioration,” it goes on. Cue a $15 million investment, over three years, to “accelerate archeological and conservation work of these artifacts of international importance.”

Yacht to be more generous

The pitch for a new “luxury tax” was an excuse for easily the sassiest language in this budget document, a smug compliment in Freeland’s foreword: “If you’ve been lucky enough, or smart enough, or hard-working enough, to afford to spend $100,000 on a car, or $250,000 on a boat—congratulations! And thank you for contributing a little bit of that good fortune to help heal the wounds of COVID and invest in our future collective prosperity.” Yes indeed: language that has all the passive aggression of a laundry-room “thank you for cleaning the lint trap” has made it into the most carefully-vetted political document of the year. The tax would apply to pleasure boats worth more than $250,000 and luxury vehicles or personal aircraft worth more than $100,000. (It would amount to the lesser of 10 per cent of the full value, or 20 per cent of the value above that threshold.)

One sector the government wants to highlight as a “success story” is Canada’s burgeoning wine industry. A not-insignificant $101 million over two years is proposed to “support wineries in adapting to ongoing and emerging challenges,” including those introduced by competition within Canada’s international free trade agreements. If you like a side of literature with your Syrah, you might want to know there is also $32.1 million to help bookstores sell their wares online. Helping to pay for those initiatives is an expected $2.1 billion in revenues over the next five years from a roughly 10 per cent tax increase on cigarettes. The feds are adding $4 to the existing $36.95 in tax on a carton of 200 cigarettes, which works out to about two cents more per cigarette. They are also signalling an impending tax on vaping. There are, notably, no policies herein related to legal weed—the document’s one reference to wacky tabacky comes in an offer to help Indigenous governments and organizations implement sales taxes on cannabis, tobacco, alcohol and fuel within their reserves or settlement lands.

A generation of child super-hackers

We’re putting it cheekily, but the government does have plans to invest in children’s coding education, enhancing digital skills that could give young people a head start when they eventually the work force. There’s $80 million over three years to help CanCode, a relatively new program in the innovation bucket, extend its reach to three million new students. The program doles out funding to local initiatives that help K-12ers learn “coding, data analytics and digital content development” and claims to have already reached 1.3 million kids in its first two years. Another $118.4 million over two years is being budgeted towards after-school programming for vulnerable children and youth.

It’s been a long time coming. In fact, it’s been more than 10 years since Stephen Harper’s Conservative government introduced the concept of a “victims of communism memorial” in its 2010 throne speech. After a slogging bureaucratic process over what, exactly, that memorial should look like, construction was finally underway as of late 2019—but it’s still not finished. In this budget’s careful wording, the site will “recognize Canada as a place of refuge for people fleeing injustice and persecution and honour the millions who have suffered under communist regimes.” To speed up the completion of what was originally supposed to be a $3-million monument in Ottawa, the Liberals are today promising … another $4 million. They are surely hoping that this will be the end of it.

Though it contains myriad policies to address barriers to success for historically-marginalized people, the government goes out of its way in this document to admit its failures in statistics have already stymied some those efforts. “We cannot improve what we cannot measure. At present, Canada lacks the detailed statistical data that governments, public institutions, academics and advocates need in order to take fully informed policy actions and effectively address racial and social inequities.” There’s a combined $250 million over five years for Statistics Canada to focus on that problem, including $172 million for a “Disaggregated Data Action Plan” intended to fill knowledge gaps that would help efforts to address systemic racism and gender disparities. There’s also $25.6 million for StatsCan to create a “Census of the Environment” to support environmental decision-making. These are far from the sexiest investments in these hundreds of pages, but it’s worth keeping an eye on for the dividends better data could later deliver.

As a tribute to the many victims of Ukrainian Airlines Flight 752 who had ties to Canadian schools, the budget says the federal government will establish scholarships in their memory—something the Ontario government already moved to do early in the wake of the January 2020 crash. The government is also providing $5.6 million over five years to Transport Canada for “commemoration initiatives,” which could include scholarships, to remember the victims of Ethiopian Airlines Flight 302, which crashed almost a year earlier and killed 18 Canadians.

… And a thank-you for atomic workers

In other commemorative news, $22.3 million over two years will go to Natural Resources Canada so an “Atomic Workers Recognition Program” can be established. Its intent will be to recognize private-sector workers who risked their lives to clean up contaminated sites after accidents in 1952 and 1958 at Chalk River Laboratories. (A 2008 program already recognized Department of National Defence personnel who did the same.)

A hand for homeless vets

Tacked on to half a billion dollars in new spending to end homelessness is an extra amount targeted specifically at homeless veterans. The government proposes spending $45 million over two years from the employment ministry’s bucket, on rent supplements, counselling, addiction treatment and employment support for military vets who’ve found themselves down and out. Separate investments over at Veterans Affairs would cover veterans’ mental health costs while disability benefit applications are being processed ($140 million over five years and $6 million per year ongoing); and projects to support veterans during the COVID-19 recovery ($15 million over three years).

A seven-year, $360 million “National Quantum Strategy” is envisioned as a way to “amplify Canada’s significant strength in quantum research; grow our quantum-ready technologies, companies and talent; and solidify Canada’s global leadership in this area.” (Surely there was no intention to remind us of the PM’s headline-making, notably not-bad explanation of what “quantum” actually means, back in 2016.) It is one of several money piles intended to up our science credentials, including $443.8 million, over 10 years, for a “Pan-Canadian Artificial Intelligence Strategy” and an $80-million investment, over 11 years, to replace the infrastructure we use to receive satellite data.