Simple offerings: How the Canadian public remembers the fallen 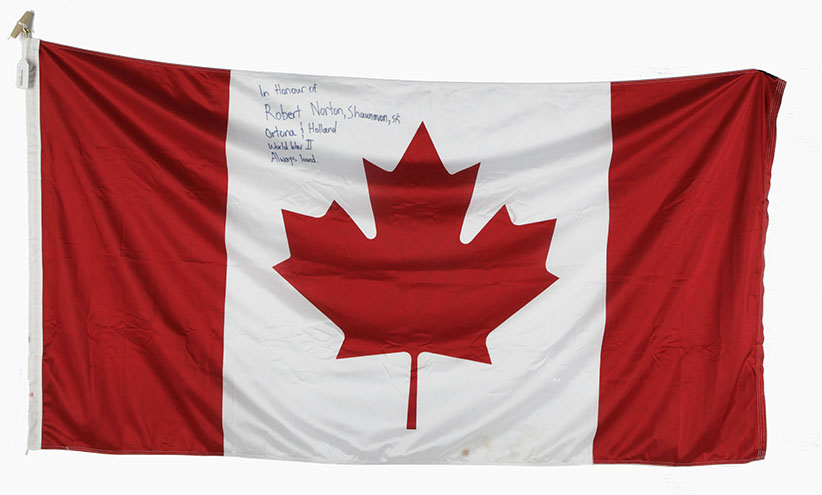 They are the objects of everyday remembrance: homemade and heartfelt tributes to the fallen from our distant wars, and all-too-present conflicts.

The old photographs, handwritten notes, decorated wreaths and classroom art projects are left behind at Ottawa’s National War Memorial by members of the public with little fanfare, and surely fewer expectations. Yet they are actually being carefully collected, catalogued and documented and now live on forever in the archives of the Canadian War Museum.

“They’re wonderful examples of how Canadians remember,” says Jim Whitham, the museum’s director of collections. “You have everything from very personal stories—letters to soldiers or family members—to the kind of things that schools do to teach kids about Nov. 11.”

The offerings started appearing at the plaza near Parliament Hill shortly after the addition of the Tomb of the Unknown Soldier—an unidentified casualty from the First World War—in the spring of 2000. And now, like the poppies placed on the grave at the end of the official ceremony on Remembrance Day, they have become a grassroots tradition.

“Blown up and buried in dirt at Vimy Ridge, wounded at Passchendaele, survived the ‘War to end all Wars,’ my grandfather,” reads the inscription—in both official languages—taped to the back of a framed black and white studio portrait of Pte. Leeman Gerald Campbell dressed in the uniform of the Canadian Expeditionary Force, 146th Battallion.

“You are not forgotten but remembered whenever we think of Canada, freedom and our privileged life. Thanks,” says a note, handwritten in red ink that has been dotted by rain, left after the commemoration of the 90th anniversary of Vimy in April 2008.

A letter addressed to Pte. Nathan Smith, who was killed in Afghanistan in the spring of 2002, speaks of a still raw loss. “You touched the lives of so many people around you. I hope you know how much you were loved. You were my friend and I miss you.” Pinned to its bottom is a small, green and gold private’s stripe.

The items, which are collected and stored away by the National Capital Commission, usually arrive at the museum in one large shipment every year, a few weeks after Nov. 11. Curators sort, record and photograph each leaving, and then assess whether it should be preserved just digitally, or added the museum’s permanent collection.

Sometimes it’s the simplest tributes that are judged to have the most worth historically. Cardboard and paper dog tags for Ian Bazalgette—winner of a posthumous Victoria Cross in the skies over France in the Second World War—and Nichola Goddard, the first Canadian female combat soldier killed in battle,who died Afghanistan in 2006. Or a Canadian flag inscribed with a simple, black-markered message: “In honour of Robert Norton, Shaunovan, SK. Ortona and Holland. WWII. Always loved.”

As of present, none of the tributes left by the general public are on display at the War Museum, but Whitham says he imagines they will someday become part of a exhibition.

“It’s always been our mandate—to collect material that shows how Canadians remember,” he says.

With depth of feeling, is the answer, in ways both large and small. 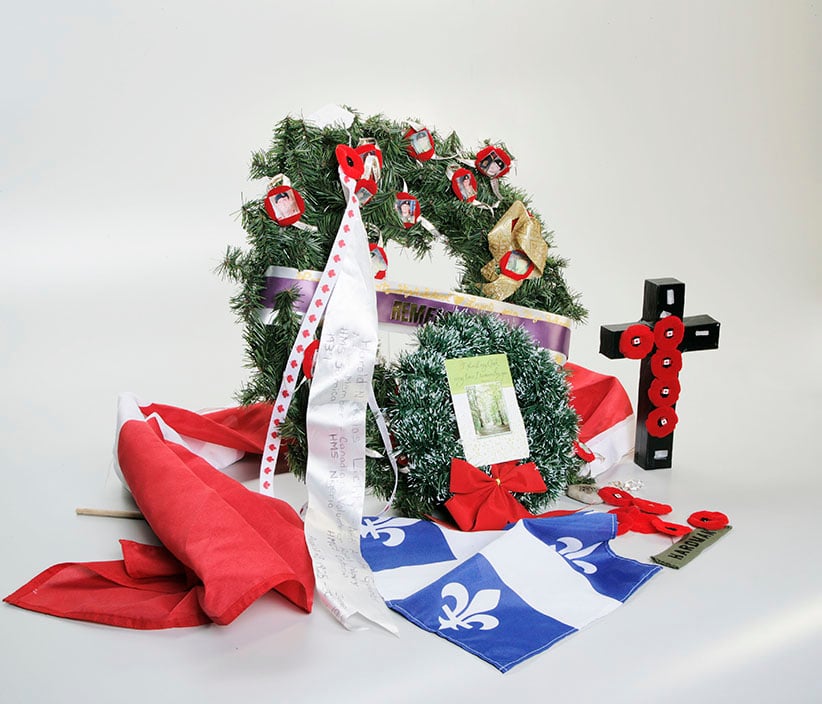