The fallout of optional fees for Ontario student groups 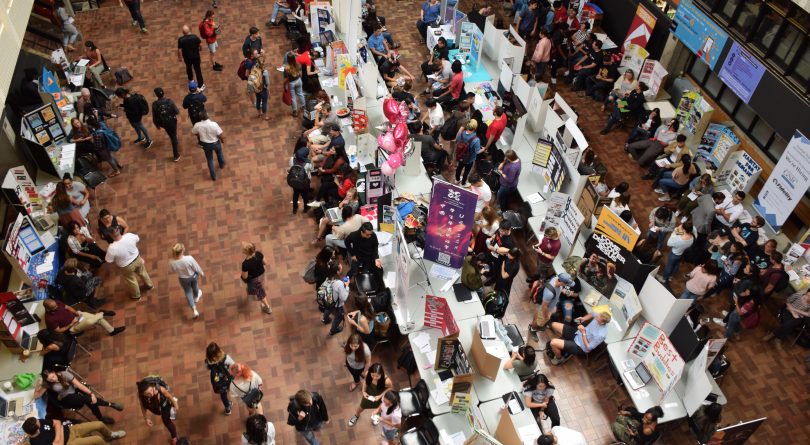 Student organizations across Ontario, like the ones at Guelph (above), have hard choices to make and uncertain futures ahead in light of a new Ontario government policy (University of Guelph)

“We have a government that’s really focused on free speech,” says Eric Chappell, president of the Students’ General Association at Laurentian University. “But all the organizations on campus that hold the university accountable—and that hold me accountable—have just been completely gutted. I think that’s a real concern.”

Chappell is referring to the Student Choice Initiative (SCI), an Ontario government policy that allows university and college students to opt out of paying certain non-tuition or auxiliary fees. Under the policy, institutions are required to designate these fees, some of which support student organizations and clubs, as essential or non-essential, and give students the choice not to pay fees in the latter category. Schools must follow a framework set forth by the government when determining which fees are compulsory—for instance, they must deem fees that support athletics and recreation, health and counselling, and campus safety programs as essential. Fees that do not fall under these classifications—such as those that support student-run clubs and services like campus newspapers, radio stations, sexual diversity offices and food banks, as well as student unions’ operational costs—must be made optional. Merrillee Fullerton, who was Ontario’s minister of training, colleges, and universities until this past June, has argued that students should have freedom of choice over what they fund.

The logistics of implementing the policy are up to each school, so that the fallout being experienced by student organizations has been unevenly distributed. A few factors seem to play a critical role in determining how the policy is affecting organizations’ bottom lines. One is the length of time students have in which to say whether or not they will pay the non-essential fees. Another is how the school sets up the choice. At some institutions, the default is that students pay the fees and have to take action to do otherwise. At others, students are asked to select which fees they will pay as part of course registration.

RELATED: Students respond to OSAP changes: “We are moving backwards”

At Laurentian, the process is the latter. “Ours is an opt-in model, not an opt-out model, and this means we’re trending a lot lower in our numbers than many of our counterparts,” says Chappell. “Based on preliminary numbers, our radio station has seen about a 95 per cent opt-out rate. The newspaper didn’t do much better.” To compensate for the budget cuts, the newspaper has switched to online only, the radio station has cut virtually all paid positions, and the Students’ General Association has cut three full-time staff positions.

In contrast, some schools—like Trent, Guelph and the University of Toronto—have an opt-out policy, where students pay auxiliary fees by default and must navigate to a special web page to stop paying them. “At Trent, our opt-out period was blissfully short—just two weeks. That means we have our first semester numbers already, whereas some other organizations have only preliminary numbers, and we’re very fortunate in that sense,” says Nicholas Ryan, president of the Trent Durham Student Association. “We’re experiencing a roughly 17.5 per cent budget cut in our operations.” The association has had to scale back its food bank, as well as its orientation week events.

Guelph also has a two-week opt-out policy. “We’re still getting numbers in now, so I can’t disclose the final budget, but we’re doing better than we thought,” says Dena Van de Coevering, president of Guelph’s Central Student Association. The association has still had to cut costs, including scaling back full-time positions and cutting a program focused on food insecurity in the campus community.

At most schools, students will have the option to opt out of paying auxiliary fees in two stages through the year—once before the fall semester, and again before the winter semester. Some student leaders have said that this feature of the policy’s implementation poses a serious challenge for their long-term planning. “We went from a situation in which we had very good financial predictability and stability to one where we have none,” says Ryan. “We have no idea what the second-half opt-out rates are going to be, so we can only plan for between four and six months at a time.”

“It’s very frustrating in terms of planning. Yes, we have our numbers now, but that number can change when we have the second opt-out in January for the winter semester,” says Ann-Majella McKelvie, president of the Trent Central Student Association. “We’ve lost the ability to plan long-term, and grow our associations.” 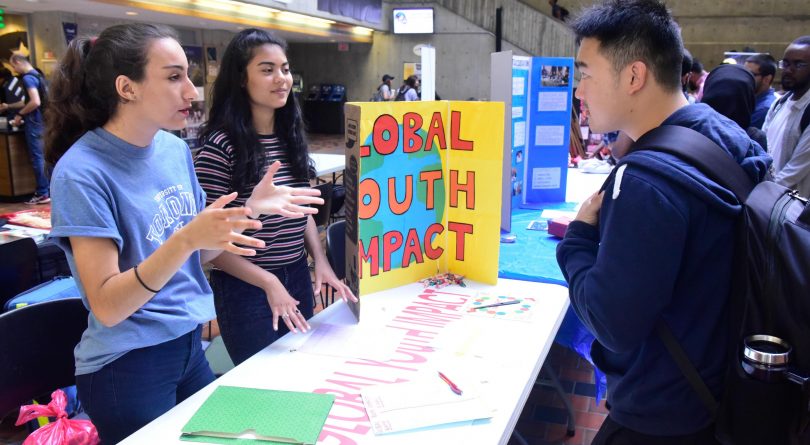 Some organizations, like the University of Toronto Students’ Union (UTSU), have chosen to work under the assumption that the second semester numbers will be similar to the first, which should help the union avoid dealing with dramatic budget changes. “We projected three different budgets for each program or service that was deemed non-essential to try and make sure that we have an operational budget for each scenario that wouldn’t put us in the red,” says Dermot O’Halloran, vice-president, professional faculties at the UTSU. “The idea is that, within certain margins, the opt-out rate will remain similar. If there were to be a drastic change, we might have to go into our reserve fund.”

O’Halloran is part of a group called Choose U of T, a collaboration between 45 campus groups that have campaigned to encourage students to remain opted-in to auxiliary fees. Elsewhere, students are organizing to overturn the SCI altogether.

The challenge includes several legal objections, including that the government improperly intruded on the autonomy of colleges and universities and the agreements they have with their student organizations, which have held democratic referendums to institute the fees they charge. They are also making the claim that the policy was implemented without due consultation with those directly affected. As is standard for ongoing court cases, the government has not publicly commented on the lawsuit. Both sides completed cross-examination of witnesses in early September and are set to go to divisional court on Oct. 11, 2019.

RELATED: Every child left behind: How education cuts fuel inequality

But not everyone agrees that the SCI is a bad idea. “We’re anticipating a reduction in funding, and we’ve planned accordingly. We’ve worked hard with our staff and the board to identify areas for efficiencies, and we also had to do some restructuring,” says Sheldon Coombs, president of the students’ association at Mohawk College. He says that the association has had to scale back some activities and events programming and has introduced fees for certain services. “But we’re confident that, overall, this shouldn’t result in much of a change in students’ overall college experience, and that students are going to continue to support the services and programs that matter to them the most. We agree with students having a choice in the fees that they pay.”

Inconsistent implementation of the SCI remains a key challenge for student leaders, some of whom say that, aside from affecting their budgets inconsistently, the SCI makes it tricky to coordinate advocacy efforts with other schools. “It’s difficult to organize between institutions when we’re having such different experiences,” says McKelvie. “It’s a huge barrier for us.”

“I think we need to standardize across the province and work with our counterparts on what is best practice,” says Chappell. “There’s a lot of room for improvement, moving forward. From a student movement perspective on a provincial level, we can take each other’s models and compare them.”

This article appears in print in the 2020 University Rankings issue of Maclean’s magazine with the headline, “Tell us what you really, really want.” Order a copy of the issue here or subscribe to the monthly print magazine here.