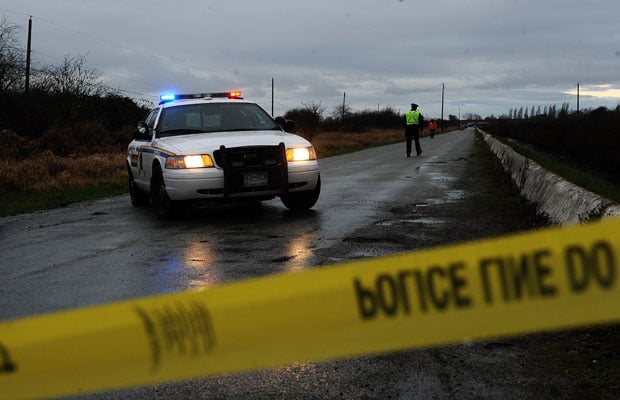 But Colebrook’s isolation—the same quality that draws hikers, horse riders and cyclists—has also made it a haunt for murderous criminals. Indeed, almost half of Surrey’s 10 homicide victims this year have ended up on a single, 50-m stretch of the road—all in the last six weeks.

Last week, police found the body of Nicole Brochu, 40, on a grassy patch beside the road. Nearby lay the body of her 54-year-old roommate, Brett Lietz. Both were reportedly shot. In February, the charred remains of a man were found there (a blackened patch still marks the street) while another man’s body was dumped just metres away in January.

RCMP aren’t linking the killings, but Jerry Langton, author of the new book The Notorious Bacon Brothers: Inside Gang Warfare on Vancouver Streets, believes a recent spike in violence in B.C.’s Lower Mainland is fallout from a gang war that began with the 2011 shooting of gang leader Jonathan Bacon. His two younger brothers, Jamie and Jarrod, are behind bars, and a fight for control of Greater Vancouver’s drug trade has erupted.

Howard Lee, who has maintained a 16-hectare vegetable farm on Colebrook Road for 52 years, likens the bodies piling up just outside his door to the train that rumbles past on the nearby Roberts Bank rail corridor: he’s grown accustomed to it. “People always say, ‘How do you put up with the noise?’ You just blank these things out,” he says. “It’s just the way it is.”