Terry Glavin on a B.C. budget that suggests the NDP is finally giving the province’s distorted real estate racket some long overdue attention 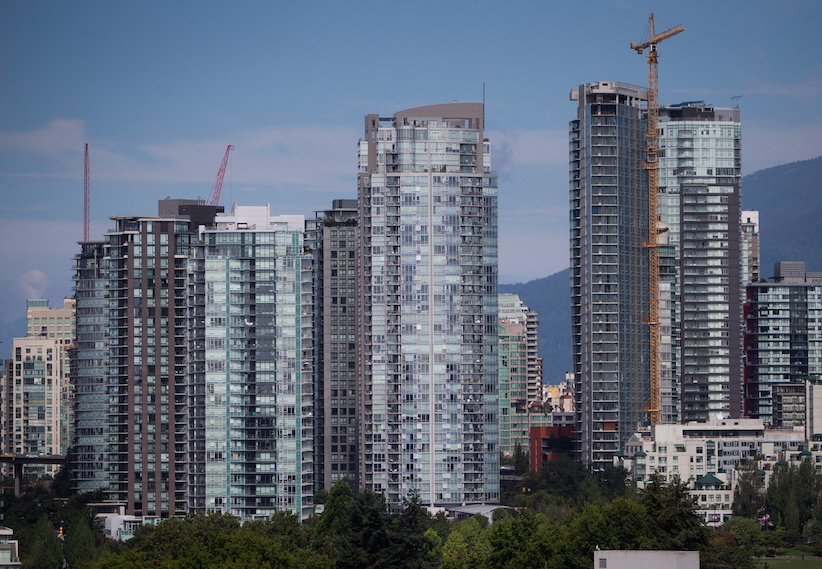 Condo towers, including one under construction, right, are seen in downtown Vancouver, B.C., on August 15, 2017. (Darryl Dyck/CP)

It’s a start, at least. And on the surface, it looks surprisingly bold. But it remains to be seen whether the 30-point housing plan British Columbia Premier John Horgan’s government unveiled Tuesday will begin to expunge the pathologies that have turned Metro Vancouver’s real estate market into an international housing affordability basket case and a global playground for white-collar criminals and fentanyl tycoons.

It may well be that the suite of measures outlined in the first full budget of Horgan’s seven-month-old government will start to remedy the most obviously ill effects of high-stakes real estate speculation, shadowy foreign investment rackets, massive tax evasion and money-laundering. It could be, too, that the measures will merely end up allowing the New Democratic Party government to get in on the action, like its Liberal Party predecessor did, except in its own way.

What is certain—and it has come as a delight to many West coast housing activists—is that after more than a decade of willful neglect by provincial and municipal politicians, and out of a political culture of persistent denial, indifference, self-dealing and outright corruption, there appears to be a government in Victoria that is giving the province’s distorted, overheated and out-of-control real estate business some long overdue attention.

“I’m not happy, but I’m not sad, either,” said Andy Yan, the director of Simon Fraser University’s City Program whose data analysis and public advocacy helped to shame Victoria into acting. “This will not make Vancouver affordable. But this is a nightmare we’re coming out of. It’s going to take more than one provincial budget to unwind the machine.”

Yan noted that in delivering the budget Tuesday, Finance Minister Carole James stressed that the immediate objective of the government’s housing strategy is to restore some semblance of stability in the out-of-control market. James promised to “moderate” and to “stabilize” house prices. “At least they’re not over-promising,” Yan said. “But the NDP has at least stood up. The hard work is still ahead of us.”

The main features of the plan are a speculation tax, a ramped-up foreign buyers’ tax, and a new property transfer tax—all estimated to bring in about $750 million over the next three years—along with measures to reveal the identities of the beneficial owners of real estate who buy and sell properties but don’t show up on land title registries. There’s also an ambitious supply-side component, involving a $1.6 billion, three-year investment in rental assistance and 114,000 new units of rental housing, and non-profit, co-op and conventional market housing.

The speculation tax is aimed at local profiteers and the out-of-province investors and “satellite families” who buy up housing stock and leave the homes empty, or vest nominal ownership in a “homemaker” or “student” who pays little if any taxes. “This will penalize people parking their capital in our housing market simply to speculate, driving up prices and removing rental stock,” said James.

Vancouver’s rental vacancy rate has fallen below one per cent. At least 20,000 Vancouver homes are vacant, and nearly 25,000 Vancouver households are declaring a taxable household income that is less than their outlay in property taxes, utilities and mortgage payments. Transparency International estimates that perhaps half of Vancouver’s high-end residences are now owned by shell companies or trusts.

The existing (and largely ineffectual) 15 per cent Metro Vancouver foreign buyers’ tax rises to 20 per cent, and along with the other new taxes it will now apply throughout Metro Vancouver, Victoria and Nanaimo on Vancouver Island, as well as the Fraser Valley and the Kelowna area. The new 5 per cent property transfer tax will target sales of homes worth $3 million and up. 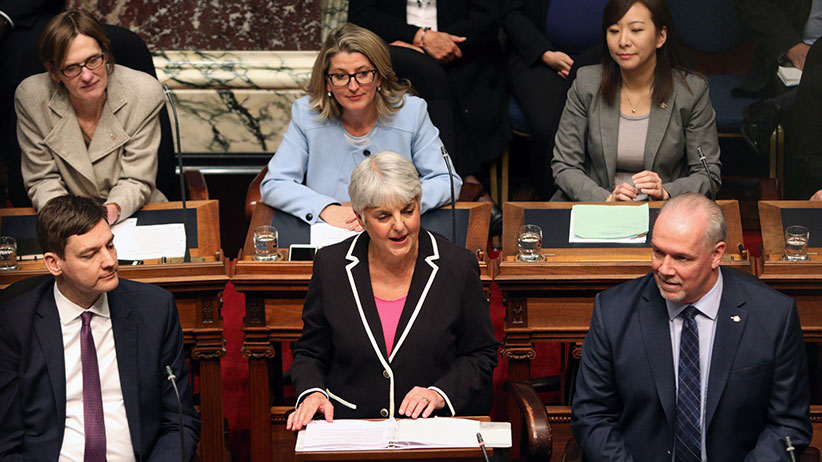 Owing to the shadowy ownership structures that the Land Titles Office hasn’t been able to penetrate—a problem Horgan’s government vows to fix—all that’s known for certain about foreign ownership within Vancouver city limits is that at least 7.6 per cent of all residential properties are now owned directly by non-residents, and roughly one in five condominiums purchased since 2015 are owned by non-residents. Within Metro Vancouver, non-resident ownership accounts for about $45 billion dollars worth of residential property. Roughly 99 per cent of the single detached houses within Vancouver’s city limits, and 73 per cent of homes throughout Metro Vancouver, are now valued in excess of $1 million.

Also in the works is a “multi-agency working group on tax evasion, money laundering and housing” that will bring in federal law-enforcement and tax agencies, James said. There wasn’t much more about that, but B.C. Attorney-General David Eby has appointed former RCMP deputy commissioner Peter German to report next month on how to unravel what he calls British Columbia’s international reputation as “a jurisdiction where the rules do not apply to white collar crime, fraud, tax evasion and money laundering, where even if the rules do apply, enforcement is absent.”

A key component of German’s assignment is to come up with a kind of cartography of the routes that dubious and dirty money takes through China’s currency export controls, and from the drug trade, through B.C.’s licenced casinos into Vancouver’s real estate market.

Recent revelations from the investigations of Postmedia’s Sam Cooper and the Globe and Mail’s Kathy Tomlinson and Xiao Xu have drawn a chilling picture of the underworld Eby has vowed to shut down. Gangland bankers with multiple accounts in China, routinely carrying hockey bags into Richmond’s River Rock casino filled with a half-million-dollar cash loans to wealthy Chinese “VIP” gamblers, for starters. The Globe and Mail recently tracked $47 million in drug-money mortgages and liens on 45 Metro Vancouver mansions.

In the meantime, at a livestreamed post-budget gathering in Victoria, the “Generation Squeeze” activist group was cautiously hopeful. “I think we have to be ‘glass half full’, and today’s budget gives us some reason to be so,” said Paul Kershaw, Generation Squeeze founder and professor at the University of B.C.’s School of Public Health.

Prominent housing activist Brad Barrett, who administers the Facebook group Vancouver is Falling, took a similar view. “I’m happy, so far. It’s pretty progressive,” he told me. The measures to identify the “beneficial” or true owners of residential property, and the provincial collaborations with the Canada Revenue Agency, should scare away quite a few dodgy speculators, he said. “That’s a game changer, I think. The beneficial ownership stuff is pretty awesome.”

But people shouldn’t expect prices to start plummeting, Barrett said. “Anyone speculating for gains will now question whether this market is favourable for them or whether they’ll take this money elsewhere, but it’s hard to see things going flat.”

Andy Yan agrees. Even if the B.C government’s measures were purposefully radical and designed to pop the property bubble, all that would likely mean is a 40 per cent drop in prices. A collapse of that scale might reduce the price of a house in East Vancouver to about $650,000, and that’s still too high a price for most Vancouverites, he said.

“Housing is hard,” he said. “All you can really do is capture all this crazy value that’s coming into the system and direct it to people who need housing. What got us here is a total mess of independent parties acting in their own self interest, which has had a cumulative toxic effect on everything. So, stabilizing the market, okay. That’s fine, but that’s not affordability. Anyone who tells you there’s a simple answer is lying.”