Ted Rogers gets a star on Canada's Walk of Fame 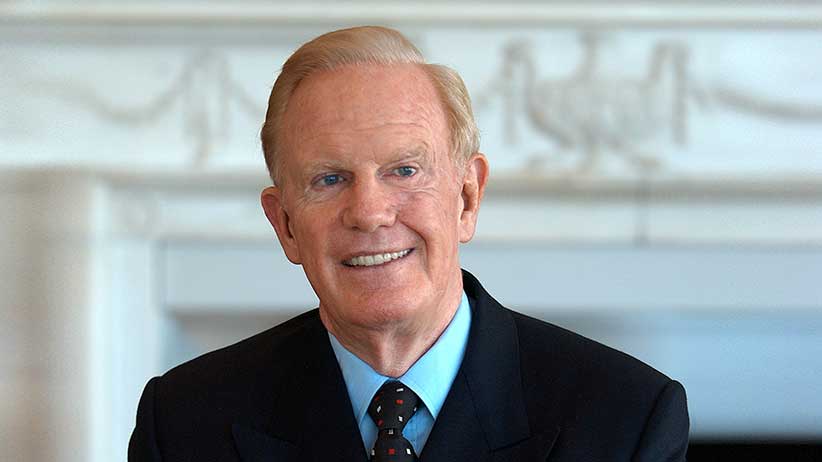 Canada’s Walk of Fame is adding a new category to recognize the country’s most consequential corporate leaders, and Ted Rogers is the first recipient. The founder of Rogers Communications (which owns Maclean’s) will receive one of seven new stars set to be added to the downtown Toronto sidewalk attraction.

Rogers, who passed away in 2008, got his start in the telecommunications business early, rigging up an antenna in his boarding school dorm room and charging classmates to watch TV. He started his namesake company with a single Toronto radio station, later expanding into the media, cable and wireless sectors. The philanthropist was named to the Order of Canada in 1990.

Peter C. Newman, chronicler of the country’s establishment, called Rogers “an entrepreneur extraordinaire—the high-wire trapeze artist of Canadian business.” Newman’s obituary of the man in Maclean’s detailed his ability to find financing and do deals, all in service of growing his telecommunications and media empire. Rogers “would spot a new technology with public appeal and charge into it head-long, so that he could exploit the benefits of that first rush of interest and dollars,” Newman wrote.

That drive made him a demanding boss, longtime colleague and current Rogers vice-chairman Phil Lind admitted to Newman. “Ted worked all the time so, yeah, you could expect calls from him at odd hours,” he said. But the drive—what Rogers called his role as head of “the department of discontent”—helped move the company forward.

Rogers himself laid down a marker for entrepreneurs to come in his autobiography, Relentless. “If my life has a lesson for others, I think it is that everyone has a shot,” he wrote. “Don’t follow a dream; live it. No matter what it is you want, take your best shot. Be passionate and work hard, maybe harder than you ever dreamt, but the opportunity is there.”