The aftermath of the Ottawa-Gatineau tornado

Power could be out in the nation's capital for days after a powerful storm tore through the area. 'It looked like something you’d see in a movie.' 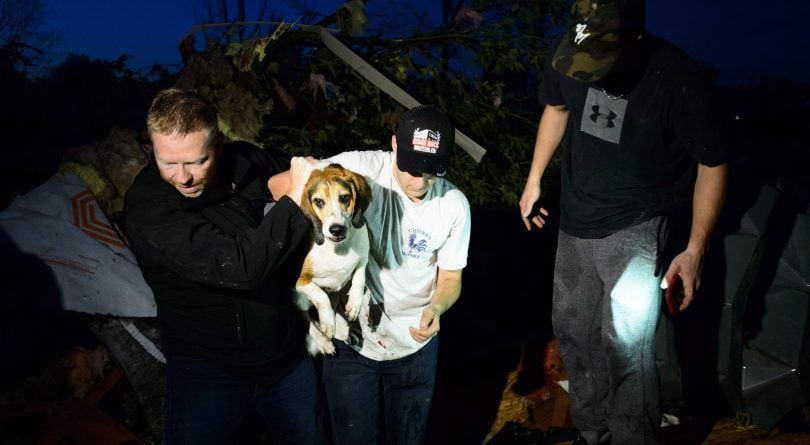 A dog named Charlie is rescued after being found under a pile of debris after a tornado touched down in Dunrobin, Ontario west of Ottawa on Friday, Sept. 21, 2018. (Sean Kilpatrick/CP)

Officials are warning people in the Ottawa area to brace for days without power in the wake of a tornado that ripped through the region yesterday afternoon.

They encouraged residents to stockpile food and water following the storm, which tore roofs off of homes, overturned cars and felled power lines in the Ottawa community of Dunrobin and in Gatineau, Que.

“It looked like something you’d see in a movie, or you’d see in tornado valley in Oklahoma,” said Ottawa Mayor Jim Watson, who had seen drone footage of the twister. “Nothing like this I’ve experienced in all my life living in Ottawa.”

More than 145,000 customers were without power in the city on Saturday morning as a result of damage that Hydro Ottawa CEO Bryce Conrad said was as bad or worse than that caused by a devastating ice storm in 1998.

Conrad said the outages come as a result of “cascading failure” of resources owned by provincial utility Hydro One.

Meantime, the Ottawa Hospital tweeted that five people were being treated for storm-related injuries – down from six last night – with two people in critical condition, one in serious condition and two others are stable.

One of those patients arrived this morning, the hospital noted.

Meanwhile, officials said firefighters are going door-to-door to determine whether structures are safe to re-enter.

Thunderstorms with high winds and a confirmed tornado in Eastern Ontario have caused significant damage to our Merivale Station. Crews are working on restoring power as quickly and safely as possible. Sign up for outage alerts and updates at: https://t.co/04lgwEJXZI pic.twitter.com/R2YZJRrVQS 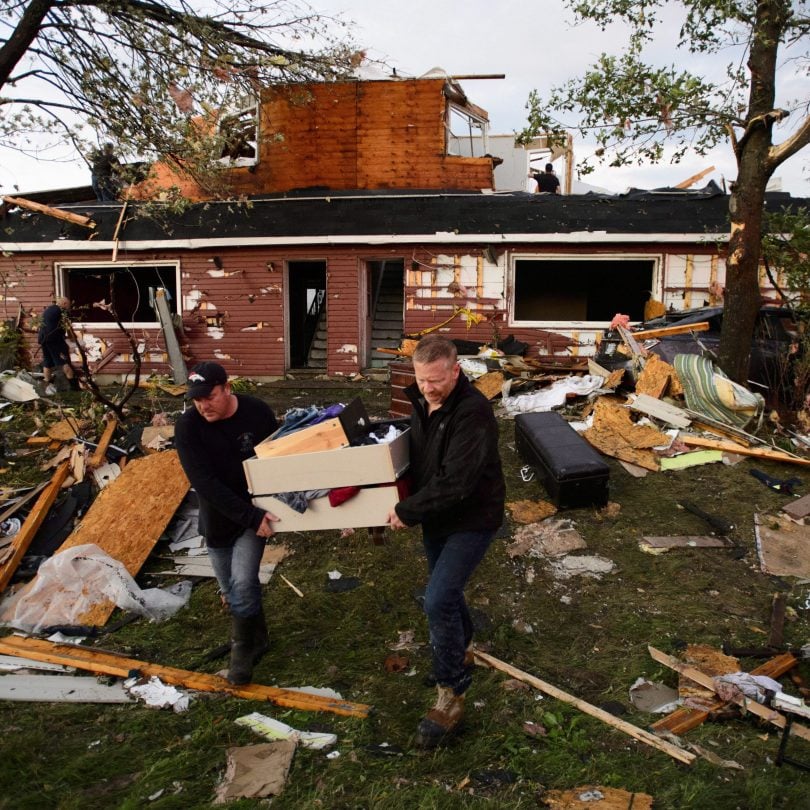 Drone footage showing the extent of the damage in the Greenbank Rd area of the city. For your safety and the safety of our crews, please stay away for all hydroelectric infrastructure. #Ottcity #Ottnews @OttawaOutage pic.twitter.com/TrRxYO18l6 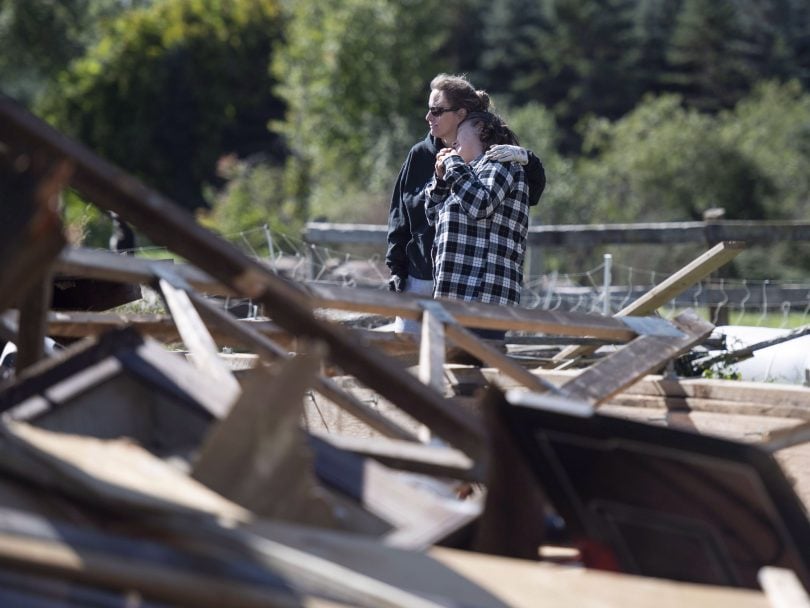 Christine Earle, right, leans on the shoulder of her friend Gillian Szollos as they look at the damage caused by a tornado at her farm in Dunrobin, Ont., west of Ottawa, on Saturday, Sept. 22, 2018. (Justin Tang/CP)

Views from Global Affairs! #Tornado sighting across the river in #Gatineau around 5:15pm. Watch for the fire shortly after I zoom in. Hope everyone is ok! #ONStorm pic.twitter.com/Ux1NBRiKUC 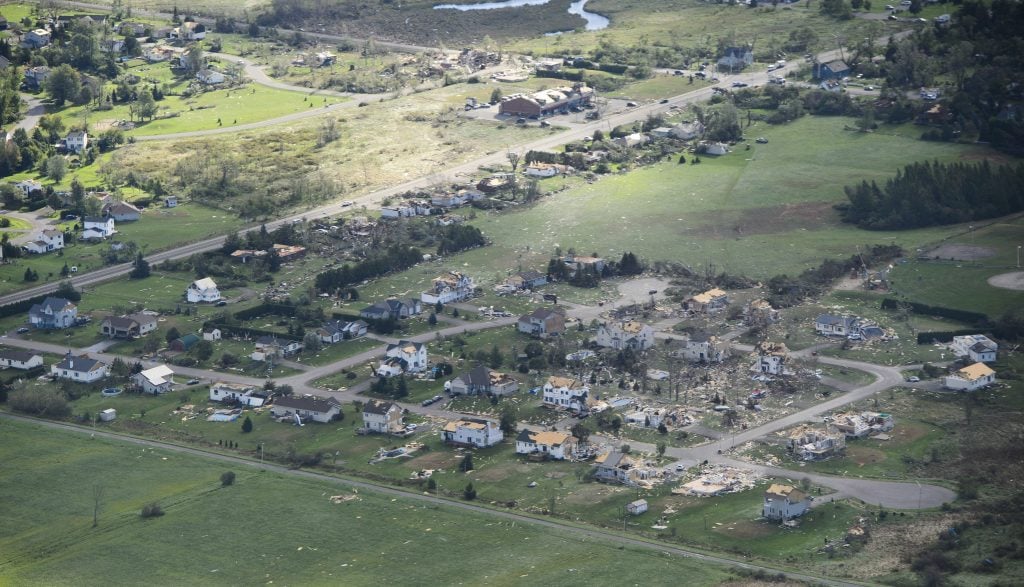 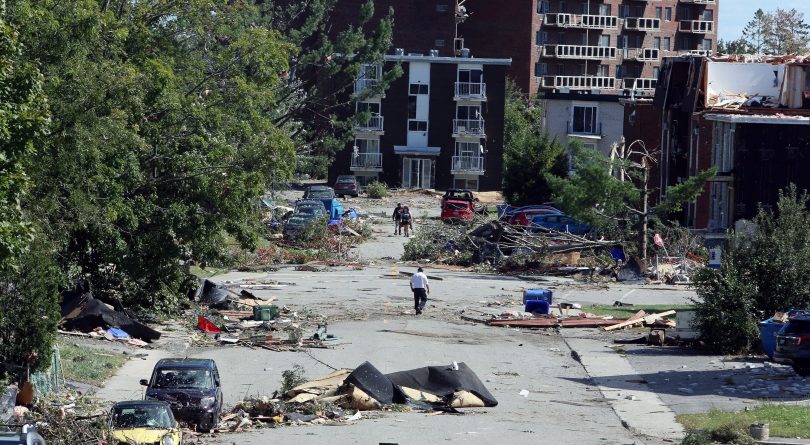 People walk past debris in a Gatineau, Que. neighbourhood on Saturday, September 22, 2018. A tornado on Friday afternoon tore roofs off of homes, overturned cars and felled power lines in the Ottawa community of Dunrobin and in Gatineau, Que. (Fred Chartrand/CP) 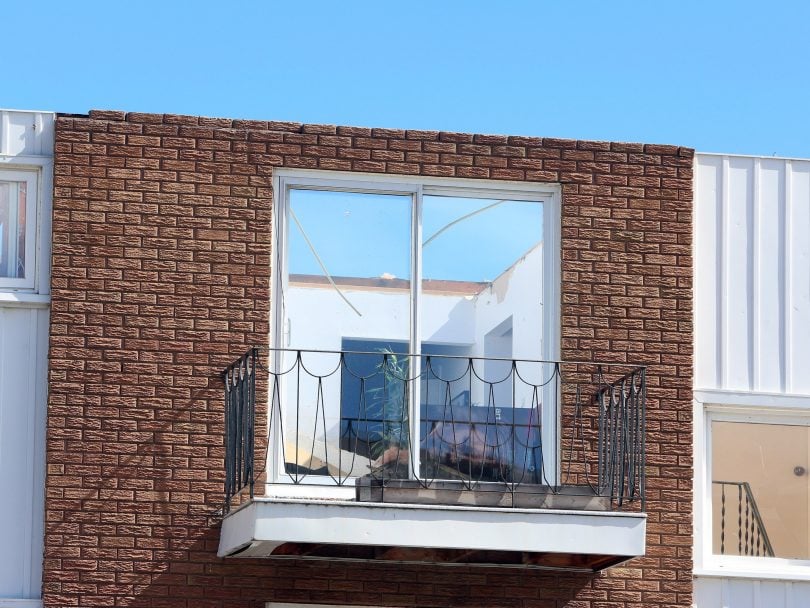 Apartment buildings had roofs torn off and windows blown out and automobiles damaged after a tornado caused extensive damage Friday to a Gatineau, Que. neighbourhood, forcing hundreds of families to evacuate their homes, Saturday, September 22, 2018. (Fred Chartrand/CP) 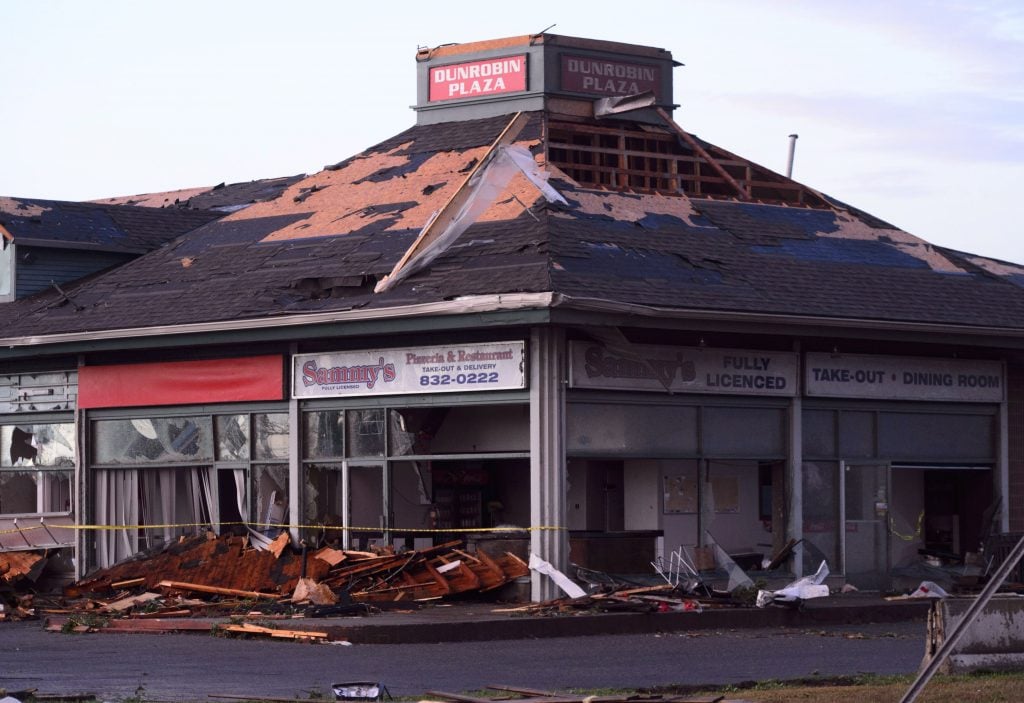 Damage from a tornado is seen in Dunrobin, Ontario west of Ottawa on Friday, Sept. 21, 2018. (Sean Kilpatrick)