Image of the Week: Trump's Europe travel ban exempted the U.K., but the experience of PM's wife—who came home from London and tested positive for COVID-19—challenges the president's logic. 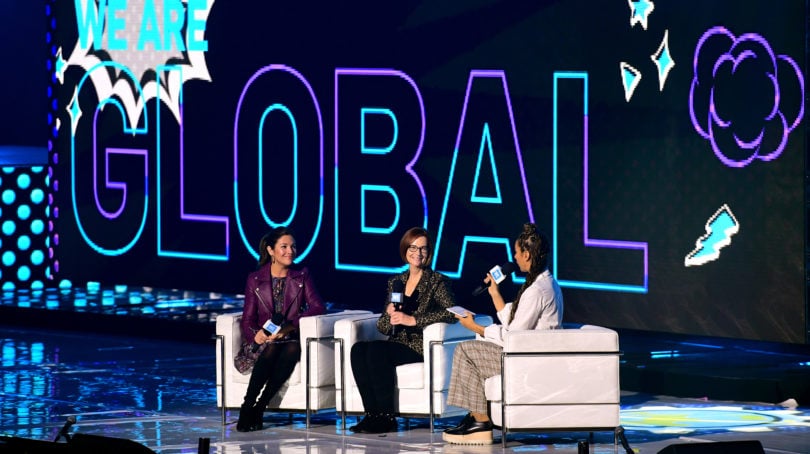 Coronavirus comes at you fast. On Mar. 3, Sophie Grégoire Trudeau spoke at a WE Day event and concert in London, United Kingdom. Had the event been scheduled a week later, it would doubtlessly have been cancelled; since it wasn’t, COVID-19 spread undetected across its hundreds of attendees, including the Prime Minister’s wife. After showing symptoms, she tested positive for the virus on March 12. Justin Trudeau, out of an “abundance of caution,” is also self-isolating for two weeks, though there’s been no mention of his test. But what about their children? What about Trudeau’s mother, who attended the conference with her? What about everyone who took a selfie with Sophie, who may pose a risk? American President Donald Trump unilaterally banned many travellers from Europe—except the U.K. But COVID-19 doesn’t respect national borders. As the slogan behind Grégoire Trudeau ironically reminds us, “We are global.”