The country boy at the heart of four murder investigations

To his friends in northern B.C., Cody Legebokoff was a popular and well-adjusted kid 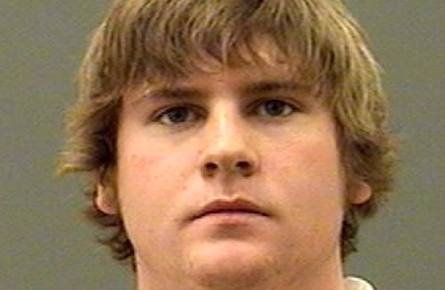 As an anonymous friend of suspected serial killer Cody Alan Legebokoff put it after the life of the country boy with the baby face  and the bruiser’s body began to unravel, “Cody has always been in the wrong place at the wrong time, and this could have been one of those moments.” The post, on the website of Prince George, B.C. TV station CKPG, arrived after Legebokoff, then 20, was charged last November with the first-degree murder of 15-year-old free spirit Loren Donn Leslie of the northern B.C. resource community of Fraser Lake, B.C. The post expressed outrage and disbelief at the arrest of Legebokoff, “my two-stepping partner nights we would go out dancing.” Shock gave way to horror in the Prince George region when the RCMP announced Oct. 17 three more murder charges against Legebokoff in the deaths of Jill Stacy Stuchenko, Cynthia Frances Maas, both 35, and 23-year-old Natasha Lynn Montgomery.

RCMP Insp. Brendan Fitzpatrick, head of  the province’s major crime unit, refused to use the term serial killer in an interview with Maclean’s, saying that is for the courts and experts to determine. Still, he conceded B.C. attracts more than its share of multiple murders. They include the ugly legacy of child-killer Clifford Olson, who died last month, William Pickton, convicted of the murders of six vulnerable women and suspected in the killing of dozens more, and the 18 unsolved murders on the so-called Highway of Tears, the same Prince George corridor where these four women died. Fitzpatrick said forensic evidence and Legebokoff’s young age at the time of the 18 disappearances preclude any link.

Legebokoff is an enigma. At 6’2”, 220 pounds with boyish good looks, he was a popular figure from a prosperous, respected family in Fort St. James, and in Prince George where he worked at a car dealership. He skied and snowboarded. He played minor hockey; his father coached. While the family has retreated from public view, his grandfather, Roy Goodwin, told the Vancouver Sun he was ”a perfectly normal child.” They hunted grouse together, and fished for trout, he said.

Even Doug Leslie, the father of 15-year-old Loren, said he came from a good family. Although he doesn’t know them personally, his parents and Cody’s grandparents socialized together in their younger years. “It’s got to be very hard on them, too. They’re losing a son. Not in the same way.”

Legebokoff was a heavy user of Internet social networking sites like Nexopia, calling himself 1CountryBoy in chatrooms and while trolling for girlfriends. His online life may have linked him to Loren, her father said. He speculates they met briefly in a shared circle of acquaintances in Prince George, leading to a Facebook friendship. “Then telephone, text, go for coffee—and this is the result.” Leslie, who works at the local mine, has established a foundation in his daughter’s name. Warning families of the potential risks of online relationships will be one of its priorities, he said. “That’s my obligation now.”

Fitzpatrick also warns that predators don’t just operate on lonely roads, but also in the bright spaces of the Internet. Parents need to be aware that social media sites, even forums for games like World of Warcraft are the new hunting grounds, he said. Weeks were spent examining not only the forensic evidence of the bodies, and Legebokoff’s pickup truck, but also his computer and electronics.

In this case, the investigative trail is both electronic and as obvious as tire tracks in new snow. But it began with luck: a patrol officer  from Fort St. James and another from Vanderhoof, meeting on a lonely stretch of Highway 27 that Saturday night to exchange case notes. The officer from Fort St.James noticed a truck pull out from a logging road about 9:45 p.m, in an area where wildlife poaching justified a traffic stop. The second officer arrived on scene; neither was satisfied with Legebokoff’s answers. They summoned a conservation officer from  his home, who followed the tire tracks into the forest, where Loren’s body was found just before midnight, a half-kilometre up the road.

That arrest—coupled with evidence gathered after police took the unusual step of sending Loren’s body to a forensic specialist in Pennsylvania—triggered a continuing investigation. Police agencies in B.C. and Lethbridge, Alta., where Legebokoff lived for part of 2008-2009, are tracking other major crime cases to see if there are links with Legebokoff’s whereabouts, Fitzpatrick said.

Did the arrest spare other victims? Fitzpatrick said forensics would have eventually led police to the killer. But, he conceded, “there had been no real contact with Mr. Legebokoff that would ever cause us to starting looking at him as a person of interest.”

He wasn’t on anyone’s radar in a region that has known too much loss. It was his bad luck that night to meet two officers with sound instincts—in the right place, at the right time.