Theodore Fontaine’s mother was constantly hearing about the luxuries of residential school: running water, electricity, heat and the prospect of graduation. “My mom didn’t understand what graduation was,” Ted says, “but she understood the result: leaving and enjoying the amenities we didn’t have.” So when Ted, a seven-year-old member of Sagkeeng First Nation, left for Fort Alexander Indian Residential School, neither he nor his mother had any suspicion of the physical, mental and sexual abuse he’d endure.

“It was apparent the first week,” Ted remembers. The Catholic priests and nuns inundated him with the idea that Aboriginals were savages and that only the Church could civilize them. They had to cleanse the children—or at least that’s how they justified the sexual abuse. The devil doesn’t like dirty crotches, they said; Ted would have to be “cleaned.”

FROM THE ARCHIVES: In 2000, Maclean’s reported on the tragedy and trauma of residential schools in “Abuse of Trust”

Ted found some solace in the rare kindness of particular teachers—one had broken the party line by telling Ted’s mother he had a special talent for writing—and in hockey. Coaches told the players, “Don’t get too high on yourselves. You’re not that good.” But they were: in 1956, Ted’s team won the inaugural residential school tournament. “I always thought to myself, ‘There, take that!’ ”

Summers were painfully blissful. “We had a hard time being free from school,” Ted remembers. “We would look at our parents and grandparents as less than we were.” Still, he was elated to go home—and terrified to return in the fall. “The dread that I had remains with me,” he says. “The early part of September, it’s almost like hell.”

After 12 years, Ted left residential school, aimless, confused and burdened by memories of abuse. “I went to the love and friendship of the bottle,” he says. The flashbacks weren’t bad at first, but they intensified as repressed experiences resurfaced. “Even now, my wife wakes me up in a moment of paralysis, moaning and screaming and crying.”

Ted now sees his life in four phases: innocence, destruction of the child, survival and, most important, reconciliation. The last chapter began when Ted studied civil engineering and was offered a job with the federal government in Ottawa. Every position he’s held since—Sagkeeng chief, exploration crew leader, Assembly of Manitoba Chiefs executive director and more—has helped him rediscover the self-worth that residential school stripped away. Marrying an English-Swedish woman began to repair his attitude toward non-Aboriginal people. Hockey once again played a part, too: In 1983, Ted and the Sagkeeng team won the old-timer’s world cup. 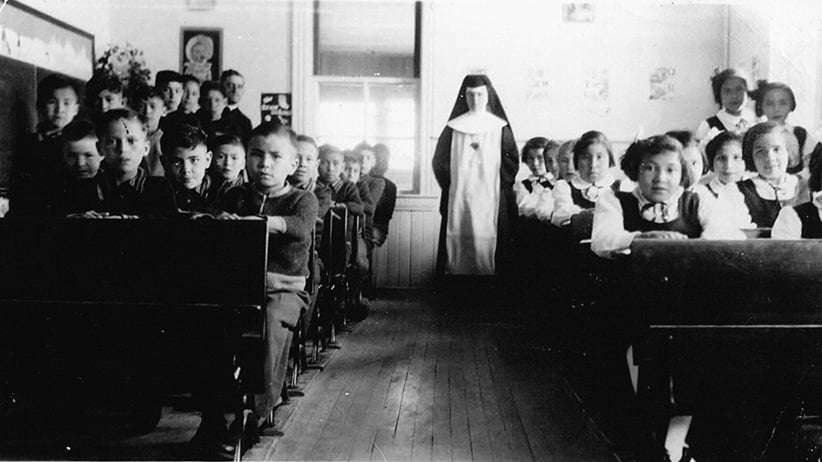 In 1990, Ted’s cousin Phil Fontaine, the soon-to-be national chief of the Assembly of First Nations, became the first Aboriginal leader to publicly speak about abuse in residential schools. “It was a very simple comment,” Ted says, “but it had such a huge hammer.” Suddenly, dormant stories came to forefront; 20 years later, Ted shared his own in a memoir titled Broken Circle: The Dark Legacy of Indian Residential Schools.

In the book, Ted fondly recalls his graduation from the Northern Alberta Institute of Technology in 1973. “After I had accepted my diploma, who do I see? On the edge of the huge crowd, my mom was there,” he says. “She was crying. It gave her a completion of what she had dreamed of.” — Luc Rinaldi