The fire that Justin Trudeau can't get under control

Image of the Week: A nighttime blaze on the railway tracks became an apt symbol of protests across the country 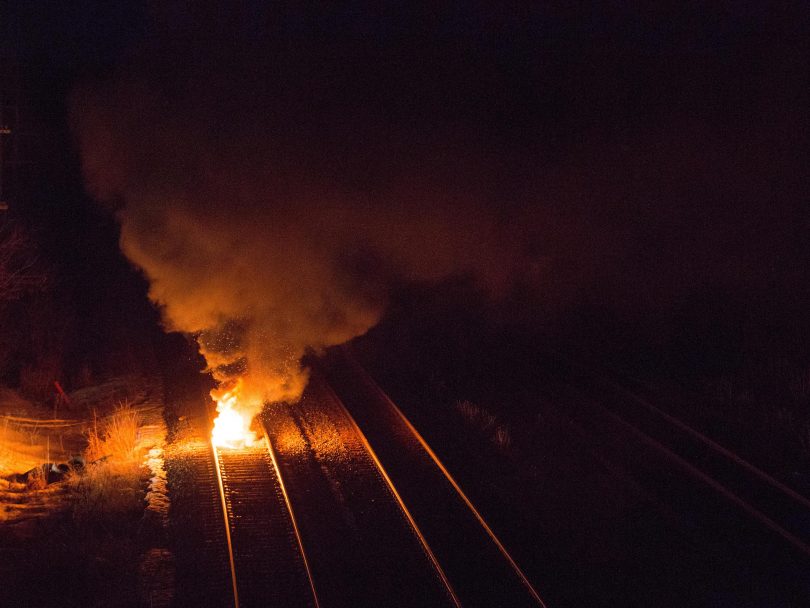 A fire burns on the recently-opened CN tracks in Tyendinaga, near Belleville, Ont. Earlier in the day, police had removed a blockade in support of Wet'suwet'en Nation hereditary chiefs. (Lars Hagberg/CP)

Justin Trudeau had to see this coming. On Feb. 21, after weeks of equivocal attempts to pacify pipeline producers and the First Nations protesters who oppose them, the Prime Minister announced, with surprising force, that “the barricades must come down.” In the days that followed, journalists grilled his cabinet ministers as to what exactly that meant. Was the government encouraging physical force by police? Did the Liberals suddenly agree with Conservatives? Both kind of turned out true. The Ontario Provincial Police demanded Mohawk protesters who’d set up economically crippling railway barricades in Tyendinaga, near Belleville, Ont., remove their blockage from the tracks by Sunday night. The Mohawks refused. So in the OPP went, removing the blockades for them. Hours later, the protesters returned—this time with matches. Fire on the tracks would become an aptly symbolic prologue to even greater protests across the country, involving dangerous stands in front of oncoming trains and major disruption at Toronto’s Union Station during rush hour, resulting in numerous arrests. The question now: how long will it take to put out the fire?