Richelle Shiner has been called the luckiest baby in the world 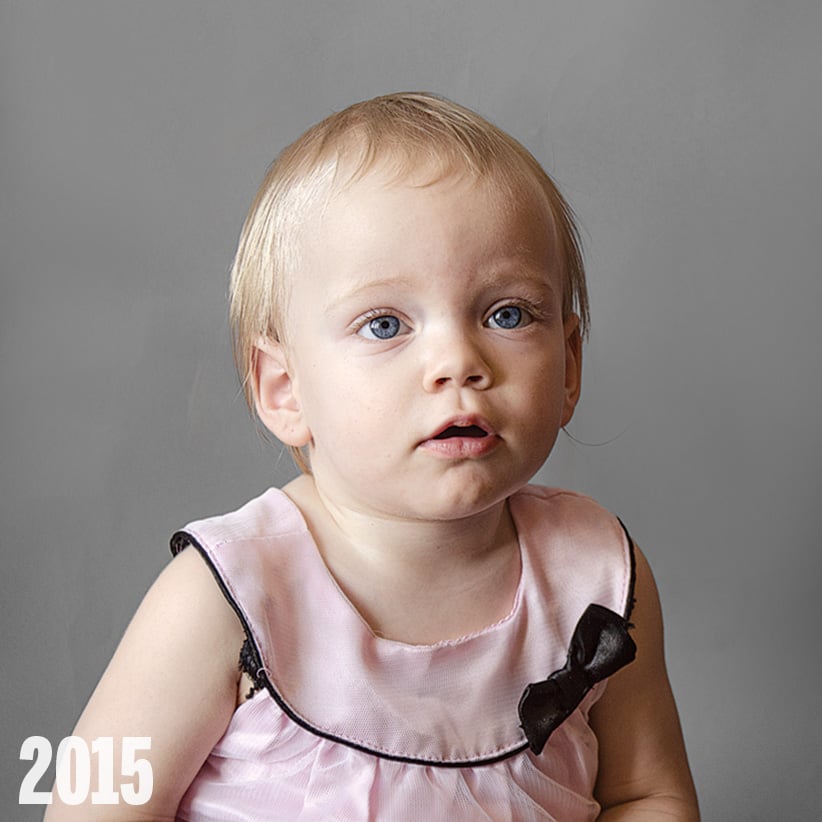 “Good morning, good morning, good morning to you!” This tune marks the beginning of each day for Richelle Shiner, as her mother, Sandra, enters her bedroom in song. As the first Canadian born in 2015, Richelle was featured on the cover of Maclean’s as “the luckiest baby in the world.” Part of a generation with unprecedented access to education, health care and opportunities, Richelle Sandra Marie Bonnie Shiner is an infant for whom the future shines bright.

“I’d like to see her do something big,” says Sandra, who hopes Richelle might become the first in her family to attend university or college. Her four brothers range in age between three to 19, and her father, Rick Dicks, is looking for work, while Sandra stays at home. Richelle, born at 12:39 a.m. on New Year’s Day in Springdale, N.L., lives in a time and a country with some of the highest rates of high school and post-secondary graduation—along with lowest crime rates—in history. With recent advances in medicine and transportation, she can expect 84 years of the highest-quality life.

As a toddler, Richelle already glows with potential. She will start swimming lessons next year; she is fearless in the face of wildlife; she scribbles with crayons. While Richelle can hardly hum yet, she is beginning to talk. As Sandra says, “She can get her point across when she wants to.”

As further good fortune, Richelle reaps the best of both the technological and natural worlds. Richelle will have access to iPads and cellphones in her teenage years like her siblings, and technology actually saved her life. When Sandra went into early labour in December 2014—after a 32-week term—she had to be airlifted to St. John’s, and doctors performed an emergency Caesarian section, and monitored Richelle for weeks in the neonatal intensive-care unit. Along with becoming technologically savvy, Richelle could also learn to live off the land. She currently eats rabbit stew and boiled moose meat from animals hunted by her uncle (she enjoys everything except hard cheese), and Sandra recently took up game hunting. “It does get quite expensive feeding them,” says Sandra. “They’ll know what it is to provide for your family.”

The Shiners certainly provide for Richelle. As the only daughter, Richelle has been showered with frills. “She’s got a few dresses to her name,” says Sandra. “Some are right poufy.” That’s not to suggest Richelle conforms to traditional gender roles; her brothers let her borrow their trucks, and her father welcomes her help with sorting his tools. After a bottle of milk and a bowl of rolled oats each night, she goes to sleep only if both her parents tuck her in.

Richelle’s greater community adores her like their own kin. Her father’s fisherman friends have spent days with the baby sitting in her car seat on the dock, and her mother’s friends will take care of her when Sandra is hunting. The municipality offers free daycare twice a week, although when Rick brought home the forms to sign up, Sandra preferred to continue caring for the baby herself.

While she may be only a year old, Richelle has a strong cultural identity. When Rick brought home three live trout for her to see, she found them flopping in the sink. “Aw,” she said, as though she wanted to cuddle them. She leaned out of her mother’s arms, caught hold of one of the trout and pecked it with her lips. As her mother says, “We’re Newfies.” — Meagan Campbell