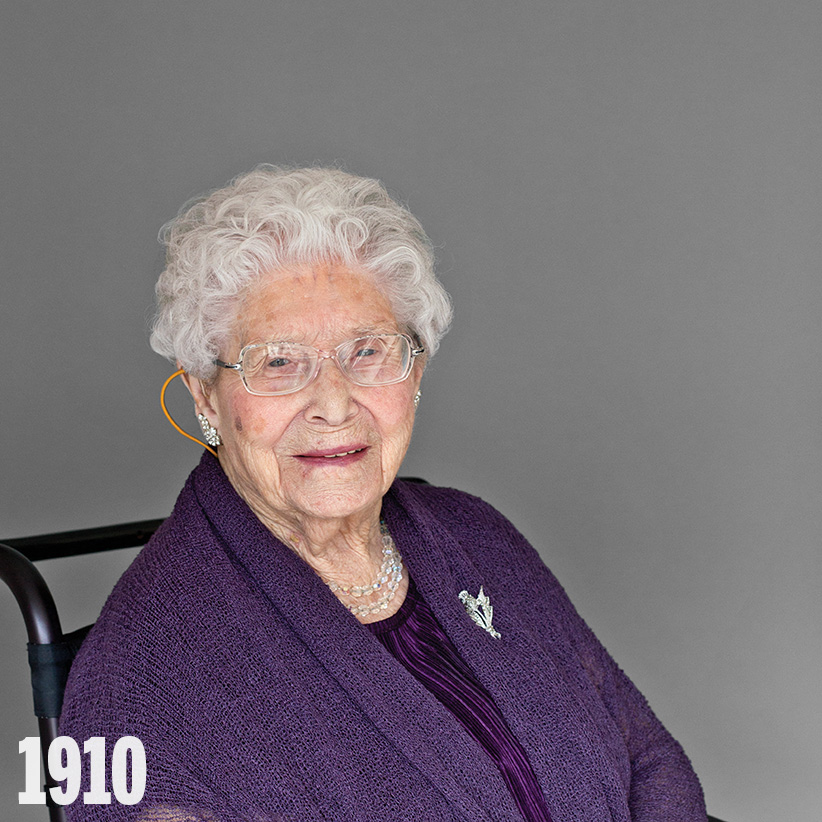 A nurse and world traveller, Dorothy Hollands founded a candy stripers chapter and journeyed across North America and Europe. Here, she recalls the last century in her own words.

On growing up in London, Ont.: My folks had just come over from England. I guess there were problems going on, and a lot of people all came over together and ended up on the same street. We had big front lawns to play on. On the whole block there were two houses. We could play all we wanted and go for ice cream. He’d be ringing the bell and we’d go out to the road. We’d take four copper with us and get a nice scoop.

On family: My brother, Alfred, was born about two years before me. I was born in 1910 and my sister, Jean, was 1914. We got along great. But my little sister took sick. She had diphtheria. She died within 24 hours. That was a big loss. It was just so terrible for us all.

On becoming a nurse: My dad had a sister who was a nurse, and I liked her. I thought, you know, I don’t know what nurses do exactly, but they look after people who are sick. I’d like to do that. When I was 19 years old, I went to Victoria Hospital in London and graduated three years after.

On the Great Depression: Nobody had any money to spare, and we were working a lot without getting paid. There were six interns; they had graduated and got their diplomas, but there was no work for them, so they just kept on studying.

On starting the candy stripers: In the afternoon, the school children would rush to get home and get supper. I thought it would be nice if we got those girls to come right from school and get patients out of bed and get them all washed up and ready for supper. Then they’d help clear the dishes up and rub people’s backs. They really enjoyed it, and I think some of them went on to become nurses. That got started in other cities, too. 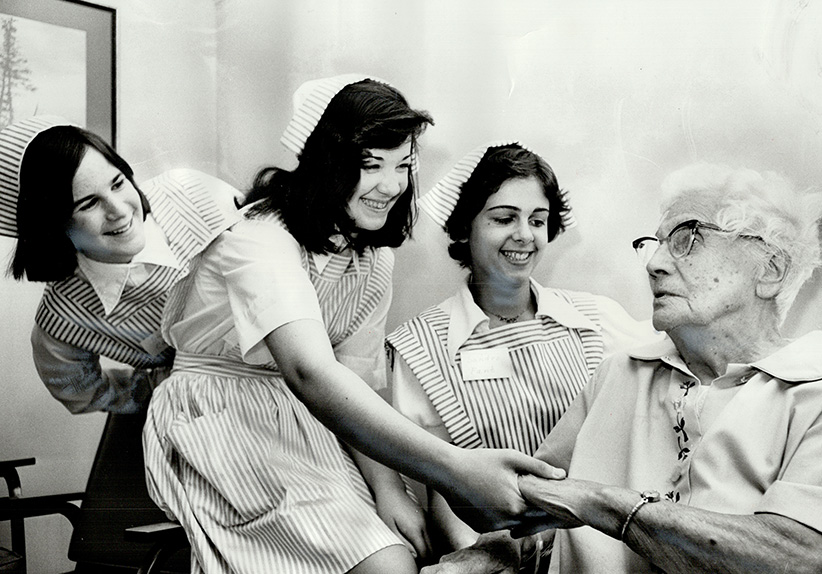 On getting married: My husband was working in the hospital. I didn’t know this, but he had his eye on me, and eventually we got married. We got this house around the corner from the hospital and had this beautiful long garden. We had all kinds of fruits and vegetables, and we had more than we could eat, so we took some in a great bowl for the staff to eat.

On travel: Jim, my son-in-law, was living in Germany and working with the Air Force, so he called me up and said, “As soon as Dad gets off tonight, get your things packed and you can come to Germany right now. We’ll meet you at the airport and you’ll be with us for Christmas and New Year’s.” I said, “I’ll bring the Christmas pudding!” And I did. And we lived happily ever after. — Luc Rinaldi