The ‘Fiscal Four’ fight the deficit

Are the four working with Ed Stelmach, or against him? 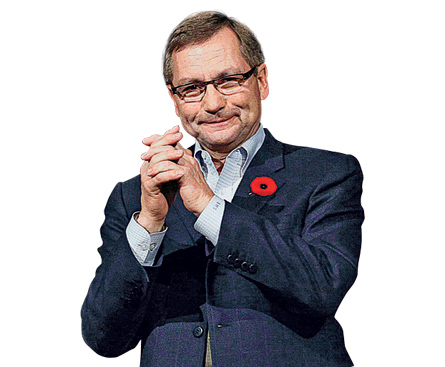 Four young right-wing Tory MLAs in Alberta have banded together to form what local media have dubbed the “Fiscal Four”—an all-for-one, one-for-all political unit dedicated to keeping the Alberta Tories on a tight fiscal leash.

Alberta’s Tories have seen such groupings pop up in caucus before: Premier Ed Stelmach is himself a veteran of the Deep Six, which in the 1990s lobbied for deeper, faster cuts under Ralph Klein. But this cohort arrives at a delicate time for the Tories—the party has dipped to a 16-year low in the polls, due largely to a $6.9-billion deficit, and a recent poll showed the fiscally hard-nosed Wildrose Alliance outpacing the Tories in Calgary. Earlier this month, Stelmach survived a leadership review vote in which one in four delegates cast ballots in favour of tossing him.
So some see in the four a prelude to the balkanization of the Tories. Fawcett, for one, made headlines in September after criticizing Stelmach in the wake of an embarrassing Tory by-election loss. “We both agreed we need to do our jobs better,” he says. All claim they support Stelmach and reject talk they’ll soon join the Wildrose. Others see the four as a clever PR gambit by the premier’s office to safely trial-balloon policy.

Pollster Janet Brown, whose seat projection modelling is notoriously accurate, notes three of the four (those in Calgary) would have risked losing their seats had an election been held in late October. “They’ve come to the conclusion the party needs to make a hard turn to the right to win back the support they’ve lost to Wildrose,” she says. Which begs the question: are these musketeers really just into self-preservation?