The ground is shifting beneath Alberta's feet, and Kenney still wants to build walls

Jason Markusoff: The Fair Deal Panel's biggest ideas seem out of step with the province's current economic state—and the mindset of its people 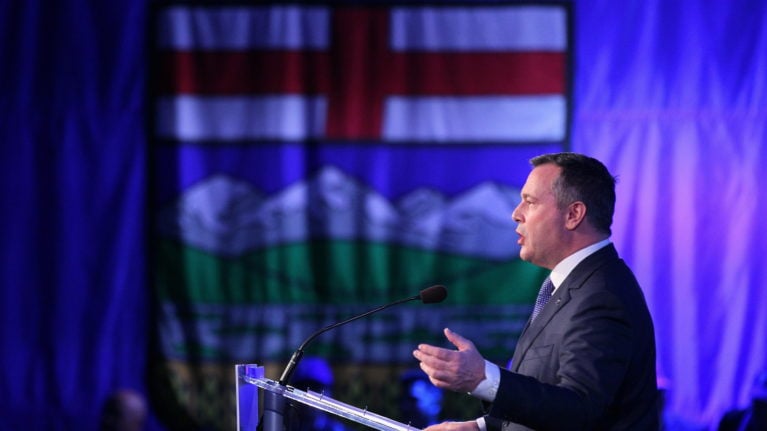 As Canada reopens from the many shutdowns of the pandemic, few political leaders have been as keen to return to normalcy as Alberta’s Jason Kenney. With a reeling economy that needs a relaunch, the premier has argued Albertans should feel comfortable doing what they enjoyed before the coronavirus: dining at their local restaurants, spending at shops and on services, and seething at Ottawa.

He’s an ambitious politician with myriad priorities to plow ahead on, as though this latest life-altering health crisis provided a brief pause, then the political “play” button could put life back on at regular speed. Witness his government’s unabated push in the midst of the outbreak to impose pay cuts on Alberta’s physicians and seed the ground for more charter and private schools. Thursday’s normalization efforts involved defrosting this past winter’s Fair Deal Panel, an initiative Kenney launched in the bitter aftermath of the Trudeau Liberals’ re-election victory last October.

With the panel’s report in tow, and brimming with grievances and sentiments from that long-ago epoch between December 2019 and March 2020 (Before Covid Era), the Kenney government will commit Alberta to a 2021 referendum proposing the wholesale abolition of federal equalization, and will seriously study extricating the province from the Canadian Pension Plan while getting rid of the RCMP in favour of a provincial police force.

RELATED: The end of Alberta exceptionalism—well, the part Jason Kenney never cared for

Even when Kenney launched this panel last fall, the idea that Alberta should explore warmed-over concepts like an Alberta Pension Plan and new provincial badges for the cops seemed like distractions from the province’s economic doldrums and struggles to get oil pipelines built. Now, the old federal-provincial fights and the spectre of new, Alberta-only bureaucracies must jostle for space in the public imagination with swollen unemployment ranks, a bleak future for the oil sector, the ongoing burden of life in a pandemic and lingering worry about outbreak.

And that’s just among the locals. How much harder is it to get the federal government’s attention now on longstanding beefs like Alberta’s transfer entitlements—at a time when Ottawa has showered heavy relief spending upon every corner of the country while providing special support for oil well cleanup and loans to corporations. Alberta’s habit of threatening to erect anti-Ottawa firewalls formed when it was Confederation’s economic powerhouse fond of applying leverage. A half-decade of oil price slumps, and now a steeper decline, have greatly reduced its bargaining position; the province is now more likely to demand greater federal grants out of sheer need, rather than notions of fairness.

The merits of these ideas seem even more dubious in the current economic climate. Why should Alberta ditch RCMP contract policing for a provincial service? The panel relays grief from mostly rural Albertans demanding greater emphasis on local crime issues, and officers more invested in their communities than ones who get transferred off to Yellowknife or Antigonish, N.S. On the other hand, Alberta would find itself on the hook for part or all of the $112.4-million federal contribution to local policing, or 30 per cent of detachment costs, the report acknowledges. For a provincial government keen to curb expenses—and which already gets to set priorities and goals of RCMP in Alberta—the cost-benefit equation seems rather plain. (Consider, too, the possible scenario where Alberta severs its contract with the RCMP for small-town and rural policing while mid-sized cities like Red Deer and Fort McMurray keep their separate deals with the Mounties for municipal law enforcement; the result would be a strange jurisdictional patchwork of an Alberta Police Service, RCMP and municipal forces.)

Similarly, if Alberta made like Quebec and started its own pension plan, it would create a new spate of provincial line items for fund administration in doing so. The panel’s enthusiastic embrace of this idea—and Kenney’s keenness to have Alberta Finance study it—seems to have fully ignored the latest run of stories heaping shame upon AIMCO, Alberta’s wealth management fund that suffered deep losses due to questionable investment strategies, and fared worse in the downturn than other pension funds.

Moreover, it might be time to reconsider the rationale for two decades’ worth of rhetoric in favour of an Alberta Pension Plan: that Albertans are, on average, younger than Canadians elsewhere, and could pay lower premiums without all those greyer provinces in the fund pool. Just as it’s become clear the oil-wealth glory days don’t last forever, the provincial fountain of youth may dry up, too. Lisa Young, a political scientist at University of Calgary, noted Wednesday the cautionary tale of Newfoundland and Labrador, which until the 1990s’ cod fishery collapse had the lowest median age of any province. Within 15 years, it had the highest. Going it alone on pensions is a risky bet on an everlasting Alberta status quo.

Kenney’s renewed embrace of a referendum to somehow stick it to the feds on equalization also assumes that Alberta’s position as a “have” province is eternal (though an immediate plunge to have-not status seems unlikely). But the idea remains as legally dubious as it always did. A referendum decision in favour of reform would not in itself force Ottawa or other provinces to actually do anything to retool the formula. And the actual question is disingenuous, because it asks about the outright removal of the equalization program from the constitution, something Kenney has always stated that he and Albertans don’t actually demand. This is perhaps why the referendum had long existed in Kenney rhetoric as a threatened tool that would only be wielded if bitumen pipelines (particularly the Trans Mountain expansion) didn’t proceed. The Fair Deal Panel at least had the logical decency to separate the pipeline and equalization issues. Kenney is now doing likewise, putting a question to voters in the fall of 2021 that is equal parts nebulous, emotionally charged and mired in technical federal-provincial complexities.

While these ideas will be billed as classically populist, they aren’t popular. A CBC-commissioned survey in March put support for retreats from the RCMP and national pension system at 31 per cent and 34 per cent, respectively. Kenney’s panel did its own polling, and those two options landed near the bottom of a list of potential measures to improve Alberta’s lot in Canada, ahead of only separation.

Yet Kenney will keep stoking these smouldering embers. He longs to return to the old normal that gave him his first win: an economically potent province that just needs pipelines to bounce back, a public zeal for leaner government and an angry electorate. Recalling the heyday of last fall’s anti-Ottawa mood is a good way to avoid paying attention to ground that is shifting beneath his feet, bringing into view an Alberta whose people cling hard to reliable public services and whose economy is seriously diversified away from oil and gas—yet more reliant than ever on support from the central government headquartered two time zones away.